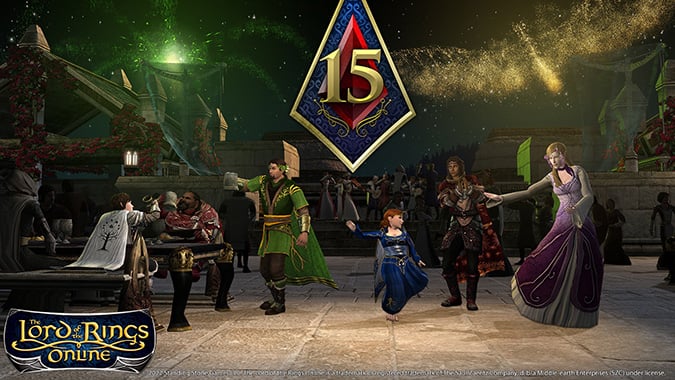 Lord of the Rings Online may have launched in 2007, but it’s still going strong. And to celebrate its 15th anniversary this year, the game developers have quite a few treats in store for players old and new from expanded free-to-play content to an assortment of anniversary gifts including giving away three entire expansions, giving players access to more free game content than ever.

It couldn’t be a better time to give the game a try. Even if you don’t want to play LotRO right now, it may be worth creating a free account and logging on during the anniversary event to get your account flagged now for all these goodies to enjoy later.

So what will players get during the 15th anniversary? Let’s take a look.

More of LotRO is free to play

The first big surprise is that the developers have opened up huge portions of the game to play at no charge. Before now, the game only allowed new adventurers to play for free until level 30 which is about 2/3rds of the original content that was released at launch. But with Update 33 released on April 20, 2022, players can explore all the way to level 95 (out of currently 140) at no charge. And if you sign up to be a VIP member by subbing monthly, you will get access to three of the four expansions released after level 95 which will take your character to level 130. That’s the entire game for free up to the latest expansion.

But wait, because it gets better. 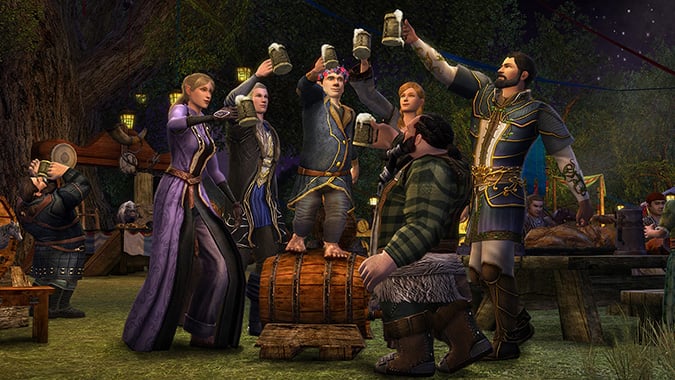 If you log on during the anniversary event going on now you will get all three of those expansions covering levels 95-130 for free permanently, along with the collectors’ edition perks for each one. Those perks include mounts, cosmetics, pets, and, most importantly, two free character boosts: one to level 105 and one to 120.

Back to the free-to-play changes sticking around after the anniversary event: some of the premium races and classes are now free. This includes the High Elf race, the Warden and Rune-keeper classes, and the Beorning which are shapeshifting bear people that are both a race and class that are exclusive to themselves (think Dracthyr Evokers). Other more recent premium races like Stout-axe Dwarves and premium classes like the newly-introduced Brawler will still only unlock through store purchase for now — but if you play during the anniversary event you’ll get access to the Stout-axe Dwarf race as it comes with one of the expansions being granted for free. 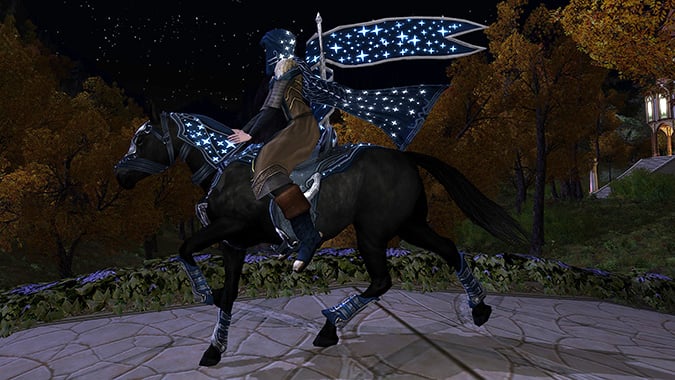 On top of the free-to-play changes, players will receive gifts just for logging in during the 15th anniversary event. Along with the three free expansions, players logging in from Wednesday, April 20, 2022 at 10 a.m. ET – Tuesday, May 3, 2022 at 3 a.m. ET will receive a plethora of cosmetic, pet, mount, and boost items. They will just have to get a character to level 2 which takes just a few minutes.

The highlights for all players logging in during the event includes a new Corgi pet, starlight-themed mount, and a level 50 character boost. They will also receive 10 Mithril Coins (the premium currency for in-game purchases), the ability to ride horses (so you don’t have to unlock it in the store), and a plethora of boosts to help you on your adventures.

If you are a VIP subscriber, you get all of the above plus a starlight-themed cloak to go with your new steed and an aura effect for your weapon as well as 40 Mithril Coins, the horse riding ability unlocked, and a second set of in-game boosts. 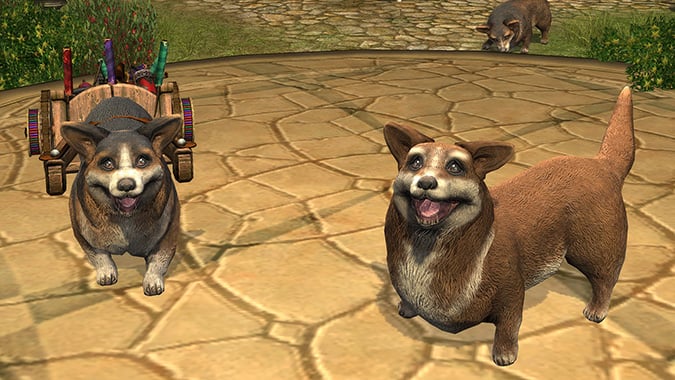 The road goes ever on

Having played avidly for years I can tell you that the game is still thriving. The servers are filled with active players, the community is very open and helpful, and content updates roll out steadily. The devs and the parent company have stated that there are plans for many years to come for the title.

Though the graphics are a bit outdated, the immersion level of the game is still its strongest attribute. You will feel like you’re in Middle-earth as you aid the Fellowship to the gates of Mordor. You’ll find the Shire is bright and cheerful, the mines of Moria are dark and foreboding, and the epic final stand at the gates of Minas Tirith against Sauron’s forces is breathtaking and cinematic in its execution. The developers have also rolled out an additional epic storyline after the one that follows the events of the trilogy that explore how the races of Middle-earth rebuild after the defeat of the Dark One.

And if that isn’t enough to convince you, the game has some of the most robust player housing features in the genre.

So if you’re looking for a game to fill your time until the next WoW expansion rolls out (hello Dragonflight!), I highly recommend giving Lord of the Rings Online a try. Getting started info (and much more) can be found on the unofficial wiki and the LotRO subreddit has lots of great resources in the sidebar as well as a helpful community.

Blizzard Watch is made possible by people like you.
Please consider supporting our Patreon!
Filed Under: Free To Play, Lord Of The Rings Online, Lotro, Mmorpg, Player Housing
Advertisement