Wrath of the Lich King Classic will run on patch 3.3.5 — but what does that mean? 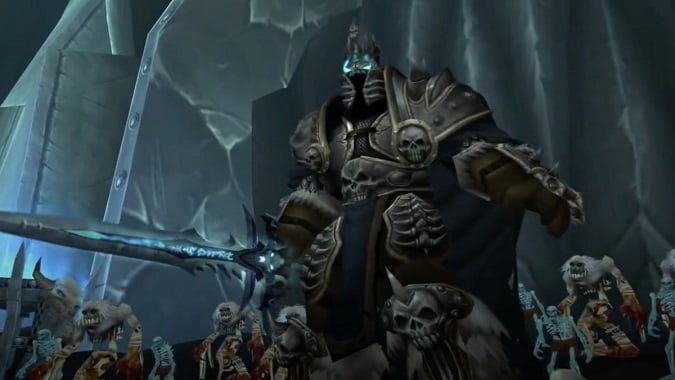 In the wake of the announcements of Dragonflight and Wrath of the Lich King Classic, we learned that like Burning Crusade Classic, Wrath Classic will run on its final patch — patch 3.3.5. Patch 3.3.5 is used primarily for class balance, but not necessarily for systems and features. Content like dungeons and raids will roll out in phases as it has for the past two versions of Classic. Technical Director Tim Jones described 3.3.5 as the, “most balanced and complete version” of the game. 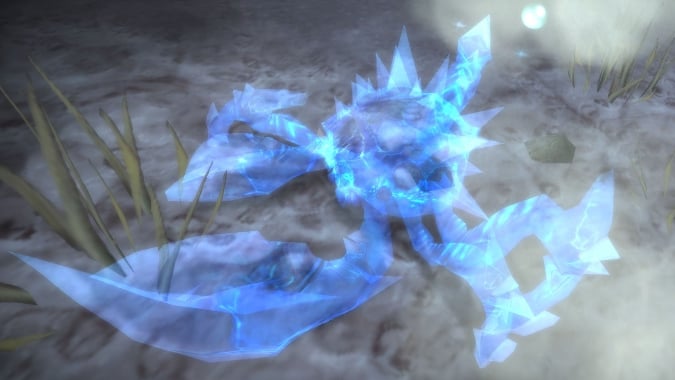 Bring the player not the class

The overriding design paradigm for raiding in the original Wrath of the Lich King was, “bring the player not the class.” Communicated by then-lead developer Greg Street, a.k.a. Ghostcrawler, it was a response to some of the extreme class stacking seen in the Sunwell raid in Burning Crusade, and a solution for the problem of convincing raid leaders to find spots in their rigid rosters for the new Death Knight class. At this point in World of Warcraft’s history, flex size raids didn’t exist. Raids were fixed in size — either 10 player or 25 player.

The intent of the phrase, “bring the player, not the class,” was that the player’s ability to play their class was more valuable than the class itself, which runs counter to the, “a moment to shine,” paradigm of Battle for Azeroth and Shadowlands. Important buffs could be provided by a variety of classes, though sometimes with a different name or class flavoring. For example, Replenishment was a critical buff for raids. It provided 1% of maximum mana every 5 seconds for 15 seconds, or 3% over the full duration to up to 10 party or raid members with the least amount of mana left. Replenishment could be triggered by Enduring Winter from a Frost Mage, or Soul Leech from a Destruction Warlock, or Communion from a Retribution Paladin, or Hunting Party from Survival Hunter. Hunting Party would get removed in 4.0.1 (Cataclysm) when Hunters moved to Focus as their main resource instead of mana.

Encounter designers were charged with making sure that no one single class was necessary. Previously, you had encounters like the boss Viscidus from Ahn’qiraj, who could only be killed with frost damage, or Reliquary of Souls in Black Temple which needed the Protection Warrior’s Spell Reflection to defeat Phase 2. For the most part, the designers succeeded — although the 25-man Razuvious fight in the revamped Naxxramas raid still required at least one priest, preferably two or three, with at least one specced shadow. 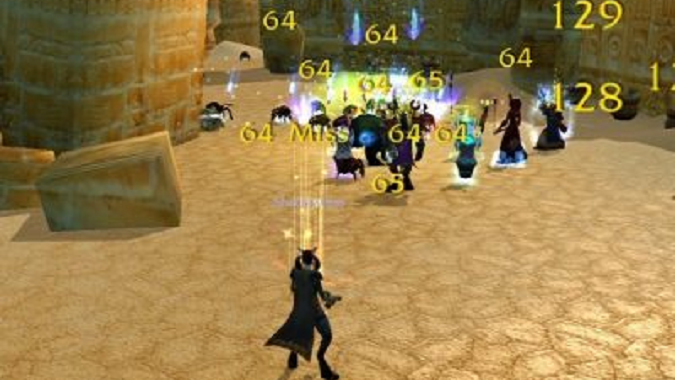 Class balance is one of the most difficult tasks for any video game developer and “bring the player not the class” didn’t change that. Over the course of Wrath classes saw numerous changes. Many spells in Wrath of the Lich King Classic will have shorter cool downs than they had at the original Wrath’s launch.

The armor penetration fix that went in during patch 3.1.2 (Ulduar) will be in from the start now. This was largely to address a theorycrafted concern that players could stack armor penetration over 100%, but no one could go over 100% in any realistic conditions in pre-Ulduar gear. Even if modern players find a way around those limitations, the fix will already be in.

AOE damage caps have been a constant issue for the developers. In 3.3.5, instead of a hard cap on total damage done, the game will cap the total damage done at a value equal to the damage the spell would do if it hit 10 targets. In other words, if a spell does 1000 damage to each target, it would hit up to 10 targets for 1000 each, but with more than 10 targets, each target would take 10,000 damage divided by the number of targets. 20 targets would be hit for 500 damage each in that example. This will be in from the start in Wrath of the Lich King Classic rather than getting added in the final major patch.

All pet classes received a boost, but none more so than Hunters. In 3.3.5, many of the bosses knockback effects no longer hit players’ pets. Pets take 90% less area-of-effect damage in PVE and receive 100% of their master’s resilience (an important PVP only stat). 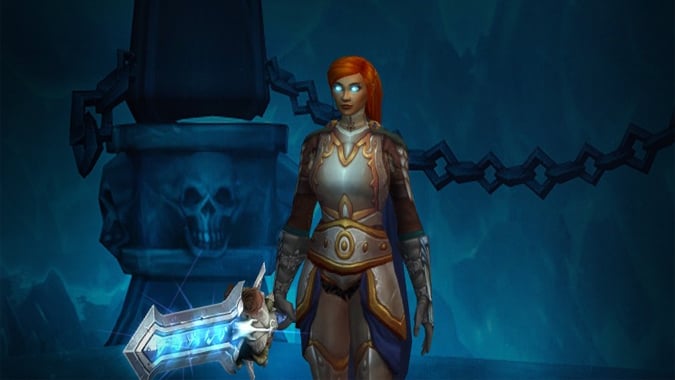 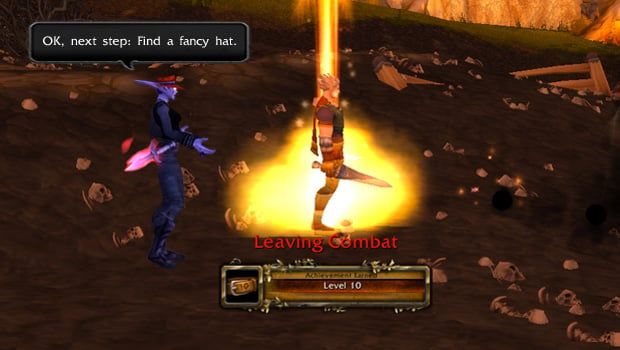 It got much easier to level

A host of improvements to make leveling easier were added in 3.3.5. Some of the quality-of-life improvements we take for granted in the modern game had their genesis in 3.3.5. This included a quest tracking feature to help find objectives, along with improvements to the map and Objectives pane. The character selection screen also received more detailed information about what each class did and the role it could fulfill.

Health and mama regeneration increased greatly outside of combat. This helped all classes but especially those like Priests and Warriors which had significant recovery downtime while leveling. Warriors also got the health restoring spell Victory Rush at a much lower level.

But those aren’t the only changes. 3.2 added the ability level through Battlegrounds by letting players earn experience there. Racials saw changes over the life of Wrath. By 3.3.5, Will of the Forsaken shared a cooldown with PVP Trinket, Shadowmeld dropped players out of combat when used, and Blood Fury was no longer on the global cooldown. 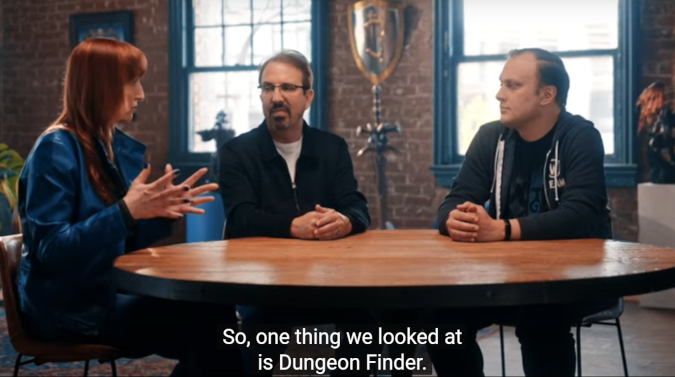 The most debated change left out from the original 3.3.5 will be Dungeon Finder. Lead Developer Brian Birmingham, in an interview with Josh Corbett of the Countdown to Classic Podcast shared that in addition to dungeon finder, some systems that supported dungeon finder will also not be available. The Need/Greed window had a Disenchant option added in 3.3.5 if you had a player in the party who had learned the Enchanting profession, but that will not be included at launch — possibly not ever. 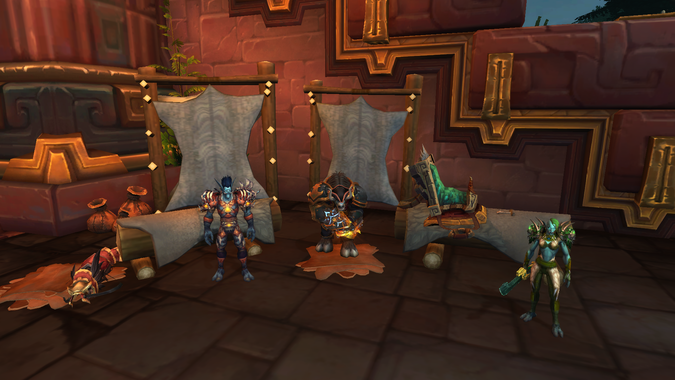 3.2 also removed the faction restrictions from PVP Realms, but in an interview with Wowhead Patrick Dawson, Production Director on World of Warcraft shared that, as of right now, Blizzard isn’t ready to announce if this will be the same in Wrath Classic. Faction server population imbalance is an issue currently in Classic and anything related to it deservers extra consideration.

Corbett and Birmingham also discussed if the Engineering profession might see similar changes as to the ones implemented to the Burning Crusade Classic Leatherworking profession. Without #SomeChanges, players had feared Leatherworking would be mandatory for progression raiders because of Drums. Thankfully, the developers changed the way Drums worked and avoided the issue.

Right now, Birmingham said the team doesn’t believe Engineering has anything that rises to the level of TBC Leatherworking Drums, but encouraged players to point these issues out. It was the community bringing forth the issue of Drums that led to the generally well-accepted changes to Leatherworking in Burning Crusade Classic.

As Blizzard has shown the Classic community, #SomeChanges were a major part of Burning Crusade Classic. What changes would you like to see for Wrath of the Lich King Classic? Wrath saw an influx of varying currencies. One thing I’d like the team to consider is bringing over the Currency tab from Retail. What would you like to see?