Should you journey beyond the prime material plane and buy Mordenkainen’s Monsters of the Multiverse D&D sourcebook? Available now! 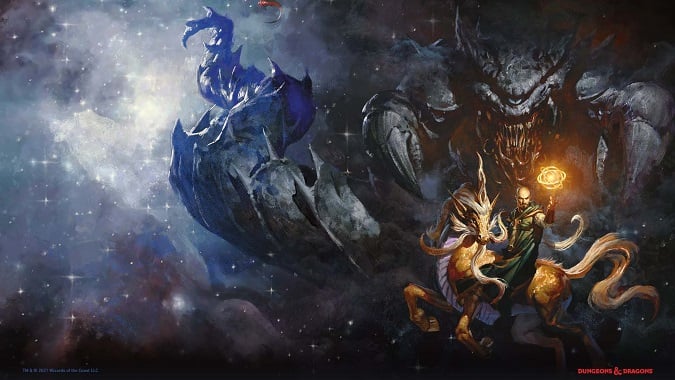 Mordenkainen Presents: Monsters of the Multiverse is an odd addition to the Dungeons and Dragons 5th edition library, and for multiple reasons. It’s now available for purchase — you could previously only purchase it as part of the Rules Expansion gift set (alongside Tasha’s Cauldron of Everything and Xanathar’s Guide to Everything), but it’s now available for everyone.

Monsters of the Multiverse is something of a compilation: a sourcebook that includes player races and monster statblocks for creatures we’ve seen in other books, with a few additions and modifications. Of course, if you’re a completist you may already have all the original versions of the entries in MotM, the majority were previously printed in Volo’s Guide to Monsters and Mordenkainen’s Tome of Foes, but you’ll also see options from disparate works such as Mythic Odyssey of Theros and The Tortle Package.

There are 33 player options and over 250 monster stat blocks included in MotM, and while these are aggregated from prior works it’s not done simply for convenience. One of the main functions of the collection is to make the entries setting-agnostic, so players (and DMs desiring a fully fleshed-out NPC) who really want to play a Satyr won’t need the campaign to take place on Theros. As part of a broader movement within D&D to be less restrictive it also leverages the changes from Tasha’s for the player options as well as deepening the back stories for several playable races in order to no longer pigeonhole them as intrinsically evil. You won’t find the lengthy descriptions of races as in Volo’s or Tome of Foes, but you also won’t be limited by them either.

So what exactly is in Monsters of the Multiverse — and is it worth buying? Let’s take a look.

A host of player race options, from Aarakocra to Yuan-Ti

The real value for players is the tremendous increase in player racial options. While all 33 races have previously been available for use, the fact that they were scattered about in different sourcebooks sometimes made it difficult for players and DMs — especially those on a budget — to have the information available for playing them. It also helps those in the Adventurer’s League as MotM should be slotting into the core collection in replacement of Volo’s and Tome of Foes.

The update also helps with character creation, as the stat point assignment rules from Tasha’s are available allowing you to select any race-class combo without worrying about having weaker stats by doing so. Classes aren’t the only freedom now present with the races, as inclination towards certain alignments (especially evil ones) are no longer baseline. While there are still options to have an evil Drow or Duergar character, there’s no longer the evil stigma inherent to the race’s description. Lawful good goblins and chaotic evil halflings are both on the table now — if appropriate to the campaign, of course. 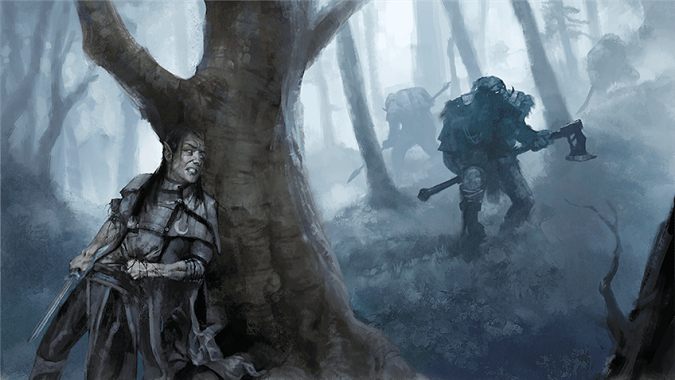 More Monsters for every campaign

Consolidation of over 250 monster entries into one volume isn’t the only benefit for DMs in MotM. Each of the entries have been updated to make them easier to use in a campaign, whether the DM is a novice or veteran. One issue that’s been addressed is that of Challenge Rating, i.e. the numerical guide to how difficult an encounter will be for a given group of players — as CR is calculated based on optimal use of a monster’s abilities, if the encounter wasn’t run in that manner it could end up being a poor challenge for the party. The monsters now have defined sequences of ability usage that will aid the DM in providing the most complete challenge to the players.

Along with this roadmap is a reduction in the uses of variant suggestions; rather than a little box that says how you can modify a Shadow Mastiff to create an Alpha, a separate entry for the Shadow Mastiff Alpha is now included as a full stat block — this should reduce headaches for the DM while planning encounters. Also included are customization tables to help craft NPCs that resemble player classes. The Bard NPC, for example, can be assigned a performance type, or it can be randomly selected with a roll.

There’s a lot to like in The Multiverse of Monsters whether you’re a player or DM. Even if you already have the original sources, the updates and universality make these versions more accessible for any campaign — and having to cart fewer books around is always a plus.