With Wrath Classic finally here and players doing their best to get to level 70, knowing where to find Northrend’s dungeons is a priority for leveling — and for gearing up after you’ve hit max level. And as the game progresses through its five content phases and the game’s iconic raids start opening, you’ll want to be able to find the front door.

But not all of Wrath’s dungeons and raids are easy to find. Some of them are underground. Some of them are on different sides or different levels of the same structure. If you’re visiting Northrend for the first time, you may need some help to find your way around — and if you’re coming back to Northrend for the hundredth time, you may still need a reminder on whether Utgarde Keep is the dungeon on the south or the north.

But before you go charging into Northrend, be aware that not all of these dungeons will be available immediately. Some are only available at max level, and some will be unlocked in different Phases. We’ll note any content that will be available later.

All Wrath dungeons have level 80 Heroic versions that increase difficulty and improve loot, so even low-end leveling dungeons will be worth running again in their Heroic versions. And in Wrath Classic there will also be Heroic Plus versions starting in Phase 2.

So how do we get to each individual raid and dungeon in Northrend? 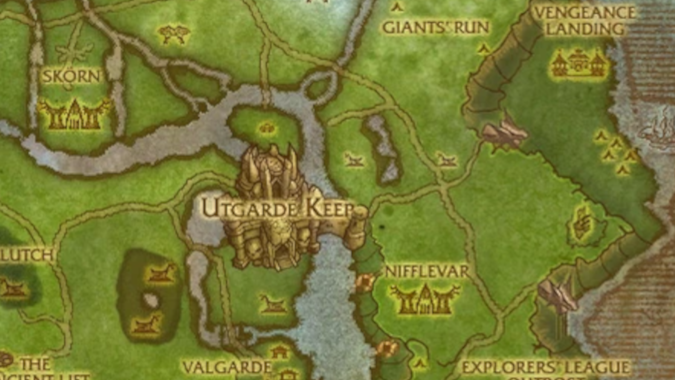 How to get to Utgarde Keep and Utgarde Pinnacle

These two dungeons are located in the dead center Howling Fjord in the area marked, conveniently, Utgarde Keep. Both Alliance and Horde have outposts in the zone — the Alliance are literally in the shadow of Utgarde Keep at Valgarde, while the Horde are a bit farther away in Vengeance Landing. For Alliance, start at Valgarde and head straight north past all the angry Vrykul trying to burn down your settlement. For Horde, start at Vengeance Landing and ride west from the elevator. 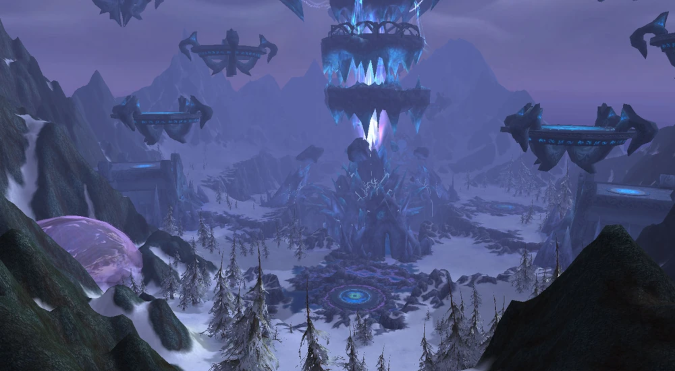 How to get to the Nexus, Oculus, and Eye of Eternity

Raid: Eye of Eternity, opening in Phase 1 on October 6

Located in Coldarra on the edge of the Borean Tundra, the Nexus is the seat of Malygos’ power. From here, the Aspect of Magic leads the Blue Dragonflight on a crusade to control the arcane and prevent the mortal races from their reckless sorceries by moving all the ley lines on Azeroth to intersect there. Both Horde and Alliance can reach Coldarra by flying directly to Amber Ledge on the island, but the flight path has to be unlocked by questing in the Beryl Point section of Borean Tundra. Once you have the flight point unlocked, you can travel straight to Amber Ledge from any flight point in Northrend. 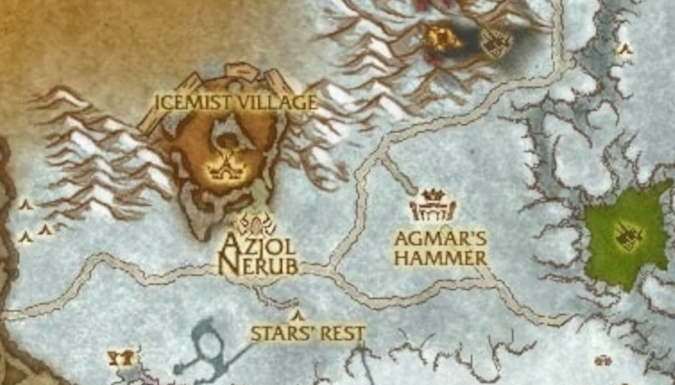 How to get to Azjol-Nerub and Ahn’kahet

The entrances to Azjol-Nerub and Ahn’kahet, the Old Kingdom can be hard to find because they’re underground. Both dungeons are located near Icemist Village in a twisting maze of tunnels, which makes it difficult to find (and also difficult to describe how to get there). Azjol-Nerub’s entrance portal is to the east of the maze, while Ahn’kahet’s entrance portal is about as far down as you can go in the maze. One way to tell the difference is that there’s a single friendly questgiver outside Azjol-Nerub.

Horde will likely fly to Agmar’s Hammer and ride west, while Alliance will likely use the Star’s Rest flight point to the south and east of the Azjol-Nerub entrance. 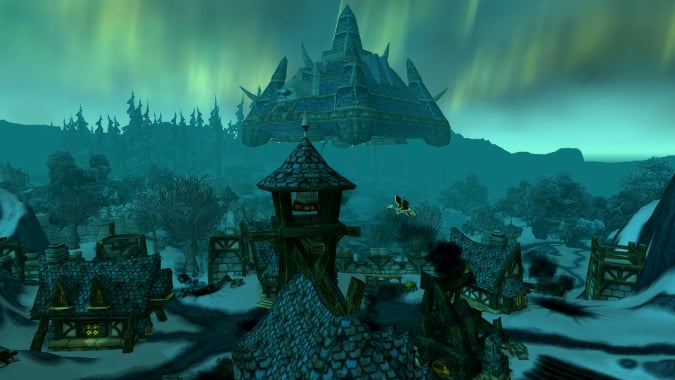 How to get to Naxxramas in Northrend

You may have ventured into Naxxramas in WoW Classic already, but now a level 80 version of the raid hovers over Dragonblight in Northrend. To reach Naxxramas, fly to either Venomspite (Horde) or Wintergarde Keep (Alliance) and head east. You’ll need a flying mount to access the raid portal, which is located in a chamber on the underside of the enormous flying ziggaraut that is Naxxramas itself. 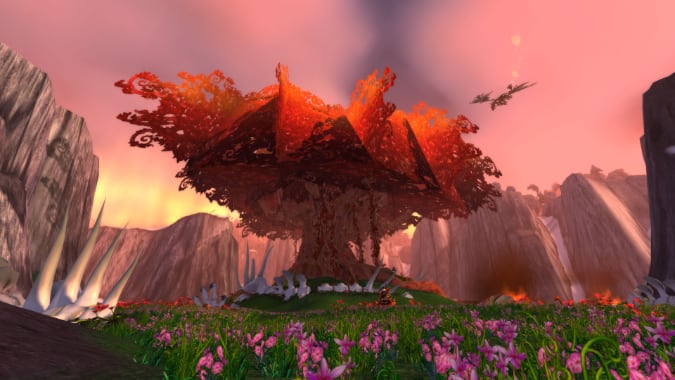 How to get to Obsidian Sanctum and Ruby Sanctum

To get to either raid, simply fly to the flight point at the temple, and then find the large crack in the ice to the north of the temple and head down until you find a large round chamber — the Chamber of Aspects, to be precise — beneath it. The Obsidian Sanctum, home of Sartharion, is behind the instance portal with two giant Black Drakonids in front of it. The Ruby Sanctum portal is to the left as you enter the chamber. 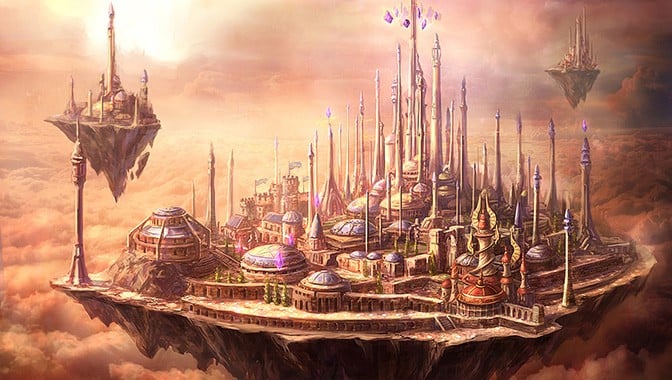 How to get to The Violet Hold

The Violet Hold is obvious fixture in Dalaran, and it’s easily accessible to both Horde and Alliance. Just fly or hearth to Dalaran and simply heading to the southwest side, just below Krasus’ Landing. You can’t miss it. 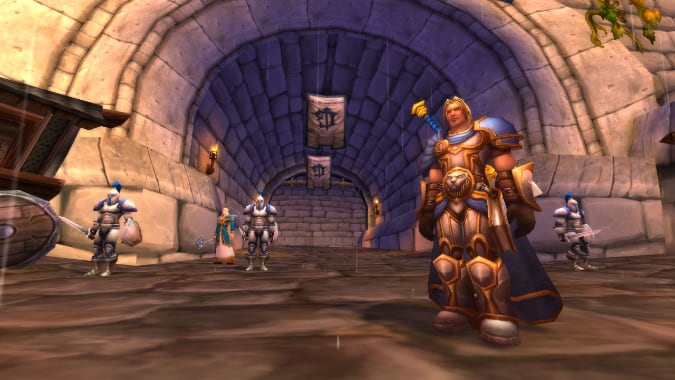 How to get to The Culling of Stratholme

Dungeon: The Culling of Stratholme (level 79+)

While this dungeon is located quite far from Northrend, it’s also easily accessible from Dalaran: there’s a portal in the Violet Citadel (up the stairs and to the left) that leads to the Caverns of Time. Once you get to the Caverns of Time, the Stratholme portal is on the opposite side from the portal that took you Southshore to free Thrall when you visited in Burning Crusade. You’ll see frozen people from the time period of the dungeon before you arrive at the portal, which can give you a clue to where you are (and whether you’re lost). If you end up in the Black Morass you went too far. 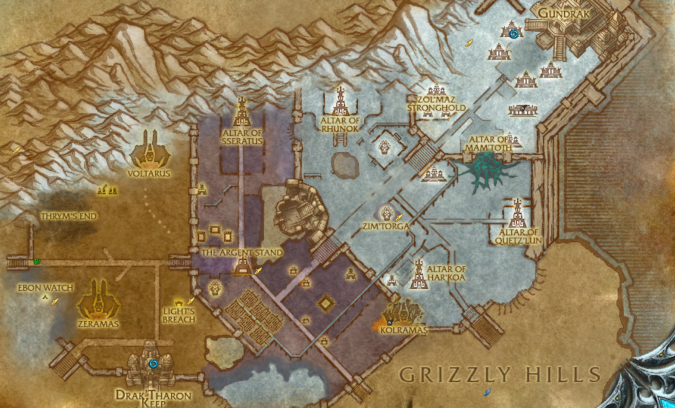 Zul’Drak has a dungeon on either end of the zone: Drak’Tharon Keep in the southwest and Gundrak in the northeast.

There are lots of ways you can navigate to Drak’Tharon which is just on the boarder of several zones — but the easiest is to unlock the Ebon Watch flight point in Zul’Drak. But you can also reach Drak’tharon from Dragonblight by flying to Wintergarde Keep or Venomspite and heading northeast past Light’s Trust. If you’re in Crystalsong Forest you can go to Sunreaver’s Command (Horde) or Windrunner’s Overlook (Alliance) flight points and head due east to the stairs up to Zul’Drak. You could even go to Drak’Tharon Keep from the Grizzly Hills if you prefer. If you’re coming from that direction, Alliance will likely go to Amberpine Lodge, while the Horde can go to Conquest Hold and head north from there.

Going to Gundrak is more straightforward: the closest flight point is in the complex itself. If you don’t have it, you’ll likely have to quest your way up from Zim’Torga to get it, and once you have it you can just pop into Gundrak with relative ease. 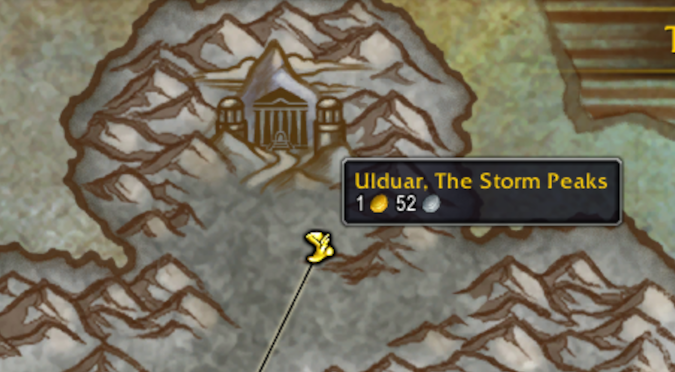 How to get to Ulduar, Halls of Stone, and Halls of Lightning

The Ulduar complex in the Storm Peaks consists of two dungeons and a raid, and though the Ulduar raid won’t arrive until Phase 2, the dungeons are available now. However, you can’t just walk there: Ulduar, Halls of Stone, and Halls of Lightning are on the other side of an impassable trench, so you’ll need a flying mount to get there. If you don’t have Cold Weather Flying yet, there are rental mounts available from the Goblins at the K3 outpost. They’re not fast, but they’ll get you there. There’s a flight point at the base of Ulduar, which is the easiest way to access the area when you’ve unlocked it.

Once you reach Ulduar, the main raid portal is at the top of a terraced set of stairs, while the Halls of Lightning are to the east and the Halls of Stone are to the west. They’re all in easy reach of the Ulduar flight point. 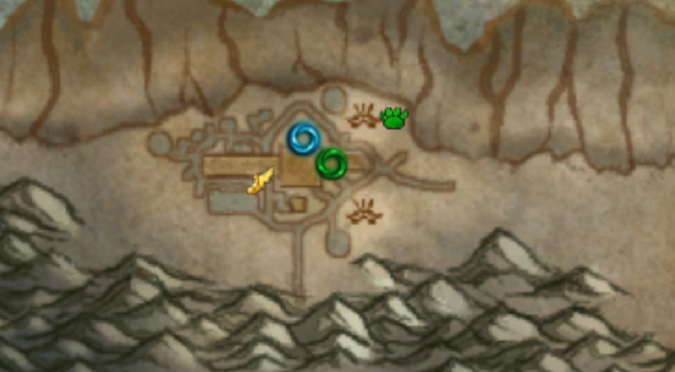 Dungeon: Trial of the Champion (level 79+)

Raid: Trial of the Crusader

When they do open, they’ll be in the far northeast area of the zone, but for now you won’t find anything there. When this area does unlock, you’ll simply fly to the Argent Tournament grounds to reach the dungeon and raid. The raid instance entrance is surrounded by vendors, while the dungeon entrance is not. 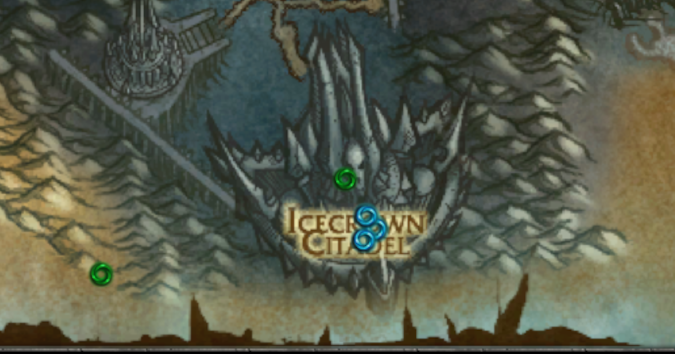 While Icecrown Citadel is clearly visible in the Icecrown zone, the dungeons and raid don’t open until Phase 4, when you’ll finally be able to take the fight to Arthas. For now, however, there’s no raid portal or dungeon entrances to find.

But when Phase 4 begins, you’ll want to check out these new instances. It’s pretty easy to find the Icecrown Citadel raid entrance — it’s a gigantic door with battering rams that have forced it open, you really can’t miss it — but the three entrances to the Frozen Halls dungeons are located in an out of the way spot off to the side of the complex. As you face the raid instance entrance, fly to the right, looking for Argent Tournament flags hanging around a side entrance: that’s where you’re headed. All three of the Frozen Halls entrances are in the same central chamber, so at least once you’re found it you don’t have to worry about looking for them: Forge of Souls, Pit of Saron, and Halls of Reflection are all right there.

There’s no great flight point for the Icecrown Citadel raid and Frozen Halls dungeons. You could start at the Argent Vanguard (which is southeast of the complex and will require some flying) or at the Horde or Alliance airships in the zone. No matter which flight point you choose, you’ll have to traverse a fair distance to get to the raid and/or dungeons.

And that’s it for Wrath dungeons and raids that you’ll get to explore with Wrath of the Lich King Classic. Have fun storming those various forgotten bastions of antiquity.