Inside the Ruins of Sescheron in Act 3 of Diablo 3, players could venture into the Immortal Throne Room, where spirits of long-dead Barbarians stood watch over the body of Chief Elder Kanai. Exploring this small corner of Sanctuary, players were told that the time was not yet right — there was nothing you could interact with and nothing to fight in the throne room. 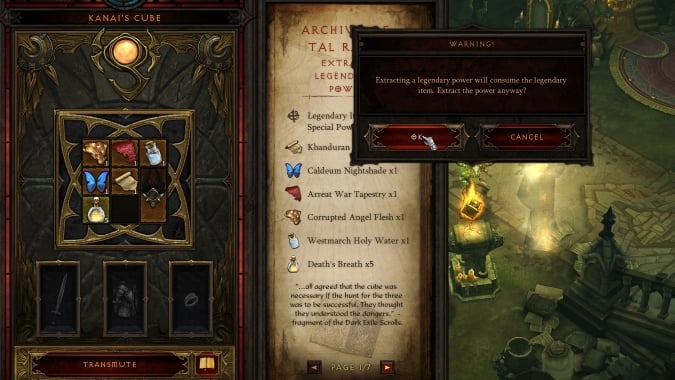