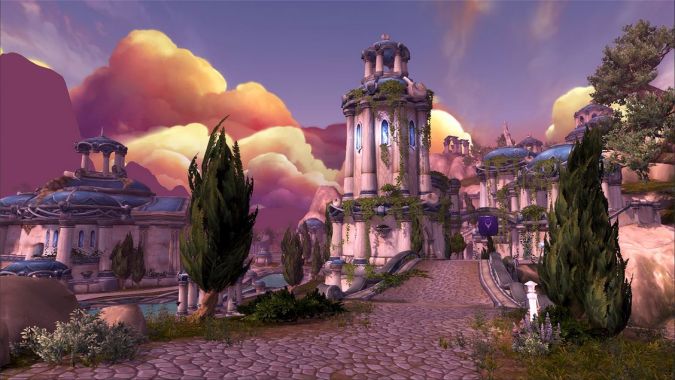 It’s finally here! Today, Blizzard unveiled its next expansion pack and with it, lots of information on the upcoming zones, dungeons, and raids.

The expansion experience will begin at The Broken Shore and the Tomb of Sargeras, where an endless gateway of demons pours out into our world — this is the biggest demonic invasion of Azeroth ever, larger than even the War of the Ancients and we need to stop it.  But that’s just part of the introductory experience. As I said, there are a lot of new zones coming — all centered around the new continent: The Broken Isles. 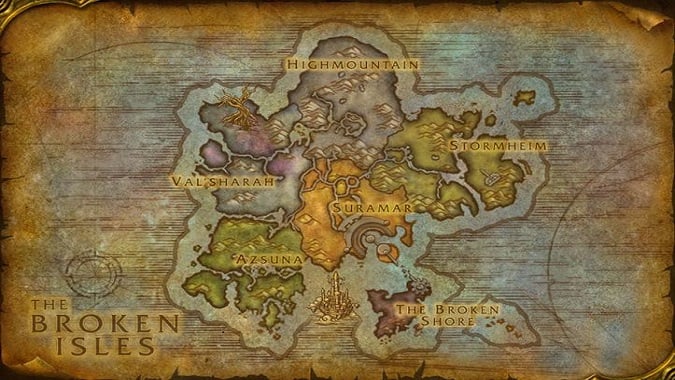 The Broken Shore — This is where it likely will all begin. Home to the “Broken Shore experience,” players will confront the Legion in a pre-expansion event similar to the closing of the Dark Portal, only structured differently to better tell the introductory story. This appears to be the zone raven-Khadgar is flying toward in the teaser trailer.

Dalaran — Dalaran, ever-mobile, has moved to the The Broken Isles and will once again serve as a neutral faction hub. It will also house an updated, more mysterious version of the Violet Hold dungeon.

Maardun — “Shattered, demonic prison world” in which part of the Demon Hunter starting experience takes place. This is where Sargeras imprisoned demons when he was a good Titan. When he went corrupt, he shattered this world and set the demons free, leading to the formation of the Legion.

Val’Sharah — Once the pinnacle of druidism on Azeroth, it is now a forgotten refuge for druids. This is the place that Malfurion became the first druid under Cenarius. The zone will be steeped in really rich Night Elf and druid lore, with Cenarius and Ysera will making appearances here. It will also face us against Xavius and his “massive Satyr armies.”

Stormheim — As you adventure through Stormheim, you will uncover the fate of the Legion’s newest pawns, the Vrykul who left Northrend thousands of years ago in search of their holy land. Throughout the zone, players will face off against the Vrykul God-King as a lead-in to the Halls of Valor dungeon experience. Features dungeons Halls of Valor and Helheim, home to two Titan keepers that have been warring for thousands of years. Learn the origins of the Valkyr and Kvaldir riding Ship of Souls into the maw of Hell.

Azsuna — The strongest representation of what the Broken Isles used to be thousands of years ago, Azsuna features the bones of that once-great, ancient Night Elf civilization. This place was once something very special. Here, we’ll also discover ghosts of ancient Night Elves, a dying breed of the Blue Dragonflight, and the exiled royalty from Suramar, the Nightfallen. Throughout the zone, we’ll be racing Queen Azshara for control of the Pillar of Creation.

Suramar — A new race of Night Elves have lived here for the last 10,000 years. They flourished from their abuse of magic, but are now pawns of the Burning Legion and have the last relic that players need. So we need to kill all of them as well as the Legion guards and Gul’dan to get this final relic. This may also be the zone where Alleria and Turalyon finally show up.

Halls of Valor — A leveling dungeon inspired by Valhalla located high up in the clouds above Stormheim. The Stormheim zone experience culminates here, with players facing off against the Vrykul God-King once and for all. Also features pure Val’kyr, unlike those we saw in Northrend. 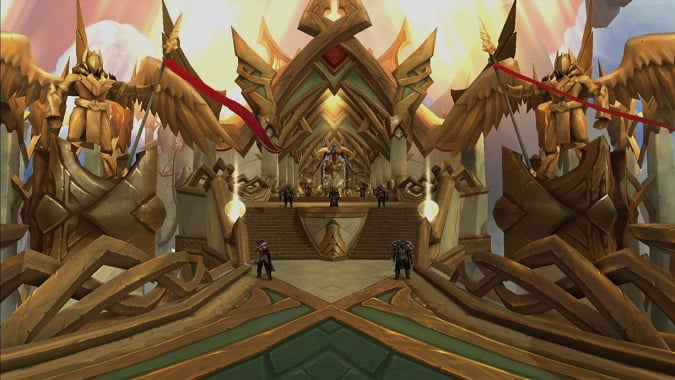 Black Rook Hold — A max-level dungeon, located in Val’Sharah. This is an ancient elven fortress and the ancestral home of Lord Kur’talos Ravencrest. Unlike any Elven structure ever, it is a military bulwark carved out of the mountain itself in an effort to fight the Legion. Players begin in the basement and work from the outside all the way to the spire to confront the evil that’s corrupting the hold.

Vault of the Wardens — a Warden maximum-security prison, where all the greatest threats have been kept by the Wardens. This location serves as both a dungeon and the Demon Hunter starting experience. Players must work through the dungeon to uncover what Gul’dan’s purpose was in seeking out Illidan. 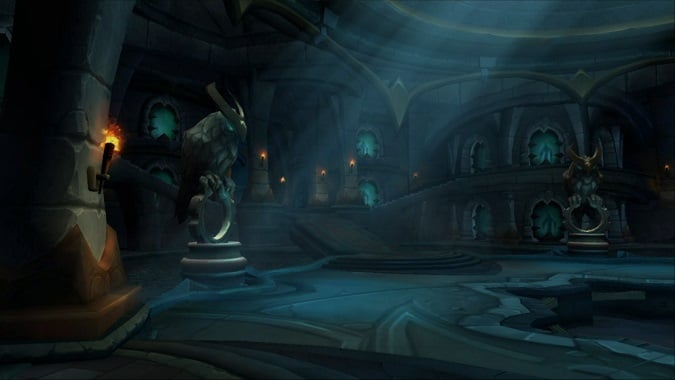 Eye of Azshara — Located in Azsuna, players will contend with the minions and naga of Queen Azshara. Blizzard’s not quite sure why, but “Eye of Azshara” sounded like a good name.

Darkheart Thicket — Located in Val’Sharah at base of the World Tree. The Heart of the Nightmare’s corruption is spreading through the zone and we need to stop it. We’ll be going through dark thickets and brambles in order to ultimately rescue Malfurion from the clutches of the Nightmare.

Neltharion’s Lair — Located in Highmountain and serving as the center of the Drogbar society. Full of rocky, brutal warriors players will need to fight to recover a Pillar of Creation.

Helheim — An experience like no other, players will spend much of the dungeon contending with the damned spirits of the Kvaldir on a ship that sails through stormy seas. This dungeon is the polar opposite of the Halls of Valor — the Vrykul here have certainly not earned the ascension they had hoped for.

Suramar City — City of Night. Nightborne rule from their palace and the dungeon includes both catacombs and noble houses. Players need to uncover what ties to Legion exist and the ultimate plan unfolding here.

Violet Hold — Deep mysteries we never uncovered the first time that are awoken by the proximity to the Tomb of Sargeras. We will learn more about Dalaran and its mages, as well as more about the world itself. 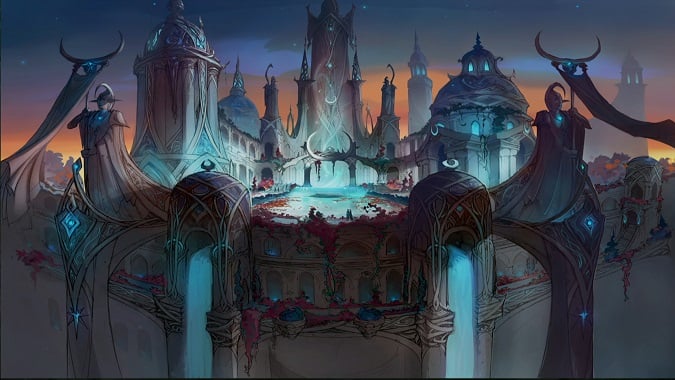 The Emerald Nightmare — The first of two introductory raids, The Emerald Nightmare finally makes its appearance in World of Warcraft. We climb into the tree itself and cross into the reality of the Dream, as opposed to the dungeon where we are just at the roots of the World Tree. While here, we will see glimpses of the Emerald Dream. Part of the raid involves pursuing Cenarius and the raid will culminate in the battle with Xavius.

Suramar Palace — Home to the Nightwell, center of Suramar’s power and a corrupted Pillar. Similar to Black Temple in spirit, with players sneaking in rather than making a frontal assault.This is where players will finally confront a cornered Gul’Dan.

That’s all we know so far about the upcoming zones, but it’s quite a bit already! Keep an eye out on Blizzard Watch for more info as it becomes available and stay ever-vigilant, for the Legion draws near!