Everything you need to know about patch 7.2

Patch 7.2 is now live and has a slew of things to do. The actual Tomb of Sargeras raid, that the patch is named after, won’t be open for a few months at most, but we have all of the events leading up to it. Some events you can start immediately, others like the class mount campaigns will take some time. Also included are class and legendary changes, dungeon and gear increases, and quality of life changes. 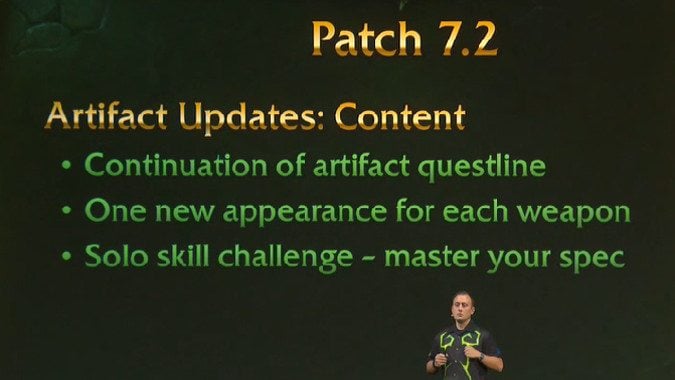 Soon you’ll be able to fly with Pathfinder Part 2. If you’re up to date with Pathfinder Part 1, the longest part will be getting to Revered reputation with Armies of Legionfall, which should take a couple weeks according to the dev Q&A stream. You also need to complete a Legion invasion in each zone and explore the Broken Shore. You can check your progress on Pathfinder Part 1 with Wowhead’s Flying Tool.

Blizzard Watch is made possible by people like you.
Please consider supporting our Patreon!
Filed Under: Patch 7.2, Tomb Of Sargeras
Advertisement