One of the things that we don’t really talk about enough when we talk about World of Warcraft and its lore is that there are vast swathes of history we know nothing about. Legion actually went and added a ton of lore with the Artifacts, and a result of all that lore being added is that we’re much more aware of just how much we aren’t aware of — that sounds paradoxical, but it isn’t. 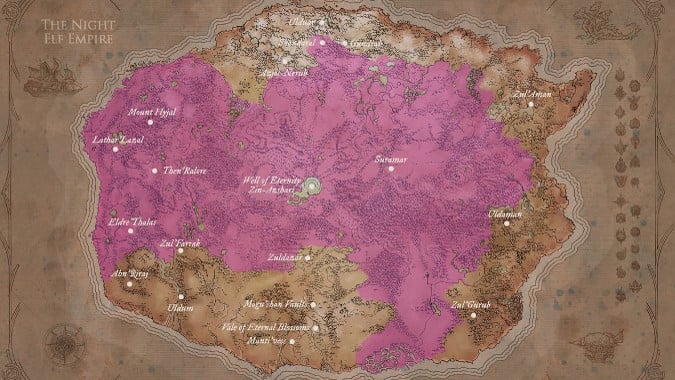 And those years don’t even count the events that took place before the Sundering — the millennia-spanning Kaldorei Empire, or the Amani and Gurubashi nations that preceded it, or the Zandalari Empire that preceded those, or the Mogu Empire that was a contemporary of all of them, or the distant past before any of that, where the Titan-Forged arrived on Azeroth and spent thousands of years reordering the planet. And before that, the Black Empire ruled over Azeroth for countless years. But even that isn’t the beginning — for before the coming of the Old Gods, the Elemental Lords spent eons locked in battle while Azeroth spun through the void.

It’s hard to know how long some of these historical periods even were. We don’t know how long Azeroth was primarily inhabited by warring Elementals — thousands of years? Tens of thousands? Hundreds of Thousands? Millions? More? It’s unclear. We don’t know the exact duration of the Black Empire, nor of the Titan-Forged’s ordering of the world, or how much time passed between that and the rise of the Trolls, Mogu, and other sapient species of Azeroth.

During that long-ago past, many massively important events occurred that we’re still only now learning about — over thousands of years, the Prime Designate Odyn was sealed away within the Halls of Valor and his role usurped by Loken, for example, with the help of Helya. But when, exactly, that happened is a mystery. Many of Azeroth’s people are descended from the Titan-Forged who were left behind by the Titans to order Azeroth — the Humans, Dwarves, Gnomes, Tol’vir, and Mogu can all trace their descent to these beings. With the release of Battle for Azeroth, it seems likely that Trolls can also trace their descent to the Titan-Forged with beings like Titan Keeper Hezrel serving as guardians to the Titan facilities on Zandalar.

I’m reminded of Norushen and his resemblance to the Mogu when I see Hezrel and the Zandalari who look much like him. But if the Trolls are descended from Titan-Forged who escaped the area around Uldir — and it’s noteworthy that the Troll civilization of the Zandalar first started in Nazmir, right around Uldir — then that means that not only are Trolls Titan-Forged, then so are Elves. The entire history of Trolls, the Dark Trolls, and their role in the creation of the Elves and what, if anything, the Temple of Elune that became the Tomb of Sargeras had to do with it? All lost in the distant past, many thousands of years before the Sundering. 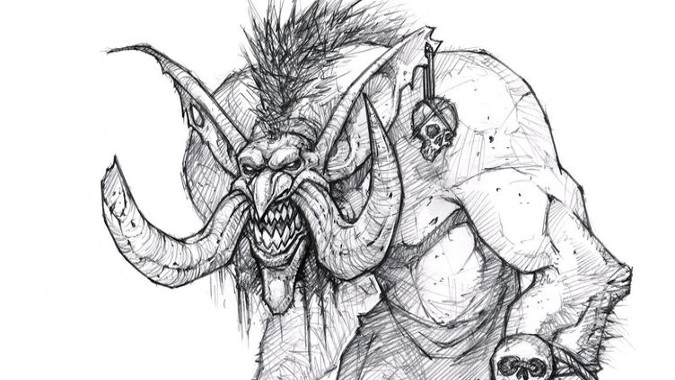 A history we only glimpse

How long did Azshara reign? Who reigned before her? Did she inherit rule, or was she appointed (or even elected) by affirmation? How long did the ancient Kaldorei live before they were made immortal by the Dragon Aspects? How long did it take the Kaldorei to essentially conquer most of the world? And did they fight wars with all the other peoples we now know about who lived on Azeroth at that time, or were those peoples all in decline or hiding in their enclaves? We don’t know any of this. Because all those details are lost in the vast sweep of Azerothian history and the crush of years that have passed.

One of my favorite things to speculate on is Human history on Azeroth, because it has two really significant islands and then vast oceans of the unknown surrounding them. Before the Sundering, and likely before the Kaldorei Empire or the spread of the Trolls from Zandalar, the Vrykul began experiencing the Curse of Flesh, transforming from creatures of iron and stone. During this period, Tyr, Archaedas, and Ironaya stole the Discs of Norgannon from Ulduar and fled south, eventually arriving in what is Tirisfal today.

Tyr’s death while battling two C’thraxxi — Zakajz and Kith’ix — also took place before the Sundering, as did the settlement of some of the Vrykul who’d followed him in the areas Humanity came to inhabit, and others escaping King Ymiron would eventually settle there as well. From these come Humans as we know them — but literally thousands upon thousands of years passed with no historical record of any kind until, roughly two thousand years ago, the barbarian warlord Thoradin united his people and fought the Troll Wars against the Amani Trolls. So between the genesis of Humanity and the Troll Wars nearly ten thousand years passed in which we know nothing about what Humans were up to.

Now, what with the continent they lived on ripping itself apart in the Sundering, it’s not surprising that any civilization they may have been establishing for themselves probably took a pretty big hit. Likely every people left on Azeroth spent at least a thousand years rebuilding — even the Zandalar had to re-establish their society following that disaster. But it’s astonishing to really sit and think about what might have been going on, for the thousands upon thousands of years that followed — all the nations that might have risen and fallen unremembered, all the people that might have lived and died and warred and made peace, alliances and rivalries. Azeroth is a vast ocean of deep time we’ve just barely begun to explore.

I suppose this is me saying we could definitely go for some new Caverns of Time content in WoW exploring Azeroth’s lost past. World of Warcraft has so much we’ve never even seen just on Azeroth alone, I’d love to get to explore it.