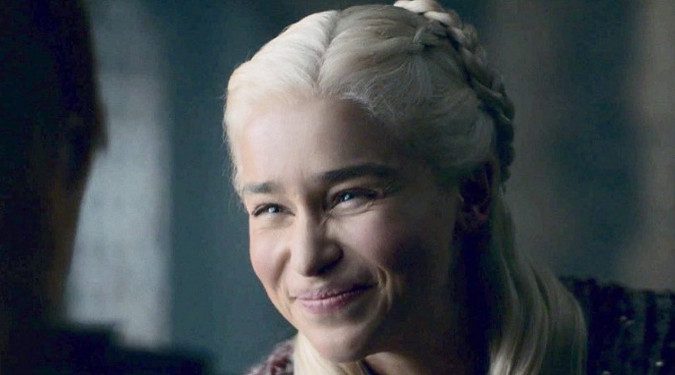 BRAELLYN IS ABOUT TO BE DISAPPOINTED AND I’M VERY SORRY

I have never watched a single episode of Game of Thrones and while I respect and admire George R.R. Martin (especially for his work on the Wild Cards series) I do not like his A Song of Ice and Fire novels. I read 100 pages into the first one years ago, stopped, and never went back. While I understand through cultural osmosis who you are talking about, I have no opinion on how the show handled her character, because I have not seen it.

And I agree that in order for Sylvanas to have had a ‘heel turn’ she would have had to be a face at some point. Sylvanas hasn’t been a face since Arthas raised her from the dead as a banshee in Warcraft 3. Nothing she’s doing in Battle for Azeroth is any more or less heinous than all the awful things she did before it. This is a person who kidnapped, tortured and experimented on civilians for years (remember those gnomes in cages in the Undercity? I sure do) to engineer a hideous plague even more awful than the one that the Scourge originally used, someone who unleashed it on Gilneas and drove countless people from their homes, plotted the murder and reanimation of her own sister and the continuation of the Forsaken despite her own admission that all being Forsaken offers is becoming a slave to eternal torment. She murdered her own people when they wanted to go be with their families.

She is a sophisticated, complicated, often fascinating character. She is not and has never been a babyface in World of Warcraft, She can’t make a heel turn because she’s been a heel since day one of WoW.

So I have no opinion on Daenerys and I don’t think Sylvanas even had a heel turn to discuss.

What ever happened to all the Off-Topic articles on this site?

Well, just from me in the past week or so we’ve got a post about Assassin’s Creed Odyssey, another post about a surprise Keanu Reeves in Cyberpunk 2077, a personal post about representation and identity, and the Baldur’s Gate 3 reveal post. The category as a whole is pretty jumping with posts about Animal Crossing, Google Stadia, Wooloo galleries and other Pokemon posts, reviews of Godzilla movies and more.

I think it’s safe to say that folks are writing a solid amount of Off-Topic posts. We like doing them, I think we’re just generally wanting to make sure we do give y’all Blizzard news as well and keep it all balanced. I often wait a few days after a big surge of OT posts to let myself cool down before I write more.

Q4tQ D3: I have a question for those familiar with the “mid to late game” in D3: Let’s say the Paragon 800ish, “newly experimenting with full LoN builds” phase.

Where would you say the real augment-fueled “push” begins? I blasted to GR 90 with an out of the box thornsader build, out of the box meaning one augment and mostly non-ancient, but complete set and BIS items. Now I’m focusing on my necromancer, using the highest recommended solo build on icy veins (“skelethorns”) and with 3/4 of my full ancient BIS gear augmented between 50-70 ranks of int, the mid 80 GRs are a real slog of timing out and seemingly low damage. Is this normal? I understand that thornsader is one of the god builds, but I’m having such a hard time overtaking my crusader’s GR record with my far-better-geared necromancer. If this is normal in a game not really beholden to tight class balance because no real mattering PVP, that’s fine, but does it all generally and eventually open up with paragon and augments and gem levels?

First up, I am not an expert in Necros. Is the problem specifically that you have low damage, or are you actually dying before the things you fight die? Without knowing that, I’m going to assume you’re just having trouble beating the timer or feel like you’re having a hard time getting through the rift fast enough to summon the Rift Guardian and kill it before the timer expires. Because if you are managing to do that, that’s all that matters and I can’t possibly offer you any advice.

One trick that’s very useful if you’re having trouble staying alive is a bit cheaty, but basically, equip your Templar or other companion with Unity and a follower relic that doesn’t let the companion die, and then either use or cube Unity yourself. Since your follower can’t die, you essentially can offload damage you’re taking onto them indefinitely and since they’ll quickly drop to the point where they’re not taking any more damage (since they’d die, and they can’t die) you can offload damage onto them with Unity while taking no damage yourself. I recommend the Templar for this one but it can work for any follower.

But assuming you’re just having damage problems, it is true that some classes are just not quite as good at others at specific things. Diablo 3 is often designed so that specific tier sets compensate for otherwise lower damage output for a specific build, and with LoN you’re deliberately eschewing that.

I notice pushing GR’s with my wife that often her Demon Hunter runs ahead of me and dies and I live and can go AoE crazy, but I’m much slower than her and she does crazy good damage on Rift Guardians, often to the point where I feel like I just can’t keep up. Going for the LoN buff instead of set bonuses means relearning your approach, too. It may just be that Blight Spear works better for you, or some other Necro build. I personally have trouble above GR 80 on my Seismic Slam Barb builds, which is why I’m switching it up to Hammer of the Ancients at the moment. See if a change of spec helps.

ENO IS ABSOLUTELY RIGHT, IT WOULD HAVE BEEN A GOOD IDEA TO WRITE IT DOWN.

Shit I had a good question for Rossi. I’ve forgotten it.

Should have written it down..

But you didn’t, and now this is where we are.

LUOTIANX ASKS A DINOSAUR QUESTION, EVEN IF IT IS ONLY TANGENTIALLY ABOUT DINOSAURS I’LL TAKE IT

Oh! No, I thought of one!
Q4Rossi: Do you have any good dinosaur books to recommend for preschoolers that you’ve seen? My 4yo is quiet interested in them right now.

Okay, I’m not an expert on books for preschoolers. In my experience, kids are way smarter than we like to think they are, but their limits are usually based on stuff they just haven’t experienced yet. So I’m not going to recommend anything super dense. The DK publishing imprint actually does some really good children’s books in general and a pretty solid assortment of dinosaur books for kids. None of these are ridiculously rigorous, but they’re pretty nice starting points. This one in particular is one I’d have little trouble sharing with a young child.

But if you’re willing to outlay some cash, my recommendations would be Dinosaurus by Steve Parker which is a really great general resource and which will be useful for kids from 4 and up. Dinosaurus is a book that neither talks down to nor assumes expert knowledge of the subject, and it’s got some crazy good illustrations. I have it, and it’s one of my favorites.

Okay, that’s the Queue for this Friday. Here’s hoping y’all have a good weekend. Remember to ask some questions for Anne next week.

Blizzard Watch is made possible by people like you.
Please consider supporting our Patreon!
Filed Under: Dinosaurs, Heel Turns, Weapons
Advertisement