Patch 8.2, Rise of Azshara, is coming on Tuesday. Even though we only got an official warning of a week until the patch, there (thankfully) isn’t much that is being removed on patch day. However, there are some changes you’ll want to be aware of, and things that you can work on now in order to be ready when Tuesday comes.

Work on Pathfinder to fly as soon as possible

After you get Part One, the requirements to complete Part Two aren’t difficult, just a little time-consuming. Exploring both Nazjatar and Mechagon will be a piece of cake. The “gating” here will be getting to revered with Rustbolt Resistance in Mechagon and Waveblade Ankoan (Alliance) or The Unshackled (Horde) in Nazjatar, which the devs estimate should take about 2-3 weeks.

PVP players knew this was coming when the “ending soon” warning came out a week ago. Battle for Azeroth Season 2 is ending with the patch release, and a two week off-season will follow before Season 3 debuts with the new raid. With the season end, all PVP ranking and competition will halt — you won’t be able to earn seasonal rewards and titles after Tuesday. However, during the two weeks of off-season you’ll still be able to work on progress toward rated PVP rewards like the Vicious Saddle mounts, based on your Season 2 ranking.

Mythic+ dungeons will work the same. You won’t be able to get the level 10 or level 15 seasonal achievements after Tuesday, but the rewards and Season 2 affix will carry over through the off-season until Season 3 starts.

Ahead of the Curve and Cutting Edge aren’t going away until Azshara’s Endless Palace comes out on July 9, but that will be two short weeks to work with. If you’re currently working on Jaina or Uu’nat, use this time to get practice in so you’re not up against the wire after the patch. While this is pretty standard, and was expected for the Battle of Daza’alor AOTC and CE, players expected the Crucible of Storms AOTC and CE to be available a little longer, based on when the Trial of Valor equivalents were taken out in Legion. 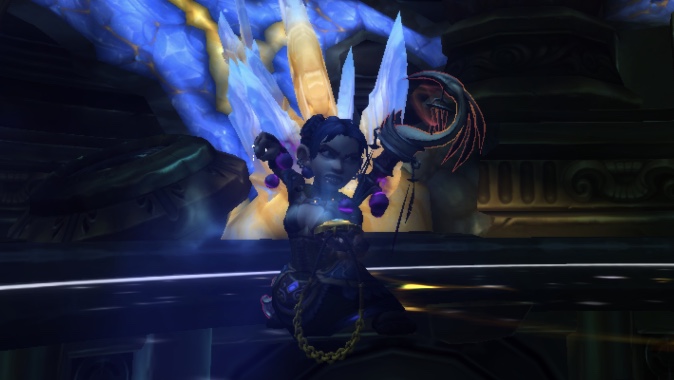 Get your Heart of Azeroth up to speed, but only if it’s over 35

If your Heart of Azeroth is at least level 35, work on getting it up to 43 in order to meet all the unlock requirements on Azerite Gear. The final Empowerment traits need a higher level, depending on what item level they are. Normal ilvl gear (415) only needs to get up to 48 to get that added 5 ilvls, but Heroic and Mythic gear (430 and 445) need to be at 60 and 65. With Essences, you get your major power at level 35, and the additional two minor powers at 55 and 65. The “soft cap” for Artifact Power is at level 67, which unlocks the final Essence trait of 3% Stamina.

If you’re under 35 traits on your neck, don’t bother going out of your way to level it up — all Hearts of Azeroth will be bumped up to 35 when the patch comes out, giving everyone immediate access to Essences.

Get caught up on the War Campaign

The War Campaign continues with new lore in patch 8.2. You’ll need to be caught up on all the current story segments — the Ready for War and Tides of Vengeance faction achievements — to start the new content. The only gating is 7th Legion or Honorbound reputation, which is actually pretty easy to get with Faction Assaults and World Quests. The new War Campaign content is also required to get the Gnome and Tauren Heritage Armor.

Get your twink Freehold leveling in while you can, since in patch 8.2, groups that manually invite a character with their experience turned off will have a 95% reduction in experience that they earn. This is due to the popular method of inviting a level 110 twink Demon Hunter to Freehold or Island Expeditions, where they could solo the instance very quickly due to level scaling. Players were able to go from 110 to 120 in as little as two hours with speed boosting.

Level up your professions

If you hadn’t already maxed out your professions for the Tools of the Trade quests that came with patch 8.1.5, professions are getting a bump. The maximum skill level for primary professions will be going up from 150 to 175 and new patterns will use this new cap. Alchemy gets new flasks and potions, Inscription gets new BOE trinket recipes, and Jewelcrafting gets epic gems. There are new herbs and ore for gathering professions. Tailoring, Blacksmithing, and Leatherworking can make the new Mount Equipment, as well as raid-quality gear with sockets. Blacksmiths can even make a pretty ostentatious mount. 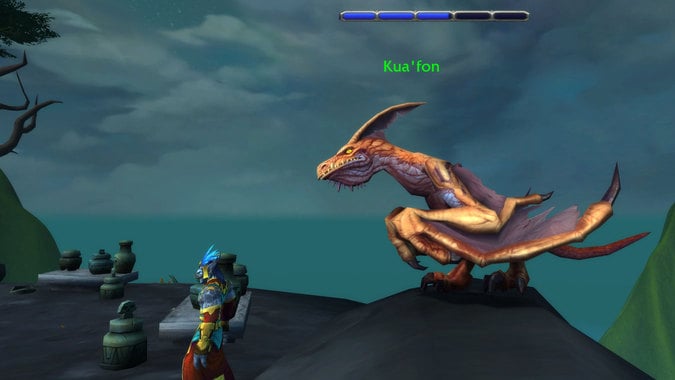 Horde, do the dinosaur quests

Remember that direhorn quest while you were leveling in Zuldazar and the Goblin that totally mucked everything up? We finally get a conclusion and maybe assuage Beastlord L’kala’s anger. Make sure you’re caught up on it, as the questline finally continues in patch 8.2. We help the baby direhorn grow and are eventually rewarded with a mount. Now is also the time to finish the Kua’fon quests, as patch 8.2 finally gives the pterrordax the ability to fly.

Alliance, do your bee stuff

Likewise, the much-awaited Bee mount is finally coming in patch 8.2. This is likely to be connected to the Let’s Bee Friends achievement in Stormsong Valley and Bumbles the bee pet, so get that achievement under your belt before patch day so you can start right away.

Things you don’t need to worry about

With every tier release, someone wonders about the Mythic mount. And with every tier release, Warcraft Devs assures everyone that it will stay until the end of the expansion. While they haven’t yet confirmed this one, it’s all but given that the cool Jaina mount will still be there until the next expansion, at which point it will drop to the standard 1% drop rate we know for so many other mounts.