It looks like WoW Classic is turning out to be a little more popular than Blizzard may have anticipated, as realms are already proving to be incredibly crowded. Despite adding 15 new realms and raising server population caps, many realms are high population, without a single low-population realm in sight. But Blizzard wanted to call attention to one overcrowded realm in particular: Herod.

In a forum post, Kaivax warned players that the Herod realm — which has already caused Blizzard to add three new PVP realms to help alleviate its population — is going to experience queues of 10,000 or more. And the reality has turned out to be even worse with queues as high as 30,000. But per Kaivax:

Based on name reservations so far, the Herod realm is looking to be massively overpopulated. If all existing players on this server remain there, login queues in excess of 10,000 players are a certainty, and possibly much higher than that.

Please also note that our realm population estimates of Low, Medium, High, and Full are based on this increased capacity – a Medium realm today already has more characters on it than even the most crowded realms did back in 2006.

What’s especially important to note given the above is that no realms are listed below Medium population right now. In fact, the majority are listed as Full. In other words, even the realms that aren’t going to suffer these 30,000 player queues are still going to have higher populations than most people experienced back in vanilla.

With that in mind, here are seven things you could spend your time doing instead of — or while you’re — waiting in these massive queues.

With the latest update to Overwatch, role queue was put in place for Competitive mode. While it’s still only in a truncated “beta” season, you’ll still be able to get rewards based on how well you do. It’s easy points toward that gold weapon, and my experience so far has been much better than it was prior to role queue.

If you say you don’t have anything around the house to do, you’re lying. Go clean your microwave, vacuum the house, wash the windows, do the laundry, dust that one area no one ever looks at… and then do it again, if need be.

Play the “How many wipes?”* game by queuing for all three Azshara’s Palace LFR wings

Azshara’s Eternal Palace, the big raid of patch 8.2, recently had its final wing of LFR added to World of Warcraft. Personally, I have yet to brave the wilds of LFR, but I’m sure it’s a total walk in the park, given Azshara’s Mythic race took such a long time!

And if that doesn’t take you four hours, you can go to Crucible of Storms next!

*This is the only place in life you should be playing “How many wipes?” 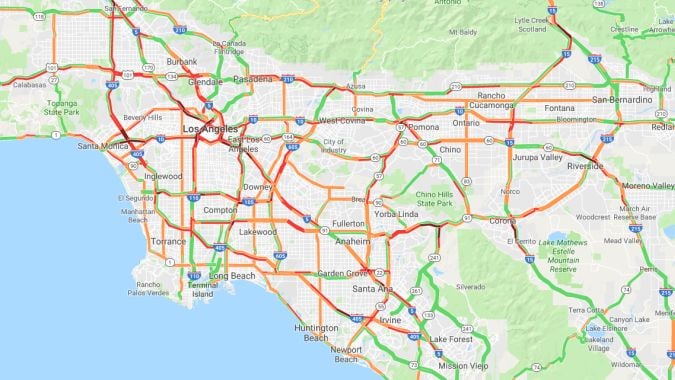 I’m told this might be a generous estimate, but you’re free to try your luck! Hey, maybe you could even turn it into a race. Challenge yourself to see how far you can drive (and then turn back) before your queue pops. If you drive too far or for too long, you can just start over and see if your next estimate is better.

A couple of weeks ago, several of us here at Blizzard Watch got together to continue our Dungeons and Dragons adventures. The full thing may have taken three hours, but you can still make solid progress through the whole thing while you wait in queue. And who knows! Maybe you’ll get DCd halfway through and have to start over. Maybe you’ll only move up one place every second. It’s anyone’s guess, so why not see how far you can into our Kobold-filled adventures while you wait?

Oh, and slight spoilers: I caused exactly as much trouble for the group as you’d expect. [Ed’s note: he did cause an awful lot of trouble.]

It was a blast.

Speaking of TOOL songs, did you know that they’ve released a single from their upcoming album? (Though with these queues, you may have to put it on repeat for a while.)

Go check it out!

Re-roll on a different realm

…I guess I could’ve made this the first one on the list, huh? While the other realms are still pretty full, they did not get an entire blue post dedicated to how they’ll have a 10,000-person queue. Maybe just go ahead and try a different realm if you’re on Herod.

Have fun with Classic, y’all! It’s gonna be a time.