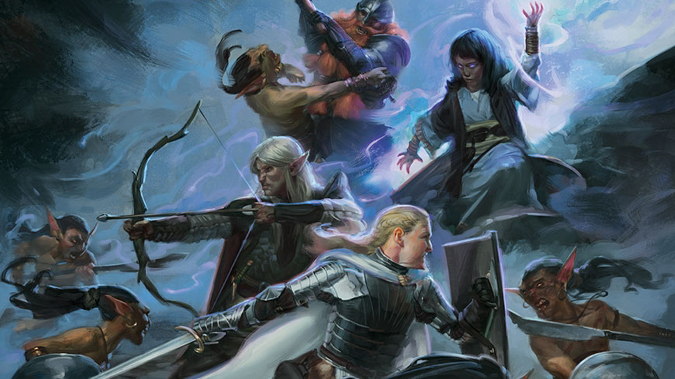 Sooner or later — and probably sooner — you’re going to say Okay, everyone roll for initiative when playing Dungeons and Dragons. If you’re a new Dungeon Master you may already be groaning as you say that, because even in 5th Edition D&D, that phrase and the aftermath of it can be one of the most time consuming aspects of gameplay. If you’ve listened to our D&D streams, you’ll notice that you can easily spend two or three hours just running a fight between your party and some kobolds.

Combat in D&D is simultaneously the most complicated and the simplest aspect of the game. The inclusion of powers and spells — so, so many spells — can really bog down gameplay to a crawl and it’s likely that you’re simply not going to know what a spell does. There are a lot of them, and while I know someone reading this is already typing about how easy it is to memorize them all, that person may have a stronger ability for rote memorization than you do. I know I don’t know what every spell in D&D does. I don’t know what every class ability is and I’m still pretty hazy on the grappling rules.

How to make combat less daunting for you, the harried DM

Why am I the DM again? Oh, right, nobody else wanted to do it. Haha, I kid because it’s literally true.

But fear not. There are ways to make combat less intimidating and to streamline the process. It’s still going to take up time — the game is designed so that the combat has the most rules because it’s where players end up doing the most stuff that needs to succeed or fail. But it can be manageable. So, what do you do to make combat less a looming presence in your games?

First up, forgive yourself for not knowing every spell and ability. There’s a lot of them out there. Instead of trying to memorize everything, get comfortable searching for things. There are a variety of options for searchable versions of the 5th Edition System Reference Documents out there. We did a whole post about System Reference Documents that you can use to find an SRD even if you’re not running D&D 5th Edition. The great thing about having access to an searchable SRD is that you can just search for the spell or ability in question when it comes up, which means less panicked flipping through the Player’s Handbook trying to find out how Chill Touch works or if Hypnotic Pattern has a Wisdom or Charisma save.

Rather than obsessing over knowing every single minutia of every single possible thing that could happen in combat, you can simply look them up with a lot less fuss. It’s quite handy.

Short cuts and how to take advantage of them

Second, be aware of ways that the game will allow you to take shortcuts. You don’t have to take all of them — I personally enjoy rolling the damage inflicted by enemy monsters, for example. But most monsters in 5th Edition have both the dice they roll for damage and an average, and as DM you can choose to just use the average. That Orc hit your party’s Paladin with his axe? Look at the box, and you see an 7 listed next to the dice and that’s the damage he does. It can take away a little bit of fun but if you feel like combat’s already bogging down it does speed it up. Similarly, if you have more than one combat encounter in a given session — say you’re doing a dungeon crawl — you can opt to simply have your players roll initiative once at the beginning of the session and then carry it forward for all subsequent encounters.

Speaking of dealing with initiative order, one thing I’ve blatantly stolen is the idea of setting up an initiative order document I keep on my desktop while I’m running games. You have everyone roll, and then you start by asking people if anyone has beaten a 25, and then you continue in this vein. “Anyone above a 20? Okay, Fizzl is at 21. Is anyone above a 15? Kainehe is at a 17, got it. Oh, Mischief is also at 17? Mischief, I’m putting you ahead of Kainehe.” You can roll up your monster’s initiative after, or just decide when you think they’d get to go — don’t be a jerk about this, it steals the fun for rolling a high initiative if you put the monsters at 22 so they get to go first unless there’s a compelling reason for it, but again the less you have to roll dice the more streamlined combat is.

Brevity on your turn

Now, one thing that really can bog a combat down is when it comes to be a player’s turn and they take forever to decide what they want to do. This can be a tough judgement call to make. Letting players figure out what they want to do and then watching them come up with something wild is part of the fun. I personally have a 30 second rule — I wait 30 seconds and if it seems like they still haven’t any idea what they want to do, I gently — gently, mind you — nudge them. If they still haven’t come up with anything at all with a minute gone, I feel like it’s okay to say they’ve lost their chance to act that round. If a player needs help for whatever reason, however, don’t hesitate to help. You’re here to have fun together, and if they’re having trouble because they don’t know what they can or can’t do, it’s just common sense to offer some suggestions.

Similarly, don’t take forever yourself. Sure, maybe you’ll make the kobolds attack the wrong character or you’ll forget to use that awesome spell that evil cleric knows, but better you screw up and lose than you take five minutes on a round and drag everyone else’s game down while they have to sit there and wait for you. 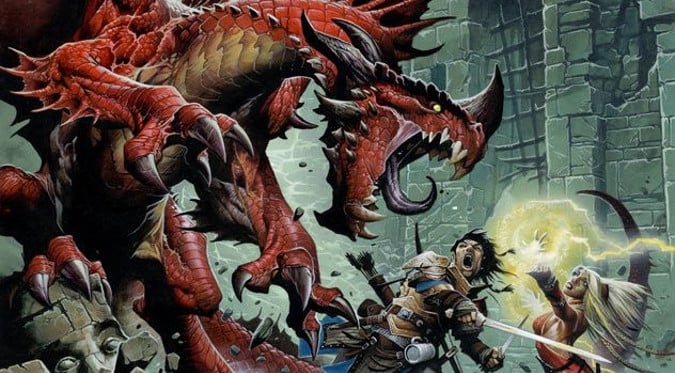 One last suggestion — be aware that doing an encounter with 10 lower level monsters takes way more time than 1 higher level monster. Even if they’re creatures that the group can kill in one or two hits, that first round can end up dragging forever if there’s a ton of monsters on the field making attacks. If you’re trying to speed up combat, a few elite foes takes a lot less time to deal with than hordes of low level threats that mostly exist to get your party to throw a Fireball to clear them out.

And since I know a lot of you are experienced DMs, feel free to drop your own suggestions for novice DMs in the comments. We’re all learning all the time, after all, and maybe you’ll have a suggestion I can steal and use in my own games while pretending like I’m a genius.