Out of all the announcements about World of Warcraft at BlizzCon 2019, two things spoken by Ion Hazzikostas stood out to me over anything else: “unpruning” and “player agency.” I’m hopeful that this is a sea change in the design philosophy for WoW. We got a sense of where Blizzard is going with this whole player agency business when they announced the choice of four Covenants, unlocking two active abilities (including one unique spell per class for a total of 48!), and the absolute slew of new visual customization options for the game’s main races.

We also got a small taste of unpruning with Ion announcing, for example, that Auras would return for Paladins, Curses for Warlocks, and Poisons for all Rogues. Many iconic spells will be available for all specs, such as Hunter’s Mark. Old favorites such as Challenging Shout will return. The focus of class design will center more around class identity than spec identity, with specializations becoming less, well, specialized.

All of this is welcome news. Unfortunately, Shadowlands will not offer a new class, a new spec, or even (if the demo is any indication) an additional talent row. However, I’m hopeful that this means the dev team will really go all out in improving and expanding the existing classes. Here are my ideas for two classes I have a long history with. 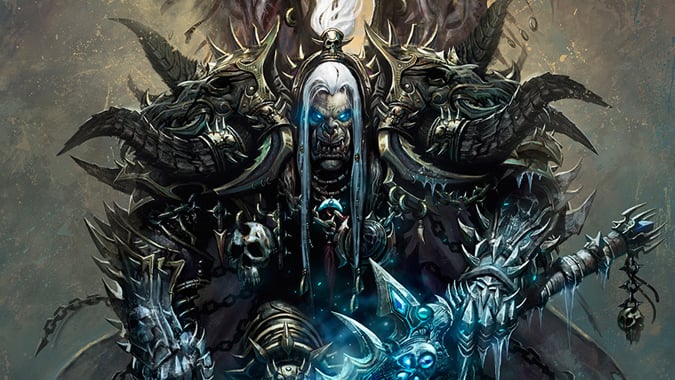 The six playstyles of Death Knights

When you introduce a new class to a game like WoW, you want to give it at least one big gameplay hook that differentiates it from all the existing classes to date — a reason for the class to exist as a class instead of just a spec. Demon Hunters, for example, have incredibly kinetic movement options built in to the baseline class with their double-jumping, gliding, and back-and-forth zooming. For Death Knights back in 2008, that big hook was this: you could tank or DPS with any spec, for a total of six different playstyles.

Did you want to DPS as Blood? Did you want to tank as Unholy? You could. Generally at any given point in Wrath — and there were a lot of different points as Blizzard tinkered endlessly with the class throughout the expansion — one spec was best for DPS and one was best for tanking, but unless you were a hardcore raider, you could play the class exactly the way you wanted to.

And it. was. awesome.

That all changed, of course, once Wrath was over. Blizzard consolidated all of the tanking into Blood and all of the DPS into the other two specs. They said that balancing all six playstyles was too much work. I’m not asking Blizzard to go through that headache again. It’s OK if one spec is always going to be the optimal choice for each role. But having the option to play the class however we want to would be fun.

The class was originally designed to give ultimate agency to the player. If that is Blizzard’s goal for 2020, bringing back these options would accomplish that in spades.

With a return to more baseline spells, this would now be possible. The specs could keep most of their existing talents — just give us one in each set that turns the spec into the other role, with whatever bonuses and spell changes it requires. Blizzard already experimented along these lines with the Gladiator Stance talent for Warriors in Warlords of Draenor. It was one of the most fun talents Blizzard has ever added, and I hope that it also makes a triumphant return in Shadowlands.

Maybe I’m biased, because Blood DPS and Frost tanking were my favorite ways to play the Death Knight class. But I think a lot of players would like to see these options return.

I also think the baseline class should go back to having the three different rune types as its resource. Originally, the class had two of each rune, with baseline spells from all three schools that used them. Making sure you spent all three types of runes to keep them rolling was a compelling gameplay loop. For DKs, nothing would emphasize class over spec more than restoring the original rune system, bringing together all three of their spell schools once more.

Beyond these major changes, here’s my wishlist for DKs:

Seals were more thematic — and could be more fun

The other class that I enjoyed most during Wrath was Paladin (and it was my main). Protection was decent, Holy was powerful if niche, but Retribution? It was absolutely glorious. Some of my favorite memories in all of WoW were storming Icecrown with my Ret Paladin. It felt thematic, it felt epic, and the spec was crazy fun.

Then Cataclysm came along and gave us Holy Power. Holy Power was like putting a parachute on a Ferrari. The car could still drive, but you took all the zip out of it. Players said, “Wait. Isn’t this just Combo Points for Paladins?” And they weren’t wrong, especially after Blizzard permanently gave Paladins a maximum of 5 HP instead of 3.

Holy Power never sat right with me. It didn’t feel thematic to the class. It felt inorganic and “game-y.” It also didn’t work very well for Protection or for Holy. Blizzard removed Holy Power from both specs. Blizzard’s obsession with builder/spender DPS specs wouldn’t let them drop HP from Ret however.

In Shadowlands, it’s time. All Paladins once had an incredibly thematic system, before this whole Holy Power nonsense: Seals and Judgments.

Judgment is still around, but for Ret it’s just another samey DPS button to hit on cooldown (to build up Holy Power —  yawn) and for Prot it’s even less interesting. It used to have different versions with different effects, giving the player agency over what kind of debuff to put on the enemy. Let’s bring that concept back!

Let’s be clear: no one wants to return to the Ret you can go back and play in Classic, where you would put up a Seal and watch your character slowly chip away one autoattack at a time until you could judge again. Today we have a lot of other spells that we can cast between sealing and judging. The system and the Judgment spells don’t have to be the same as they used to be. They can be updated for the fast pace of modern WoW. But they worked back then, and they should come back for every spec — especially since Holy is now meant to be played at melee range. 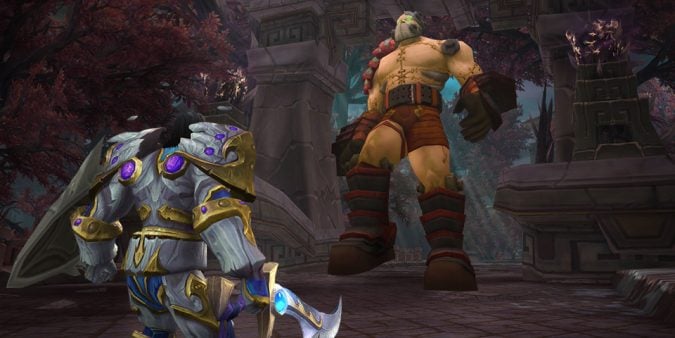 With talents, you could add in more options, including one that would encourage the old practice of “seal twisting.” That meant switching from one seal to another in combat to double up on their benefits. The Empowered Seals talent from Warlords of Draenor brought this option back for Protection and Ret Paladins, but it lasted only one expansion.

My other wishlist items for Paladins:

What do your wishlists look like for your favorite classes?