After a nearly 20-year-long hiatus, the Druid is back in the hands of players for Diablo 4 and was one of three classes in the floor demo at this year’s BlizzCon. Blending shapeshifting and nature-oriented spellcasting with raw physical presence, D4‘s Druid is a massive beast that nonetheless has some extra tricks up his sleeves. So what do we know about the Barbarian’s long-lost cousin?

When the Druid last appeared, it was an expansion class in 2001’s Diablo 2: Lord of Destruction, alongside the Assassin. He was a jack-of-all-trades, having a tree for nature-oriented magic that competed with the D2 Sorceress, one for shapeshifting that made him a melee powerhouse like the original Barbarian, and one for summoning spirits that put him in a class with the minion-heavy Necromancer.

With how much D2‘s resulting gameplay relied on specialization, however, the Druid didn’t get to lean into this flexibility as much as his counterpart in World of Warcraft; since each of the Druid’s trees felt like a stripped-down version of another class, there weren’t many compelling reasons to pick him over one of those other classes, aside from aesthetics. As a launch class in D4, however, it’s highly likely that the Druid’s strength in versatility will set him apart from the other classes and allow him to eke out his own corner. 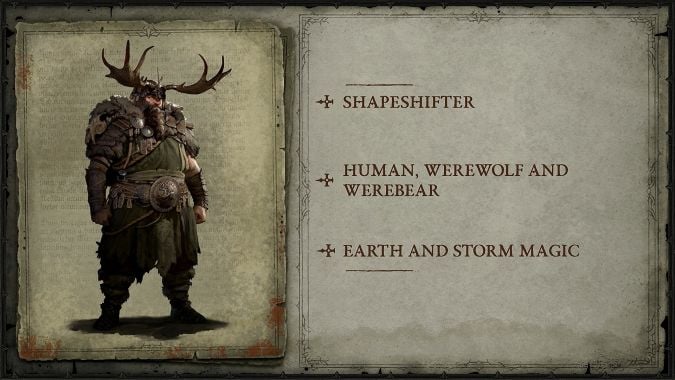 These are a mix of physical and magical attacks that generate Spirit and each have a bit of utility besides. Good primary attacks with a bit more diversity between them than equivalents for other classes in D3.

These are your big-damage spenders, which are all large area attacks that can hit multiple enemies. They cost Spirit to use.

Despite the name, half of the abilities listed here are also attacks, but all of them grant some defensive utility, either by passively reducing your damage taken, debilitating enemies so they can’t damage you as much, or straight-up healing you from damage you’ve taken.

Wrath: These are additional, cooldown-delimited attacks that dish out additional damage. The category is pretty small, so it feels ill-defined at the moment. 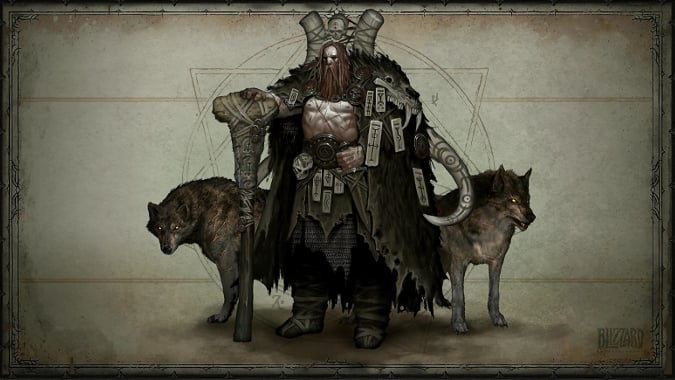 Companion: These skills are your selection of animal and plant minions, all of which have a passive and activated effect. The active effects are limited by cooldowns that currently range from short (8s) to medium length (30s).

Ultimate: These are juicy long-cooldown (50-90s) abilities that dramatically change the battlefield for a brief period through their effects.

In addition to the ability categories of the Druid, several mechanics show up repeatedly across different abilities, which bear (HA!) being highlighted: 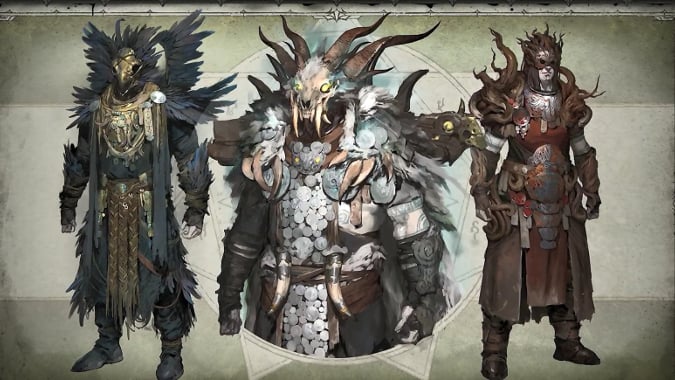 Similar to passives in D3, talents modify your existing abilities in a meaningful way. This can be a broad effect, like Predatory Instinct increasing your damage to nearby enemies, or specific to a certain shapeshift form, like Werewolf attacks gaining a proportional poison effect. Then you’ve got broader talents like Call of the Wild, which has a distinct effect depending on which animal Companion you have out. Some even modify based on the aforementioned mechanics, like Primal Resonance, which enhances Crushing Blow damage.

Some key talents worth mentioning:

In a way, these talents feel like a blendering of the skill runes and class passives we saw in D3. You have the functionality of altering an ability’s properties in a meaningful way (though perhaps less in the form of visual effects, as many D3 talents did) but you also have broader effects that engender a greater sense of synergy between different kinds of abilities. If you want to be a Shapeshift expert who can take a lot of punishment, you can do that, but if you want to be an Earth caster who aims to land lots of Crushing Blows, there’s ways to do that as well.

For a full list of everything offered in the Druid kit during the BlizzCon show floor demo, you can look at Wowhead’s overview. As we learn more about the D4 Druid gameplay, however, we’ll keep updating this page with more information. 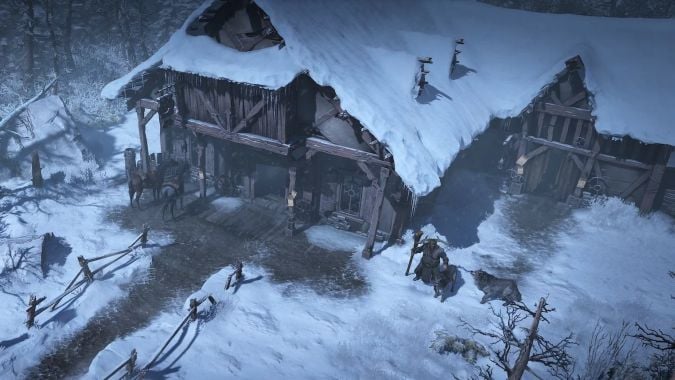 Within the lore of Sanctuary, the Druids shared their origins with the Barbarian tribes, and shared their charge to protect the sacred mountain of Mount Arreat against any who would dare plumb its mysteries. Where the Barbarians did this through honing their martial prowess, the Druids did it through embracing their connection to the natural world, turning both flora and fauna into their weapons and allies against evil. Doing so meant disconnecting themselves from the societies of men, however, and consequently the Druids have been only very rarely encountered outside of the wild forests of Scosglen.

For those of you who came into the franchise with Diablo 3, it is quite likely your closest brush with the Druids came when the Shrouded Moors were added in Patch 2.6.0. These moors are part of the Scosglen area, and the Night Howler enemies encountered there are suggestive of a connection with the werewolf form that the D2 Druid could take. In World of Warcraft Worgen history, Druids invented the werewolf-like and transferable “Pack Form” as a new weapon against the Burning Legion during the War of the Ancients, but it was deemed too dangerous and was sealed away until recent history. If one takes a cue from this, one could conjure a narrative that explains both where the Night Howlers came from and why the Druids never came out of the woods during those big world-threatening conflicts depicted during Diablo 3 and Reaper of Souls.

Of course, knowing that Diablo 4 takes place later demonstrates that at least one person from the Druid colleges has survived to carry on Fiacla-Géar‘s traditions. If you have question about the Druid in Diablo 4, let us know in the comments and we’ll see if the answer is out there. If not, we’ll just need to be patient — but check back often!