One of the most persistent complaints among people running Mythic+ dungeons in World of Warcraft is how hard it is to find a tank. Unless you’ve got a buddy from your guild who’s online, or have otherwise chained a few people to their computers for your own convenience, odds are good you’ll be sitting in LFG for a while. It’s a problem if you’re running low-level keys, it’s a problem if you just want a +10 for the week, and and it’s still a problem even at the very top. If you are a tank, you know what it’s like to log on and watch a series of increasingly desperate requests flood in.

Tank shortages are perennial complaints in WoW, but the severity tends to wax and wane. Right now it seems to have reached another crest, and players have suggested a number of potential causes and solutions. I’ve listed the ones that I think are probably the biggest culprits. 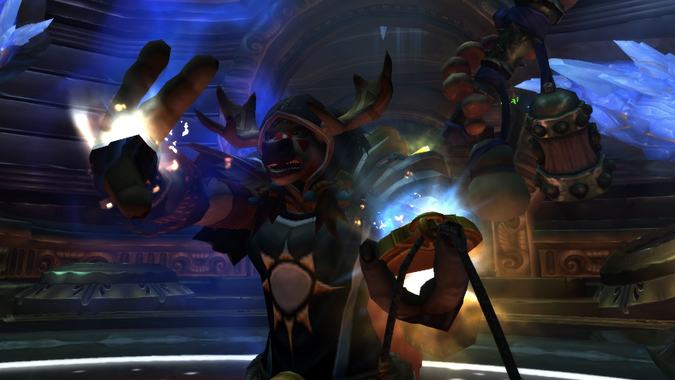 The average group can carry an under-geared DPS through a timed key up to around +15. By contrast, an under-geared tank is at a severe disadvantage with respect to both mitigation and threat, and can’t really be carried as a result.

Normally, this is a short-term problem, because one of the advantages to playing a tank is the ease of getting groups. However, Battle for Azeroth has introduced another wrinkle in the form of Heart of Azeroth levels and Essences. Some of the most commonly used minor tank Essences (e.g., Nullification Dynamo, Aegis of the Deep) are gated behind reputation and material grinds, just as valuable threat and stamina boosts are gated behind HOA levels.

Potential fix: The threat issue has a minor fix approaching in patch 8.3, gating the threat boost behind the first Major Essence and not a series of small ones. Otherwise, while I know the drumbeats for account-wide HOA levels and Essences are pretty loud, that’s the only thing likely to solve this issue quickly. 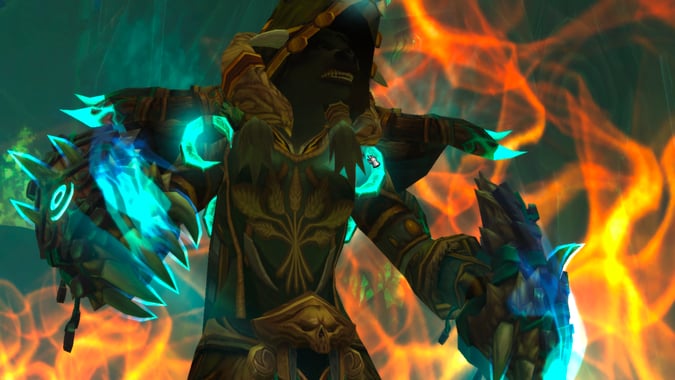 How much you need to know

The knowledge requirement to be an effective tank in M+ is daunting. Ideally, you:

The only way to know the answers is to tank for a lot of groups, make a lot of mistakes, observe a lot of players, and then make a reasonable guess on the best choices in each run. Things can still go wrong because you can’t read anyone’s mind, and a decision that worked for one group can go disastrously wrong in another. There are endless opportunities to look — and feel — like an idiot.

Potential fix: 5-man content has always leaned heavily on tanks, and the timer in M+ just adds to the pressure. I’m not sure there’s a way to fix this without fundamentally altering the tank’s role in dungeons, and also not sure that it really needs to be “fixed.” Plenty of people enjoy tanking; BFA’s just magnified the more frustrating elements of the job.

Tanks are prone to poor treatment from PUGs

Tanks are saddled with a lot of responsibility, and when things go wrong, they’re an easy target for player ire. Most players are nice and most groups are understanding — far more than you might expect! — but the bad experiences stick with you. Nobody wants to play a game to get yelled at.

Potential fix: Outside of /ignoring the person involved, I’m not sure there is one. This problem exists everywhere in gaming. 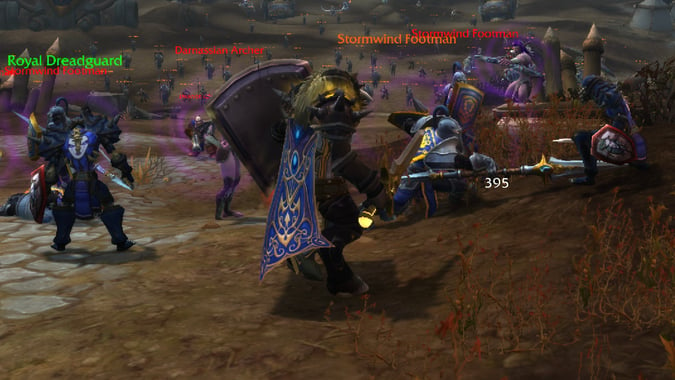 Tanks got two big blows in the transition from Legion: Their threat, mitigation, and self-healing were yanked back (developers wanted them to be more dependent on their healers, which I’d argue was reasonable), and BFA‘s dungeons were designed to be harder than Legion‘s. Because this mostly took the form of bigger, meaner trash packs and an additional affix, the danger to tanks soared just as their ability to deal with it decreased. High-burst DPS specs armed with even greater burst from Essences can also make life miserable at the start of a pull.

If I had to pick anything here as the single biggest cause, it’d be this. The combination of weaker tanks and brutal dungeons has acted as an accelerant on all the reasons people don’t want to tank. The impact on M+ has reached far beyond the tank shortage, but that’s an article for a different day.

Potential fix: I’m not alone in hoping there’ll be a different approach to 5-mans in Shadowlands.  I think most players are okay with the idea of difficult trash and bosses — where would the challenge be otherwise? — but I’d argue that stuff like the pack in front of Volkaal represents a design failure.

Every single affix changes how you experience a dungeon as a tank, and handling them badly comes back to bite you. By contrast, the DPS experience is much less affected by affixes, and irresponsible play has consequences for people who aren’t you. Bolstering a high-damage mob might mean the tank has to blow a cooldown, but it won’t affect your damage. Killing a melee mob on top of a ranged one during Sanguine is a nuisance for the tank, but again, it won’t show up on the meters. Popping your trinkets and blasting at the start of a pull on Skittish will send the tank and healer scrambling, but as long as they get the pull under control before you die, your DPS will be fine.

There’s no easy or quick way to assess DPS performance outside of their damage, so that’s mostly how they’re judged. What happens when you’re mostly judged on the basis of your damage, and it isn’t badly affected by the failure to handle dungeon mechanics? You wind up treating the effects of poor affix management as an externality.

Potential fix: Experienced M+ player will point out that DPS mistakes do affect the group: All of the aforementioned examples cost valuable time and/or cooldowns, and players who don’t realize this aren’t likely to get far in M+. However, I think it would be interesting to see Blizzard experiment with affixes that diffuse consequences more evenly through the group, though I acknowledge that’s a difficult goal. 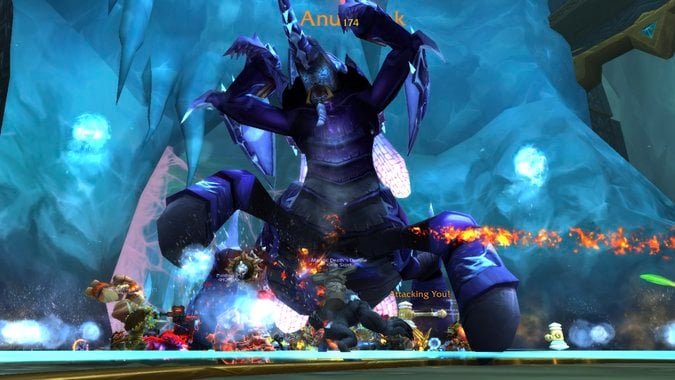 Stress on tanks can be high

In every pull, you’re watching your threat, health, active mitigation, the healer’s mana, your own damage, cooldowns, pull speed, any nearby patrols, and mob positioning. Advanced tanking means keeping an eye on group interrupts and cooldowns so you don’t take unnecessary damage or waste opportunities like Combustion and Metamorphosis. It’s exhausting to stay on top of all of this, especially on the weeks with really nasty affix interactions.

Potential fix: As with the knowledge requirement, I think a certain amount of this is inherent to the tank role, and that it isn’t necessarily insurmountable on its own. It’s just that the less-enjoyable parts of the job got worse this expansion.

The combination of these factors has been a powerful barrier to new tanks and a source of burnout for existing ones. All are likely to become more acute in the next season with weekly chests requiring +15 runs for the best gear and rewards added to the Keystone Conqueror and Master achievements.