Will Paladins or Crusaders — or maybe even Templars — be in Diablo 4? 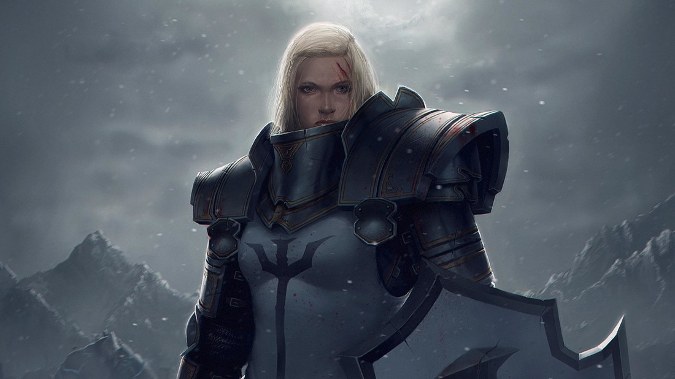 With three classes announced already for Diablo 4 and supposedly five classes total, we’re only going to get two more classes in Diablo 4, and clearly there are way more than two classes in the history of the franchise fans would like to see. As a long time Diablo fan, I’d love to have almost all of them — Amazon, Assassin, Demon Hunter, Witch Doctor, Monks — I’d like to see literally all of them. Since we know we’re getting two more, we can’t possibly get all of them.

I’ll just be up front here. Of the classes we already know are coming, I’m clearly a partisan for the Barbarian — I’ve loved them in every Diablo game since D2, and they make the franchise fun for me. I loved what I saw of the Barb at last year’s BlizzCon. S0 I’m basically good — it honestly doesn’t matter to me what else they put in and leave out of Diablo 4. I will be playing a Barbarian, and then another Barbarian, and then probably a Druid before I play my third Barbarian.

That being said, there are certain roles and classes that I think Diablo really works well around, and one of them is the holy warrior archetype present in the Paladin or Crusader class.

Holy warriors shine brightest in the darkness of Diablo

In Diablo 2, the Amazon handled a certain role that we got in the original game with the Rogue, and in Diablo 3 we saw the Demon Hunter pick up that concept and run with it. One role I think Diablo 4 could definitely use is the Holy Warrior archetype that we saw in Diablo 2 with the Paladin and Diablo 3 with the Crusader. Will we be seeing either in Diablo 4? Well, I don’t know for certain yet, but there’s definitely a case to be made for either or both of them.

Diablo 4 is set after the events of Diablo 3, with the world of Sanctuary in chaos after Malthiel’s attempt to kill literally everyone in the world. It seems clear that governments have fractured and the world has entered a kind of dark age, with isolation and terror growing more common. We know that the Church of Zakarum — the faith both Paladins and Crusaders hold — didn’t recover from the events of Diablo 2 what with all those evil Mephisto cultists having infiltrated every aspect of it (Archbishop Lazarus, everyone?) so it seems to reason that they’re not doing much to unite everyone. In the world we’re seeing in Diablo 4 the idea of an itinerant wandering holy warrior bringing forth the power of light to destroy demons seems pretty solid. It’s a classic trope — the weary warrior who holds on to concepts of honor and righteousness that seem outdated in the world she finds herself in, trying to see justice done despite the wickedness of the world.

I think the Crusader was one of the best classes in Diablo 3 even though it wasn’t introduced until the Reaper of Souls expansion. But I don’t necessarily think what we need is a straight up port of the Crusader, or of the Paladin that came before it in Diablo 2. Instead, I think what we need is some sort of class that brings the same idea, perhaps in a different package. One possibility would be to import the Templar follower class that we saw in Diablo 3, and really explore the idea of the Templars as repentant sinners who, following Kormac’s defeat of the Grand Maester, are no longer forced into the order but instead choose to join it and make up for their former lives by choice.

Is there a possibility we could play all three?

This could allow for yet another kind of holy warrior, one less about zeal and vengeance, or honor and purity, but instead dedicating themselves to a forever battle for atonement and contrition — warriors who aren’t seeking to defend the Church of Zakarum, or purify it of corruption, but instead to simply safeguard and defend the people. Plus, it would mean not having to decide between the Paladin and the Crusader, but instead you could steal bits and pieces from either as it suited the gameplay.

To be fair, both Paladins and Crusaders would also work in this role. Remember, we’re starting in Scosglen and then heading south into the former lands once held by Kehjistan, which could mean a return to Kurast the defiled Holy City of the Paladin order. Since the centuries of corruption by Mephisto was the exact reason that the Crusaders broke off from the Church, either or both sects could be interested in exploring the city and discovering exactly how Mephisto did what he did in an attempt to reunite their faith.

There’s a lot of potential for any version of the holy warrior, be it a Templar, a Paladin, or a Crusader. Each group has their own dark secrets that would be interesting to play out in Diablo 4. The Templars were once conscripts who had their minds and wills burned away and who would now be seeking not only to redeem the legacy of their order but their own personal sins as well. Meanwhile the Paladins were the tools of a corrupt organization for years. The Crusaders wandered Sanctuary seeking to purify it — a mission that has clearly been less than successful. I’d almost love to see some way you could play as any of them. Perhaps steal the idea from Pathfinder 2 of the Champion, and have a simply option on the character creation pane that let you pick which group you were from.

There’s a lot of potential for some version of these classes in Diablo 4 and I hope we get to see it.

Blizzard Watch is made possible by people like you.
Please consider supporting our Patreon!
Filed Under: Crusader, Diablo 4, Holy Warrior, Paladin, Templar
Advertisement