Diablo 2: Resurrected preserves 8-player multiplayer and other game modes from the original 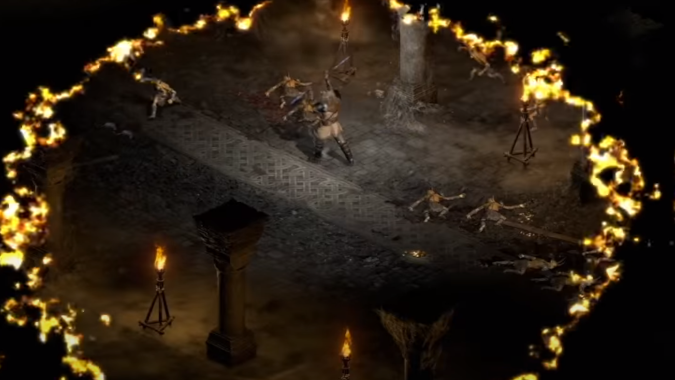 Watching the Diablo Q&A at BlizzConline, I was happy to hear Rob Gallerami talk about how multiplayer is going to work in Diablo 2: Resurrected. Although I was a bit disappointed to hear him say that we’re not going to get the couch co-op play that Diablo 3 has on consoles, I was heartened to hear that 8-player multiplayer will be available, hearkening back to the way it worked when the game first came out, and it’ll be available through Battle.net. There will also be local play on the Nintendo Switch port of the game, as well as controller support for PC as well as consoles, if that’s how you want to play it.

I’m not 100% sure if Rob’s statement that you can TCP/IP and do 8 player multiplayer for Diablo 2: Resurrected was a joke or not, as it was followed up by Rod Fergusson joking about using his phone line and modem, which is something people actually did back in 2000 when Diablo 2 came out. But regardless, I’m super excited that Diablo 2: Resurrected, while trying to use the modern Battle.net to curb abuses, will still allow for the big multiplayer groups that are a key part of the crazy Diablo 2 multiplayer experience. Watching a big group rip and tear their way through Hell difficulty is absolutely central to the experience, and knowing that it will be preserved for people who both remember playing it back in the day and for new players just picking the game up for the first time is just great.

One of the things I’m loving about all these Diablo 2:Resurrected presentations at BlizzConline is how committed Rob Gallerami and the others developers on the project seem to be to preserving as much of the authentic Diablo 2 experience as one possibly could. I think making sure the multiplayer allows for that 8-player co-op really speaks to that dedication, because it’s going to be an absolute nightmare for a lot of people to experience what is just two players short of a full World of Warcraft raid nowadays in a Diablo 2 playthrough. The real chaos of a Diablo 2 run, presented in Resurrected’s gloriously updated graphics and UI? That’s amazing.