WoW is an eternal leveling treadmill, and it always has been 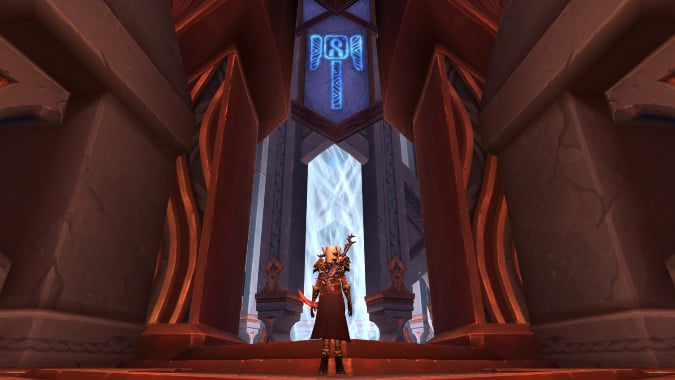 Borrowed power systems have been a staple of World of Warcraft since the Legion expansion. These temporary power boosts arrived in the form of Artifacts and persisted in Azerite Armor, Corruption, and now the Renown system for Covenants and the Covenant powers. These systems transform endgame play, giving max level players something to do — similar to the period when we all first entered a new expansion and leveled up our characters. We may not be leveling our characters anymore, but we’re still leveling something in these borrowed power progression systems. In essence, they make leveling into something almost permanent.

In Shadowlands you level from 50 to 60, and then choose a Covenant to join. Now you must begin the process of increasing your Renown with your Covenant, gathering the Anima needed to unlock your Covenant’s full range of features, and otherwise spend your time basically advancing those goals. You have completed one treadmill, and immediately stepped off of that treadmill and onto another, more elaborate treadmill. 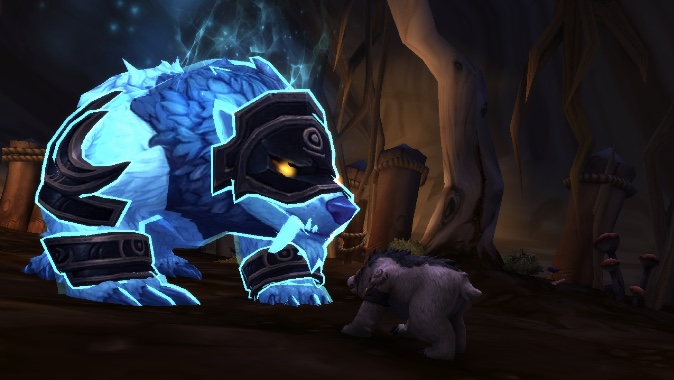 It’s leveling treadmills all the way up

This was fine when it was introduced in Legion — the Artifact was a big part of the leveling experience, and it felt natural to extend it into the endgame portion of the expansion. You got the resources you needed to upgrade the Artifact from things you were going to be doing anyway, so it didn’t feel as much like you were engaged in a series of chores, although that was something that players mentioned noticing and not always enjoying. But it was new, and novel, and there was a cool lore element to it that got players hooked for the most part. I mean, even if you felt like you were having to go out of your way for Artifact Power, it was to make your awesome Ashbringer or Doomhammer even stronger and that’s just something that appeals to a lot of people.

But I think this idea, which extends the leveling curve into the endgame, has had diminishing returns as it’s returned in different forms in Battle for Azeroth and Shadowlands. The Heart of Azeroth and Covenants don’t have the same epic feel as Legion’s Legendary weapons.

And because reaching max level is no longer the end of the leveling treadmill, you lose that sensation of achievement when you hit max level. You didn’t hit the top of the mountain. While it’s fair to say that World of Warcraft has literally always had this element — even back in 2004, when you hit level 60, you found yourself immediately running dungeons for set gear so you’d be strong enough to run raids for tier gear, which then got replaced by better gear as new raids came out. But while that’s absolutely another kind of leveling, there’s a difference in terms of how it feels. There’s a sort of sense of accomplishment to it that ticking off a new level of Renown or collecting a mound of Azerite doesn’t have — powering up your character with gear doesn’t feel like it invalidates your level the way borrowed power systems do.

On paper, it’s basically the same thing. Hitting level 60 and starting to run Upper Blackrock Spire every day for your Valor set is just as much a chore as going out and running Spires of Ascension to complete your weekly Anima quest — but there’s a difference in how it feels to actually do it.

That’s something I’ve really been thinking about for the past few months, because endgame has always had some kind of treadmill like this. There have always been attunement chains to complete, gear to farm, Badges of Justice to collect — there’s always something that basically extends leveling into the endgame. So why is borrowed power different? Is it different because it is more blatantly an extension of leveling, or because it makes the actual act of reaching max level seem almost arbitrary because you’re immediately placed into a new activity that has literal level numbers attached to it?

I think that Legion succeeded more in disguising this than BFA or Shadowlands have, and it’s worth examining how. People still noticed it, just like people noticed it back when we were running Molten Core for gear to go after Nefarian in Blackwing Lair. But we were more willing to tolerate it because there were cool quests, lore moments, and dungeon/raid drops that went into making the Artifact better. Plus it was a novelty — we’d never really had a system like it before. It combined elements of the game we’d seen in other ways, like tier gear, into its design.

I think one solution for whatever comes after Shadowlands is to go back to what worked to disguise this process before — don’t put level numbers on things. The gear treadmill had a lot of its own issues and it’s still very much present, but while item level does exist, it doesn’t feel like item level is your level — you’re still max level, no matter how bad your gear is. I mean, ultimately, getting better gear during an expansion is its own form of a borrowed power system — you get stronger, and once the next expansion comes along and the new max level is introduced all that time and effort you put into getting that new gear is stripped away from you. You’re back at square one, just as you are when your Artifact doesn’t work anymore, just as you are when your Azerite Armor doesn’t work anymore.

It’s exactly the same, in terms of its function. But players are more conditioned to accept it when it isn’t couched as the major feature of an expansion, and that’s something I think needs to be part of whatever comes after Shadowlands — we’re always going to have these treadmills, but there needs to be a preservation of the feeling of accomplishment. We can’t just step from treadmill to treadmill without any effort made to disguise them.

Hopefully the game’s future treadmills won’t feel quite so much like treadmills.