Getting started with Final Fantasy XIV as a WoW player 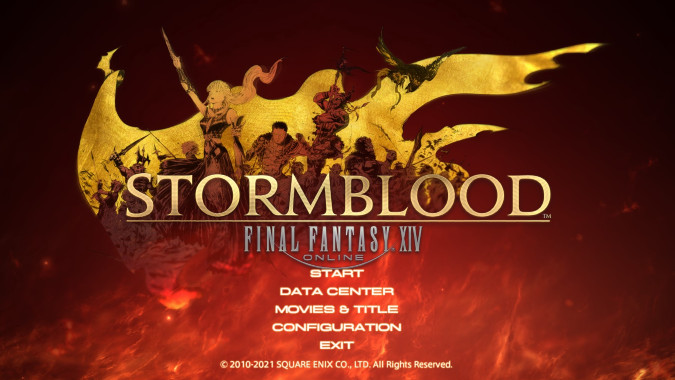 It’s no secret that a lot of veteran World of Warcraft players are dipping their toes into Final Fantasy XIV lately, for a variety of reasons. And that is totally okay: many of us play both of those games at the same time. They offer such different experiences that there is no real pressure to “choose” between one or the other. WoW is my main game, and I adore it for its gameplay (but also for the story). FFXIV is my side game, that I play mostly for the story (but also for its gameplay).

Regardless of your circumstances, if you’re reading this article, chances are good that you’re thinking about trying FFXIV — or that you already are, in fact, getting started with it. While certain aspects of this game can feel immediately familiar to players whose MMORPG experiences are mostly based around WoW, some of its elements can vary from “slightly” to “completely” different. Chances are that some of the stuff you’ll encounter will get a little confusing, and maybe even overwhelming. So the goal here is to let you know what you can expect in the beginning of your FFXIV journey from the perspective of a WoW veteran. 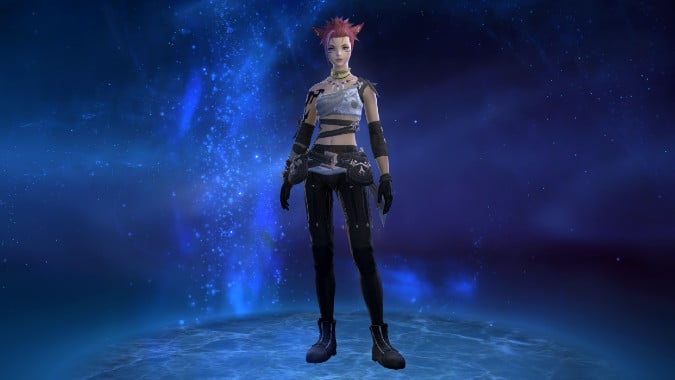 Follow the Main Story Quest — but know your other quest types

Final Fantasy XIV is a game centered around its story. That is to say: it hinges on the story far more than World of Warcraft does. Some people are unafraid to say that they play FFXIV like a single player RPG “that has some MMO elements,” rather than as a “true” MMORPG.

Because of that, it must be said that most of your time in FFXIV as a new player will be spent following the Main Story Quest (MSQ). These quests are marked by a comet symbol, so you can easily differentiate them from regular quests. It’s worth it to note that the MSQ can feel slow when you’re doing the ARR (vanilla) content. There will be a lot of walking around, talking to people, and watching cutscenes. But it gets significantly better later on, as you enter expansion content.

Beyond the MSQ, you should know that Class Quests are also super important, since they teach you new abilities, and even allow you to change into a more advanced form of your starting Job (equivalent to WoW classes) later on. These should be done as soon as possible.

Finally, any quests that have a “plus” sign (+) in their icon are quests that will unlock some new feature. You should also prioritize those quests.

Regular quests — the ones that don’t fall into any of the previous categories (MSQ, class, plus) can safely be ignored. It’s probably better to leave those low level quests behind, for the future: when you want to level a new Job, you’ll have to start from level 1 again with that Job, and those uncompleted low level quests will serve you well. For simply getting your first Job to max level, you don’t need them: the experience you gain from other sources is more than enough. 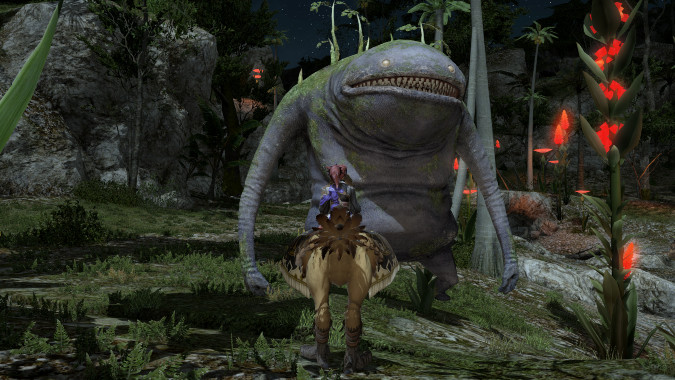 Which aspects of FFXIV are very similar to WoW?

Dungeons are much the same: you can still queue for them, they still use the holy trinity of Tank, Healer, and DPS. The difference is that groups only have four people (one tank, one healer, two DPS). The MSQ will require you to complete dungeons in order to progress, so be mindful of that. Within those dungeons, gear drops use the “Need / Greed / Pass” system, like WoW Classic, instead of the Personal Loot system from Modern WoW.

Guilds are called “Free Companies,” but they’re much the same. My experience is that you can often find Free Companies recruiting new players, and that they’re usually very helpful.

Mounts, pets (minions), and transmog (glamour) aren’t much different from WoW. Mount speed is tied to zones, and progressing in each zone can earn you achievements that increase your mounted speed in them. Each mount has its own unique theme song, which is very nice. And just like in WoW, we all know that transmog / glamour is the true endgame. 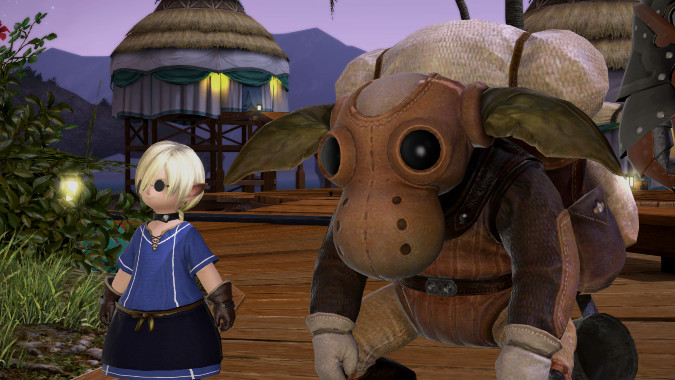 Which aspects of FFXIV are a little different from WoW?

As you travel the world, you’ll quickly notice that there are no flight paths. Instead, there are Aetheryte Crystals. Once you encounter one of those crystals, you can “attune” yourself to it. At any point, from anywhere in the world, you can directly teleport to any crystal you’ve already visited and attuned yourself to, for a cost. The farther you are from it, the more expensive it’ll be — but that cost is still negligible for the most part. In a sense, it’s just like flight masters, but instant.

Eventually, you’ll come across some in-game tutorials, which put you into a personal instance, and teach you some core concepts, especially related to group play. These are amazing; do them. They teach you how to perform your role in group play, and they do it very well — and even reward you with some nice leveling gear in the end.

As you face monsters, whether while questing or in dungeons, you’ll quickly see that there are a lot of attacks that appear graphically on the ground, showing where they’ll hit, before they actually do. That’s the norm, so get used to it. Most powerful enemy attacks are telegraphed in this manner, and you’ll need to dodge them — but you’ll usually have more than enough time to do so, as long as you’re paying minimal attention.

PVP exists in FFXIV, but frankly, it’s not a focus like in WoW. It’s mostly just there. 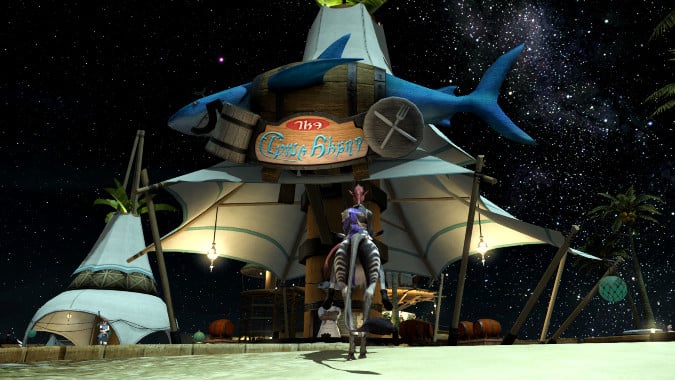 Which aspects of FFXIV are very different from WoW?

The player base is not divided in factions. All players share the same pool of cities, quests, etc. Also, races are mostly cosmetic; you won’t be picking a certain race in order to min/max. Furthermore, all Jobs are available for all races. There are no restrictions.

That’s the good news, but here’s some more. You’ll be able to switch to any other Job you want, at any point. Started the game as a caster, but decided you don’t like it? Try an armored melee class instead. In theory, a single character is all you need, since you can learn every Job on the same character, provided you dedicate the time to level it up.

Unlocking more Jobs, and switching between them, is quick and easy: you just need to go to a guild and learn it. But you’ll be reverted back to level 1 for that Job, and each Job has its own individual level. Different Jobs are tied to different equipment sets, and each uses its own type of weapon. Switching Jobs means switching your entire gear set — which you can do with a single click, don’t worry.

FFXIV uses a 2.5 second Global Cooldown. It can feel super slow at first, when compared to WoW, which uses a 1.5 GCD for most classes, and even a 1.0 GCD for a few. But eventually, you’ll get a lot of abilities that are off the GCD, and that you can weave in-between your regular rotation. Most utility abilities, like self-heals, fall into this category. Finally, FFXIV rotations can often be more complex than WoW rotations, which means that the extra time to think about your next move will be welcome later on.

Crafting is far more intricate than in WoW. It would probably be beyond the scope of this article to explain how it works; suffice to say, each item you craft takes input from you, and depending on what you do as you craft it, you can increase its final quality. Be mindful that gathering and crafting are actual Jobs that you must change to in order to perform those activities. 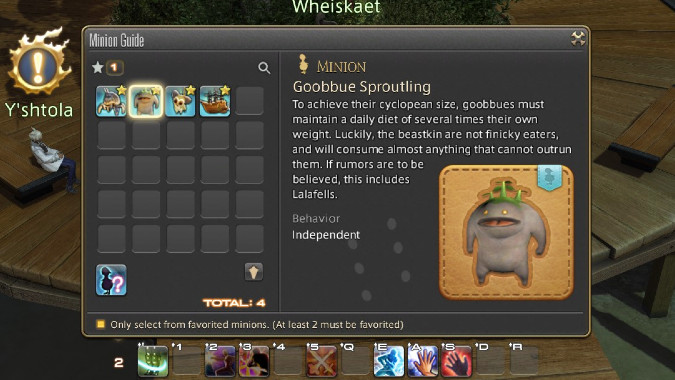 The truth is that FFXIV has much more in common with WoW than one might imagine — Game Director Naoki Yoshida (AKA Yoshi-P) himself has stated that Final Fantasy XIV looked up to WoW as the game he wanted to build with his team, and that without WoW, FFXIV wouldn’t even exist. So while there will be some differences, rest assured that it should feel familiar for the most part.

We hope you continue to have fun in Azeroth, but know that you can do so in Eorzea as well.