Pathfinder: Wrath of the Righteous, Baldur’s Gate 3, and the perils of adapting a tabletop RPG to a video game

I haven’ t quite finished Pathfinder: Wrath of the Righteous, the new CRPG from Owlcat Games adapting the Adventure Path from Paizo’s Pathfinder tabletop RPG. This is not for a lack of trying — I picked up the game on September 2 and I have been playing it as much as I can ever since.

This post isn’t going to be a review of the game — I don’t want to spoil anything, and furthermore, I don’t think I’m a typical player in that the bigger and more ambitious and sprawling a game is, the more I like it. WotR has me thinking about CRPGs in particular and how computer games adapt tabletop gaming in general, however, and I wanted to discuss some of it with you all.

Especially with games like Baldur’s Gate 3 on the horizon, the tension in gaming spaces between old school Infinity Engine style games (Larion Studios’ Divinity series and their work on Baldur’s Gate 3, for example) and games like Mass Effect and Dragon Age or the Witcher series that use a more personal style and a closer emphasis on real time experiences is front and center. Pathfinder: WotR does both — it uses an isometric perspective that would look familiar to anyone who played Bioware or Black Isle games back in the day, and which will seem quite familiar to anyone who played games like Torment: Tides of Numenera or Pillars of Eternity. It allows for real time with pause play and turn based combat, so you can play it more like a modern RPG or hearken back to the old days, whichever you prefer. 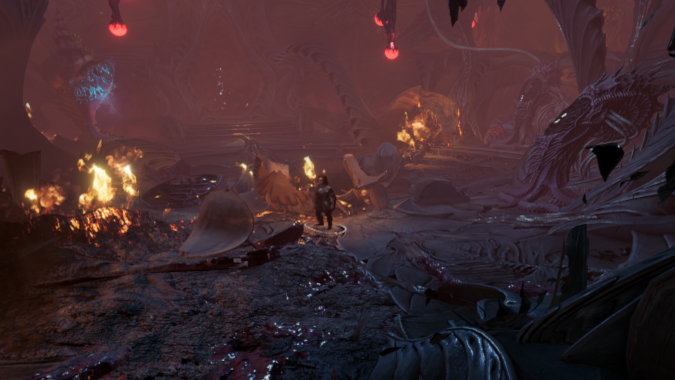 What the game does exceedingly well is adapting its source material. It isn’t a generic game. It is very much trying to give you as close as it can get to the real experience of playing Pathfinder, specifically the first edition of that game and its famous Adventure Paths. This isn’t a licensed game that exists to milk a cash cow or just trade on the name recognition factor. It’s a game that really really wants to be as close as it can possibly be to its inspiration. Sometimes that means it adds things that, quite frankly, feel a bit janky for a CRPG — the sheer volume of classes, subclasses and feats in this game are daunting for a player who isn’t familiar with the system.

This is something other games have really struggled with, even ones that weren’t really adaptations but were aiming at recreating a feel. Even the best of the modern Bethesda Fallout games have lost something of the original Black Isle games they are sequels to. Games like the recent Dark Alliance did not feel very much like Dungeons and Dragons and didn’t even manage to feel very much like the original Dark Alliance game from 2001, which was itself a Diablo clone, but at least a fun one. Adaptation of a tabletop game or a previous video game into a new video game can be fraught with difficulties — how much like it’s original source is it? How much room for innovation and improvement do you have? Where is the line before you make a game that doesn’t feel enough like its source material?

We talk about Baldur’s Gate and Baldur’s Gate 2 as the pinnacle of this particular type of game, but honestly, for my money the best ones were really Icewind Dale and Icewind Dale 2 by Black Isle. There was no protagonist, just a party of characters you created — no NPC party members for romances, just six characters coming together to deal with a demonic menace. It was a very pure adaptation of what D&D was at that time, just before third edition came out and AD&D 2e was still the show. I am convinced that it would have worked very well as a multiplayer CRPG, where each member of the party was played by a separate player.

This is a video game, not your tabletop campaign

It’s in that space — where a game has to decide if it wants to be a faithful adaptation or just a good CRPG — that WotR works better than any game of its type I’ve played in the last few years. Keep in mind, I’ve played Baldur’s Gate 3, the much-touted Larian Studios game that takes the Divinity studio’s formula and applies it to the BG franchise. I certainly think that game is good, maybe even great — and it tries very hard to adapt tabletop D&D 5e and preserve the tabletop turn based combat. Baldur’s Gate 3 has multiplayer with the ability to invite your friends to play their characters in a party with you, which definitely feels like it finally does what I wanted Icewind Dale to do all those years ago. It’s a very, very good game.

But I feel like the places where it is inflexible — where it tries to be D&D more than a video game — really hurt it. Because I have to admit, I feel like WotR has done a better job at the adapting of a tabletop game to a CRPG while still feeling like a CRPG. It’s just as slavish in its desire to feel like Pathfinder as Baldur’s Gate 3 is about feeling like D&D, but it also preserves that single player feel. And I also think that’s important.

Another way to put it might be that Baldur’s Gate 3 is a trifle too reliant on being a very close adaptation of the rules and mechanics of D&D without necessarily having gotten a handle on feeling like playing a game of D&D, while WotR manages both, and also lets you decide just how much of a faithful recreation of tabletop gaming you want in your video game. Now, this comparison is unfair — Larion is still working on BG3 while Owlcat has just released WotR, and they are different games with different styles. Plus, so far, both games are great narratively speaking — I find BG3‘s narrative compelling enough to keep playing it even though it involves a scene of something being stuck in the main character’s eye, a big phobia trigger for me.

But it’s the level of customization — allowing your players to decide not just what their character will look and play like, but how much of a recreation of the pen and paper game you really want — that I think all future CRPGs that are based on a tabletop game can learn from, whether we’re talking Cyberpunk 2077, or Baldur’s Gate 3, or WotR, or whatever game will come out next aiming for that nostalgia-fueled experience.

Letting the player decide just how slavishly they want the game to try and recreate the experience, or if they’d rather still feel like they’re playing a computer game, means that you can pack in all the faithful reproduction of the source material as you want. If you go overboard, the players will just tone it back for you. 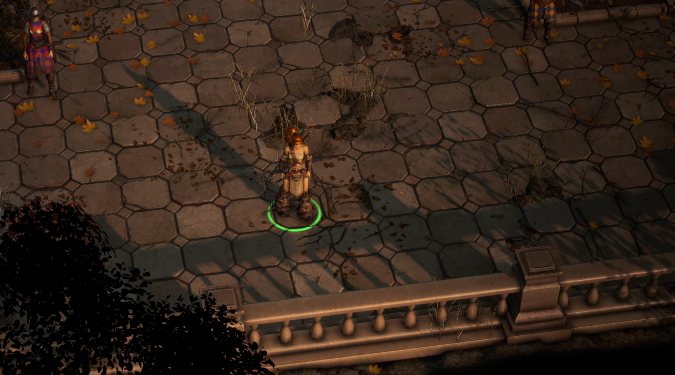 This is my way of saying that Larion should seriously consider putting in a real time with pause option for people who don’t like turn based video games. Now, I do and I’m playing WotR as turn based, but I’ve switched it back and forth a few times, and it really does feel good to have that option.

Ultimately, when making an adaptation of a tabletop game like Pathfinder or Dungeons & Dragons, I feel that there’s a great deal to be said for being aware that you can’t really recreate tabletop play. Icewind Dale, for all that I loved it, was really just one person playing six characters — trying to be a faithful AD&D recreation ended up cutting out all the cool personal quests and NPCs with fun personalities that Baldur’s Gate wisely kept in. So far, I feel like Larian has remembered to keep in those characters and quests and story beats, which is great, but they may have forgotten that they’re making a group activity into a single player game here.

Owlcat has not forgotten that. It’s something everyone doing these kinds of adaptations needs to remember. You aren’t recreating the tabletop game — you’re adapting it. It will have to change to work and be playable, so embrace that change. I have written before about the importance of Baldur’s Gate 3. I neither hate the game nor do I want it to fail, because so far, there’s a lot there I like. But it needs to realize that letting players decide just how close they want to get to being tabletop will make more players happy.

Blizzard Watch is made possible by people like you.
Please consider supporting our Patreon!
Filed Under: Baldur’s Gate 3, Larian Studios, Owlcat Games, Pathfinder, Pathfinder: Wrath Of The Righteous
Advertisement