More timewalking dungeons — from expansions besides Legion — are coming in patch 9.1.5

Shadowlands patch 9.1.5 is coming, which means it’s time for the next wave of Timewalking dungeons to arrive, with Legion being the latest expansion to receive the nostalgia treatment. This time around, though, there were two surprises: Legion timewalking dungeons will be available in Mythic+ difficulty, and the challenging Mage Tower is coming back for a return engagement, albeit with different rewards. Among all the excitement regarding these announcements one small detail was easy to overlook — buried in the patch notes was a simple sentence: “the list of available dungeons during Timewalking holidays has been adjusted.”

Thanks to the patch datamining effort by Wowhead, we now know which dungeons may be joining the rotation after patch 9.1.5 is live:

There is some ambiguity behind the word “adjusted” — are these new dungeons swapping in for existing ones, or are they simply being added to the list of possibilities? The uneven addition of new dungeons due simply to the fact that more recent expansions have fewer dungeons than earlier ones makes me think that the list of choices will grow, not stay the same, but we won’t know for sure until Blizzard comments specifically on it.

It’s obvious these are being added as a way to freshen the rotation for those who take part in Timewalking frequently, and it’s nice to see Grimrail Depot added after it was announced and then unceremoniously pulled back for Everbloom of all places (although whether the recent ui changes for motion sickness will help those who suffer in that instance is unknown). I was always kinda surprised that Azjol-Nerub and Utgarde Keep didn’t make the initial cut for Wrath of the Lich King Timewalking, but perhaps they were trying to avoid the dungeons that those who leveled via dungeons at the time saw frequently, which would also explain the continued absence of Hellfire Ramparts — although Nexus’ inclusion is evidence against this possibility. 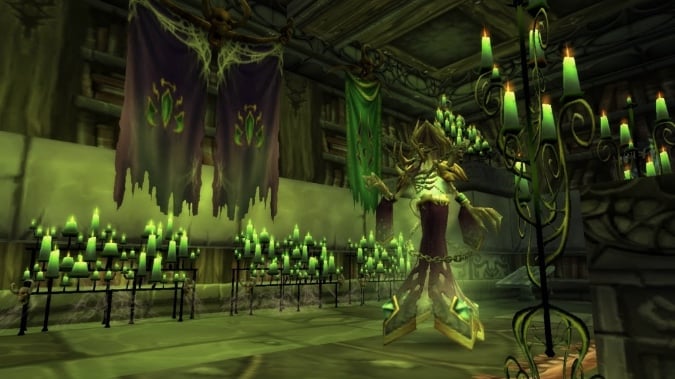 Does this mean a change to the past, er, future of older Timewalking expansions?

To be honest, I never considered that Blizzard might revisit existing Timewalking events to expand or modify them. Six is still clearly the starting point for the number of dungeons available during Timewalking as that’s how many Legion has, but now that the available list is expanding to 7-9, the sky(reach) is technically the limit. Burning Crusade and Wrath of the Lich King still have a half-dozen possibilities each, although I tend to think those with unusual mechanics like Oculus or Trial of the Champion — or the ones spent mostly standing around in Violet Hold — will never get a Timewalking version. Cataclysm has a few possibilities, but Mists of Pandaria and Warlords of Draenor have only a couple revamped dungeons available to them — although the inclusion of the revamped Scholomance indicates that Blizzard isn’t against using them.

That said, Mists and Warlords have something else that could return: Challenge Modes. While older expansions could be further adjusted with new Timewalking versions, reinstating the Challenge Modes (even without the original rewards) is an option that I now expect Blizzard to pursue, especially if Mythic+ Legion Timewalking proves popular. It would give players a chance to test their mettle during Timewalking weeks, and more importantly it would make the old new old seem new new old again!