World of Warcraft patch 9.2: Eternity’s End will be the final chapter of Shadowlands 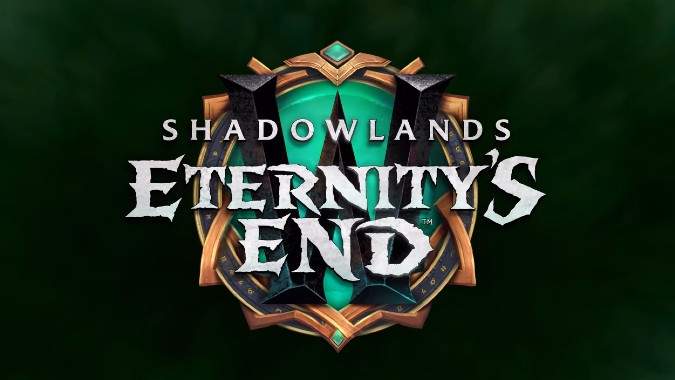 We’ve finally gotten our first look at World of Warcraft’s patch 9.2: Eternity’s End, which is taking us to a brand new world as we chase the Jailer into the realm of the First Ones. We’ll explore Zereth Mortis, an expansive new end-game zone; hunt down the Jailer in the Sepulcher of the First Ones, a new 11-boss raid; collect brand new class tier sets; tackle Mythic+ and PvP Season 3; collect new mounts and pets; and see updates to professions, Soulbinds, Conduits, and more.

And according to Blizzard, it’s “the final chapter on the Shadowlands saga,” so we might be getting some big lore revelations when it’s all over.

You may check out the full announcement yourself on the developer preview video, which goes into a lot of detail on the art and sound design behind the new zones and characters:


Zereth Mortis may be a brand new area to us, but it had been mentioned at the end of the patch 9.1 campaign in a conversation between Ve’nari and Tal-Galan. The place is called the “realm of the First Ones,” and although we don’t have a full picture of what exactly lies in there that the Jailer so badly wants, we do know that within Zereth Mortis he can find a way to reshape reality as we know it — which comes, of course, with the potential of big lore implications for the future of WoW as a whole.

The zone will function like a regular endgame hub such as Korthia: you can expect to find story progression and plethora of daily quests, which should be unlocked as you play through the place week after week. A new feature, however, is that Zereth Mortis possesses an ancient language based on strange glyphs which players will work to slowly be able to translate, presumably learning more and more about the true nature of the place.

Aiding them on this task are both new races, such as the Automa — which, as the name implies, are automatons left behind by the First Ones, meant to take care of the place — and a new kind of Brokers called the Enlightened, who are no longer concerned with material possessions. These Enlightened see Zereth Mortis as a holy place, and seek only to learn all that they can about it.

In this new place, we’ll also find the Sepulcher of the First Ones, a new 11-boss raid. We don’t know exactly who we’ll encounter there yet, but it will include confrontations with heavyweight lore names beyond the Jailer, such as Anduin and “maybe a Dreadlord or two that you haven’t tied up loose ends with,” in what should be some grandiose battles.

The art in both the Zereth Mortis zone and the Sepulcher raid looks beyond gorgeous. I personally feel like the art team has outdone themselves with it. But it’s not all there is when it comes to good aesthetics: class tier sets are going to make a return in patch 9.2, to the delight of many, many players. These pieces of armor, called the “Progenitor Tier Set,” have a distinct golden look that is tied to the aesthetic of this zone and raid, while still featuring iconic class elements.

All in all, we have information now, and while we don’t know when patch 9.2 will be released yet, we can have a real sense that the time to delve into the mysteries of the First Ones draws near.

Blizzard Watch is made possible by people like you.
Please consider supporting our Patreon!
Filed Under: Enlightened, Eternity’s End, Patch 9.2, Sepulcher Of The First Ones, Shadowlands, Wow Tier Gear, Zereth Mortis
Advertisement