What other class fantasies would you like to see in the new talent trees in Dragonflight? 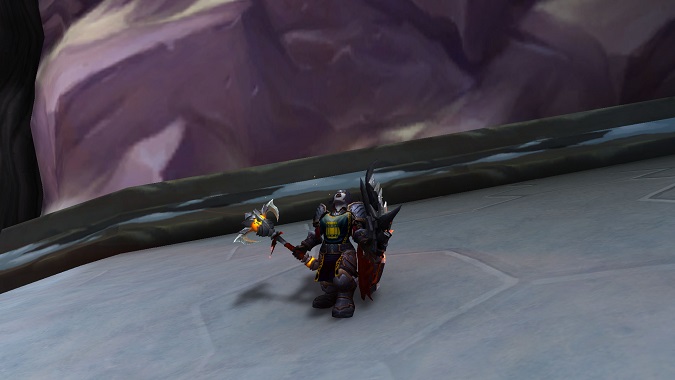 In the latest talent tree preview for the next World of Warcraft expansion Dragonflight, Shadow Priests got a pleasant surprise: At the bottom of their talent tree was the option to cast your lot with one of the four Old Gods. While I’m sure theorycrafters will come up with an “optimal” Old God to pledge fealty to, those of us who don’t min-max on their Shadow Priest will be able to choose the Old God closest to their heart.

Of course, now that Shadow Priests will have this extra flavor, I’d love to see similar choices in place for the other classes. Evokers are a natural fit, with the five Dragonflights serving a similar function in the talent tree. Another candidate that isn’t immediately obvious is the Demon Hunter — those who have read the Illidan novel know that a Demon Hunter selects a demon of any type to “swallow” when they became one; abilities that correspond to the one you chose would be a nice touch.

In my mind, however, the class that could benefit the most from this would be Warriors. Imagine that the choices at the bottom of the Arms tree are a selection of weapon types — Axe Mastery could add a bleed effect on melee attacks, while Mace Mastery could include a stun. Granted this brings up a whole extra level of complexity for theorycrafters and loot tables, but I think it’s a nice touch from a class fantasy perspective.

This also calls to mind the late, lamented stances that were removed prior to Legion; even if weapon mastery is a bridge too far for the development team to implement, if the talent trees had stances as options it could restore that old class fantasy. And maybe — just maybe — we could see the return of Gladiator’s Resolve, the sword-and-board DPS dream. While I wouldn’t expect Protection Warrior to regain this option, adding it to Fury or even Arms — I’ll leave the how to the development team — would make a lot of Warriors happy.

What do you think? Are stances something you’d like to see make a comeback, or do you think they wouldn’t survive min-maxing? And what other flavor would you like to see the other classes get?

Blizzard Watch is made possible by people like you.
Please consider supporting our Patreon!
Filed Under: Dragonflight, Gladiator Stance, Talents
Advertisement