Every enchant available in Wrath of the Lich King Classic 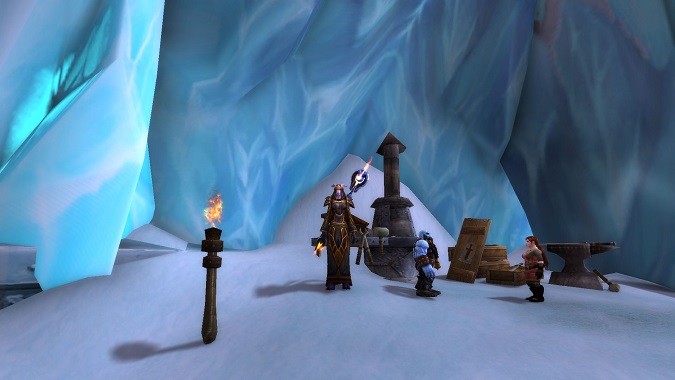 Wrath of the Lich King Classic is now live, which means WoW Classic players will be acquiring new equipment, and will want new enchants to go with them. (As Uncle Ben once said, “with new gear comes new enchants.”) But just what enchants are available in Wrath Classic, and what should you load up with before you head into dungeons and raids? We’ve made this handy list to find the exact enchants you need.

But before you dive in, there’s one important thing to remember: the enchants (and similar items, such as arcanums) from Burning Crusade Classic will still work during Wrath Classic, so don’t let your guild enchanter throw their unused mats in the trash just yet. While no one will want you tanking Icecrown Citadel with a Major Stamina enchant on your shield, settling for Felsteel Shield Spike for your first forays into the Nexus shouldn’t be a deal-breaker.

Let’s take a look at all the new enchants available in Wrath Classic. If you would like details on gems we have a guide for Wrath Classic gems, too.

Enchantments you can apply to your weapons are divided into four categories: melee weapon, two-handed weapon, shield, and ranged. Thrown weapons, wands, off-hand items, and relics (known in Wrath Classic as idols, librams, sigils, and totems depending upon class) still do not accept enchants. Two-handed weapons can accept enchants designed for melee weapons, although two-handed enchants are generally stronger and are thus preferable when they provide spec-relevant bonuses.

Death Knights are given a new weapon enchant system known as Runeforging which provides several different enchantments that can be freely swapped at a Runeforge in Acherus. Death Knights are still able to use standard enchantments when they wish, although they will still need to acquire the enchantments as normal, and a weapon can not have both a rune and an enchant.

All standard enchantments are created by an enchanter, with the exception of ranged scopes (crafted by Engineers) and the Blacksmithing-crafted items noted in the list below.

Death Knight Runeforging (can be placed on any melee weapon except where noted) : 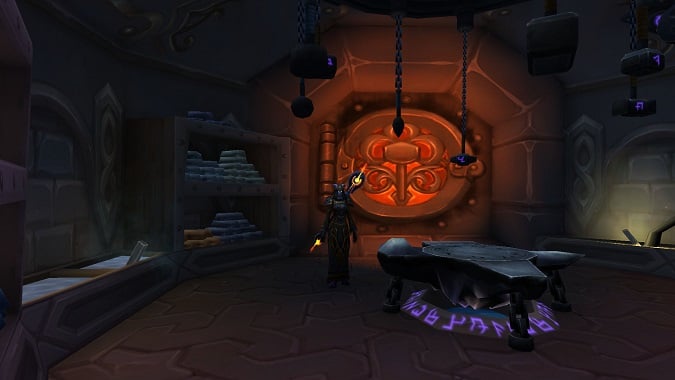 Buffs for your armor come from a larger variety of sources than weapon enchants, increasing your options. The biggest change is the ability to socket gems on armor, with Blacksmiths able to craft an Eternal Belt Buckle that anyone can use as well as being able to socket bracers and gloves for themselves. There’s also been a reversal of a change in Burning Crusade Classic as Glyphs have been renamed back to Arcanums, but still only apply to the head slot.

Armor Kits created by Leathercrafters can be applied to multiple slots: head, chest, shoulders, legs, hands or feet; this is an increase in number of available slots since BCC however there are now only two Kits available:

The head slot once again uses Arcanums in Wrath Classic, and they remain purchases from reputation vendors. There are two types of Arcanums: those that provided resistances and can be purchased as Honored reputation, and those with stat bonuses and can be purchased at Revered reputation. The Arcanums that require Revered or higher reputation are also BOA, so you only need one character to meet the reputation requirement to send the Arcanum to other characters. Besides the two Armor Kits available to everyone, Engineers have their own profession-exclusive helm enchant they can use as well.

There are also PVP-specific Arcanums that can be purchased with Stone Keeper’s Shards or when Exalted with the respective faction.

Cloak/Back enchantments predominantly come from Enchanting, however there are some profession-specific enchants available for Tailors and Engineers. Note that the Engineering enchant changed multiple times during Wrath of the Lich King so it is currently unknown what stat bonuses will be available for it.

The wrist slot uses bracer enchants, but there are also now Leatherworking-only enchants available as well a gem socket that can be applied by Blacksmiths for their own use. Unlike most other profession-exclusive enchants, the Blacksmith socket can stack with other enchants.

Gloves in the hands slot can use the armor kits listed above as well as enchants. Wrath Classic also adds enchants for Engineers as well as the ability for Blacksmiths to apply a gem socket to gloves in addition to normal enchants.

A new addition for Wrath Classic is a belt buckle crafted by Blacksmiths that can be used by all characters to add a gem socket to their waist slot. In addition, Engineers have two waist enchants that stack with the belt buckle.

The leg slots can be augmented by armor kits (described above), leg armor crafted by Leatherworkers, or spellthread from Tailors. In addition, Leatherworkers and Tailors have their own profession-specific enchantments they can apply.

Boots in the feet slot can use the armor kits described above, or the following enchants. There is also a new addition for Engineers as well.

Finally, enchanters will be once again be able to augment their own rings with the following enchants — they are not unique, so the same one can be applied to both rings if desired.