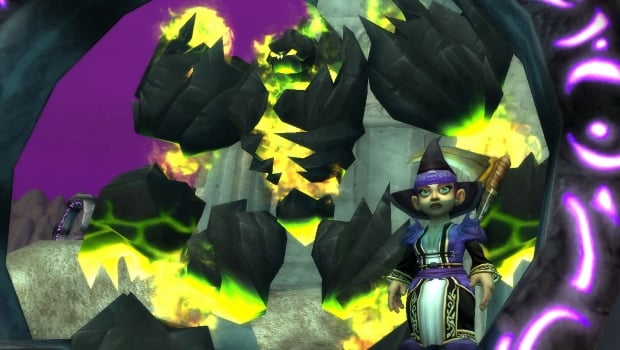 The above screenshot was captured by Gnome De Guerre.

I’m excited that Blizzard Watch overlord Alex Ziebart is leveling a Warlock on the Blizzard Watch leveling stream every Thursday. What better way to introduce leveling guides for Warlocks? Unfortunately, so far it’s just made me facepalm as I realize how outdated leveling is from the rest of endgame. Sure, it probably doesn’t overwhelm the newest player to have a guardian imp running around, but for players already used to MMO mechanics? Give me the pet bar now.

The first issue Alex encountered was how his imp seemed to go off and shoot whatever it liked. The truth is, well, sort of like that. In the very beginning single-digits of leveling, your imp is a guardian pet, which means you can’t explicitly control it like you can for the rest of your Warlock’s life. Guardians take your lead and then do their own thing until one of four things happens: 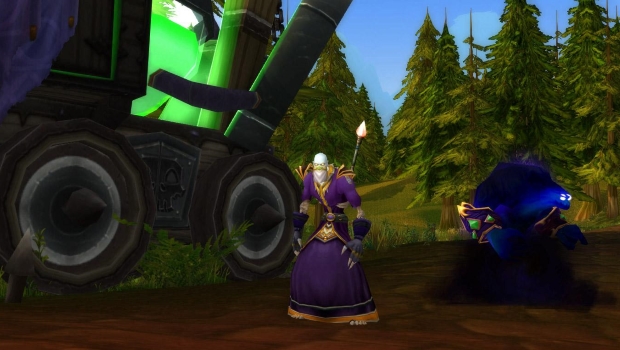 The idea is that the new player doesn’t have time to wrap their brains around a pet bar because they’re so bedazzled with Create Healthstone and Health Funnel! Right?!

Sidetracking for a moment, Create Healthstone and Health Funnel seem like dumb ideas for some of your first leveling spells, especially since you don’t use them too much in endgame group content (your raidmates will use Healing Tonics anyway, and your pet shouldn’t be dying in group content because you shouldn’t use a threatening pet). But I can reason out why those two spells are there.

Create Healthstone is thematic to Warlocks, as the rest of the spells before it are. You’ve got your demonic pet right out of the gate. You get Shadow Bolt, so you have a shadowy nuke spell that transforms into other spells if you don’t go Demonology (and, later on, even if you do go Demonology!). You get Corruption, baby’s first DoT that will transform into other DoTs if you don’t go Affliction. You get Drain Life, which we don’t use much anymore because it was nerfed into the center of the earth, but drain spells used to be a Warlock thing, so we keep it around for nostalgia. The only thing left is that whole creating whatever-stones, like Healthstones and Soulstones.

C’mon — you’re not getting your resurrection spell at level 9. Deal with it.

Health Funnel is there to prepare you for using the tanky type voidwalker, which you get at level 8. Except Alex won’t be using a voidwalker because he’s got our in-house tankaholic Matthew Rossi taking the hard hits for him. Warlock pets have also been made a little sturdier in the past few expansions, so the voidwalker is more like a stamina-stacking pet who can take a large hit than any real tank that mitigates much.

Now that Destruction doesn’t use Health Funnel because it got baked into a Draenor Perk, Health Funnel is just kind of weird and useless a lot of the time, especially once you pick up the level 15 talent Soul Leech.

As for when you get what, that’s pretty easy to figure out — it’s all in the spellbook. But here’s a rundown of pet-related leveling anyway:

Controlled pets — sometimes called perma-pets or permanent pets — are just that, permanent pets. These pets get the classic pet action bar for you to control them. A leveling Warlock gets this pet action bar at level 10, because the game figures if you’re advanced enough to decide which spec you want to play, you can control a pet. What it doesn’t do well is give you a brief overview of the pet bar, unless you happen to look in your pet’s spellbook.

Stances — The stance is the general attitude your pet has toward what’s attackable and what’s not.

Commands — You can give commands to your pet to tell it to do certain movements or attacks. 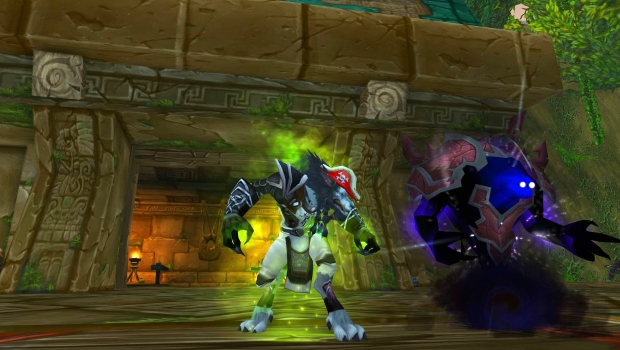 Pet Abilities — Your demon pet will have at least three but probably more abilities to fill in the other action bar spots. Unfortunately, you can’t bind macros to the pet action bar, but you can use your pet abilities in macros on your own action bar.

Command Demon is Blizzard’s gift to Warlocks of an automatic all-in-one pet macro. If you have a controlled pet out, whether regular or with Grimoire of Supremacy or with Demonic Servitude, Command Demon transforms into one of several abilities depending on the pet you have out:

If you use Grimoire of Sacrifice as an Affliction or Destruction Warlock, you get another set of abilities, some different and some the same: