He’s been dead since Cataclysm, but his life saw his people move from a nomadic existence in perpetual war against the marauding centaur to a part of the Horde, settled in Thunder Bluff and at last capable of securing their own future. His journey was the journey of his people, and who they are now is due to the path he walked. So let us look back on the life of Cairne, High Chieftain, father of the Shu’halo nation.

He was the quintessential Tauren. This is his story.

Before The Third War

The details of Cairne’s early life are few. We knew he grew up in what we now know as the Barrens, on the coast. Like most of the Bloodhoof he experienced raids by Centaur as he grew, earning a reputation as a warrior by helping defend his people. He grew aware that despite their superior size and strength his people lacked the fecundity of the Centaur, who had from the beginning outnumbered the Tauren and who were making use of that advantage to push them out of their ancestral lands. One of Cairne’s lifelong friends, Hamuul Runetotem, had known him as a child at this time.

Cairne grew to manhood, took a lifemate named Tamaala, and in time they had a son, Baine. Tamaala passed away during the years before the Third War — it is unknown how Tamaala died. Baine was an adult by then, and was seen fighting Centaur as the Third War developed. 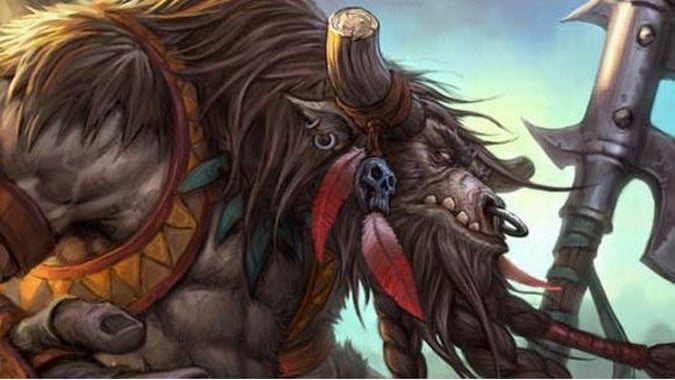 Cairne found himself a respected elder as well as a warrior still capable of fighting, his raw physical power undiminished by age and tempered by hard-won wisdom. This wisdom convinced him that his people could not endure scattered and isolated into tribes, at the mercy of the Centaur warbands who were more mobile and more numerous than they. It was his dream to lead his people back to Mulgore, their ancestral home, as a united Tauren nation which could stand and fight against the Centaur. Despite the support of his old friend Hamuul, malcontents like the Grimtotem could not see the benefit of unity. Furthermore, with their greater numbers, the Centaur were wiping out local game, meaning that when they couldn’t defeat the Tauren in battle they were essentially starving them out.

And so the Tauren people, the Shu’halo, were pushed to the fringes of Kalimdor. Cairne continued to push for his people to unify, but paradoxically it would take the near-end of the world for the Tauren to find a path to salvation.

The Third War and the Horde

One day Cairne beheld a strange sight. A young Tauren, on the verge of death at the hands of the Centaur, was saved by a being unlike anything Cairne had ever seen. This green-skinned Shaman called on the elements to defend himself and the young Tauren, and in so doing destroyed an entire Centaur band. Cairne, intending to intervene, found himself instead face to face with this ‘Orc’, who told him his name was Thrall and that he came from across the Great Sea. Cairne was interested in the Orc’s story and his quest for the destiny of his people, so he informed Thrall of an Oracle in nearby Stonetalon. However, when Thrall shared with Cairne what he knew, that an army of Centaur were descending on the Tauren that Cairne had managed to assemble for the journey to Mulgore, the Chieftain knew he couldn’t delay and parted ways with the Orc and his followers to defend his own people.

However, Thrall surprised Cairne by intervening and bringing his followers (including the Darkspear Trolls under Vol’jin) to help the Tauren fend off the Centaur. Thrall’s New Horde then extended their aid to helping Cairne and his followers reach Mulgore and set up their first settlements in the area, what would become Bloodhoof Village and Thunder Bluff in time. With this aid, the Tauren finally had a central location from which to defend their people from Centaur attacks as well as enough game to feed their people, reducing the threat the Centaur posed. Thrall then took directions from Cairne on how to reach Stonetalon Peak and the rumored Oracle.

But Cairne Bloodhoof was not a Tauren who could easily forget a debt. The Centaur had nearly wiped his people out with starvation and raids, and now at last their future was secure. More tribes would come, he knew. That moment, the moment where the Tauren went from the brink of extinction to again being able to see a future, caused Cairne great pause. And so, when Thrall arrived at Stonetalon, Cairne was there waiting for him, pledging his assistance.

Thus were the Tauren swept up into events that would change the destiny of Azeroth. Cairne helped Thrall reach the Oracle who was really Medivh, the Last Guardian of Tirisfal. Cairne was there when Jaina Proudmoore and Thrall agreed that for life on Azeroth to continue all the mortal races must band together against the Legion. Cairne led his people alongside the Orcs to help stop Grom Hellscream’s rampage and purify him of the demon’s taint once more, and even led them to Mount Hyjal. There, the Tauren helped stand against the burning shadow of the Legion, and witnessed Archimonde’s defeat.

The founding of Durotar

After the end of the war, Cairne returned the favor and aided the Orcs in the establishment of their new home in Durotar before he went home to Mulgore. His people weren’t safe exactly — the move to Mulgore hadn’t ended the threat of the Centaur so much as it had given the Tauren the means to defend themselves. Now the Tauren had enough to eat, they could respond to Centaur aggression with all of their able-bodied young warriors and hunters and the Centaur could no longer so easily bring their superior numbers to bear. Indeed, with a central location for all Tauren to flock to, the numbers disparity was decreasing. Not all Tauren were pleased with this change, as it flew against centuries of tradition. The Tauren had been nomads, living in separate tribes, before Cairne had changed their very way of life, but the Chieftain of the Bloodhoof always responded that their way of life had to change, or it would have ended entirely. 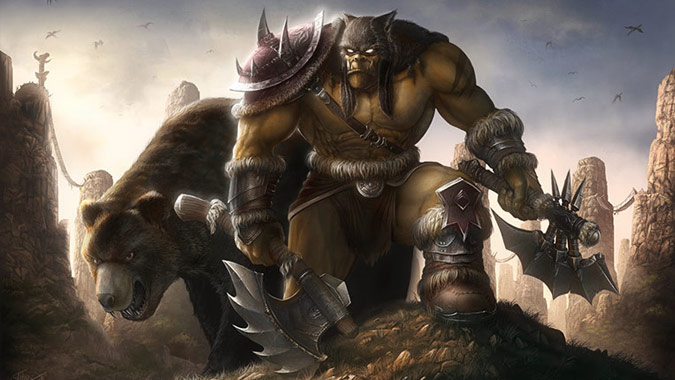 However, as wise and strong as Cairne was, he was a father first, and one who’d already had to endure the loss of his lifemate. When his son Baine was captured, Cairne felt as though everything he’d been through had been for naught, and the idea of a future without his son in it led the Old Bull into a depression that no one seemed able to lift. Even his old friend Hamuul and his second in command Tagar couldn’t get Cairne moving. It took the coming of Rexxar to free Baine and restore Cairne to his usual self, and thus Cairne again felt himself under an obligation, this time to aid Rexxar in the defense of Durotar against Admiral Daelin Proudmoore and his fleet from Kul’Tiras, which had taken over Theamore and were using it as a base to wage war against the Orcs.

And so the Old Bull led his people into battle in Dustwallow Marsh and with their aid Rexxar was able to strike down Daelin and save Durotar. This ultimately led to the cementing of the bonds between the Tauren and the Orcs, as both people now had examples of the other coming to their aid and battling beside them, and thus, Cairne felt a debt to the Horde that required him to bring the Tauren fully into the nascent organization. Also, Thrall and Cairne had become close friends by this time, their experiences during the Third War and their mutual respect helping lead their people closer together.

Monday we finish this look at Cairne’s life with his role from the start of World of Warcraft to his death at the beginning of the Cataclysm, and his modern legacy.