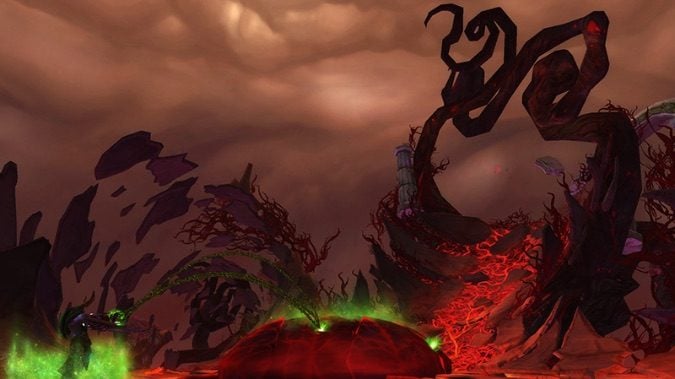 We knew the Emerald Nightmare raid would be arriving a short three weeks after Legion’s launch, but now Blizzard has given us a schedule for raid and dungeon releases. All of Legion’s dungeons will be open in Normal and Heroic modes on launch day, letting you start getting ready for harder dungeons and the expansion’s first raid. (And don’t forget: there’s plenty of gearing up to do via World Quests and Legendary drops.) Mythic dungeons will arrive shortly thereafter, available after the weekly dungeon reset about eight hours after launch. (And if you’re high enough level and well-geared enough to run them by then, we salute you.)

As promised, the Emerald Nightmare in Normal and Heroic mode arrives three weeks later, on September 20. Mythic keystones, which allow you to run Mythic+ dungeons (similar in spirit to today’s Challenge Modes), will start dropping in Mythic dungeons the 20th as well. Mythic and LFR Emerald Nightmare follow a week later, on September 27. As usual, LFR will open a wing at a time, each spaced two weeks apart.

Check out the full schedule below.

When it comes to dungeons and raids in World of Warcraft: Legion, launch on August 30 is just the beginning. Here’s a list of dates to look forward to as Azeroth fights off a demonic invasion.

We look forward to seeing you in the Broken Isles!

Our next raid is coming in patch 7.1: it will be what Blizzard calls a “mini-raid” to wrap up the Stormheim storyline. (And, of course, 7.1 will include Karazhan for more small group content.) But considering Blizzard has suggested it will be spacing content out more than it has in the past, we don’t expect this on the heels of the Emerald Nightmare. The next proper raid will be Nighthold, due sometime after 7.1 — and your guess is as good as ours as to exactly when that will be.