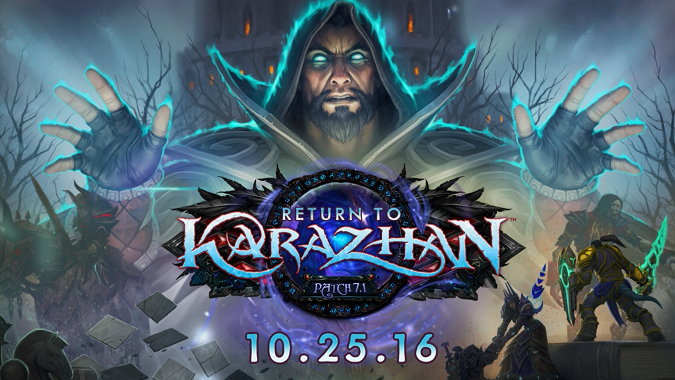 In today’s dev Q&A, Ion Hazzikostas dropped the news that patch 7.1 is just around the corner, coming our way on October 25. That means we’ll have a new patch to dig into right before BlizzCon, featuring:

Of course, for the full run-down, check out the patch notes — but be aware that things may change between these PTR patch notes and the 7.1 going live.

One thing we won’t see going live with 7.1 is the Trial of Valor raid, which is due out two weeks later — so look for it on November 8. There’s also the Nighthold raid to look forward to: it’s due out before 7.2, but don’t expect it before 2017.

Blizzard Watch is made possible by people like you.
Please consider supporting our Patreon!
Filed Under: Ion Hazzikostas, Karazhan, Nighthold, Patch 7.1, Raiding With Leashes, Suramar, Trial Of Valor
Advertisement