Everything you need to know about Diablo 3’s Necromancer

Are you ready? Today marks the arrival of the Necromancer to the world of Diablo 3’s Sanctuary. Originally announced at BlizzCon the Rise of the Necromancer pack is something many players — particularly Diablo 2 fans — have been looking forward to for a long time now.

But if you haven’t been keeping up with the Necromancer beta cycle, don’t worry. We’ve put together a list of everything* you might want to know about the latest Diablo 3 class to hopefully help give you a good idea of what to expect before you start razing dead by raising dead.

What is the Necromancer and how can I get one?

The Necromancer focuses on preserving the balance between life and death, and can raise the dead as its minions. It will utilize a number of undead-themed abilities built around blood-and-bone, frost, and blight magics. If you’re familiar with the Diablo 2 Necromancer or Xul from Heroes of the Storm, the Necromancer’s aesthetic in Diablo 3 will likely feel similar.

You can purchase the Rise of the Necromancer pack for $15 USD — or via WoW gold — from the Blizzard Store.

What skills do Necromancers have?

Like all Diablo 3 classes, the Necromancer has a mountain of abilities you unlock as you level, plus runes to modify them. Here are your basic abilities, but check out the full list of skills and runes on the official site (though be aware that some details may have changed from beta to live). 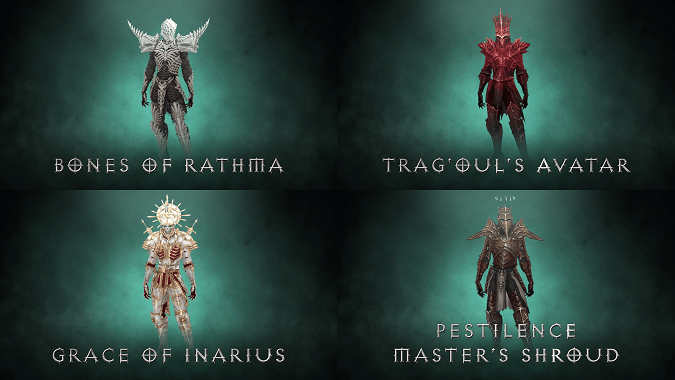 A primer on builds, sets, and legendaries

The Necromancer will have four armor sets available at launch (plus a weapon set), and each will focus on a different aspect of the class, allowing you to customize your playstyle to your liking. The playstyles each of these will focus on are melee, ranged, blood-focused, and minion-focused. Similarly, there will be more than 30 legendary items specific to the Necromancer, a few of which have been previewed on the official site.

So far, the community seems hellbent on naming each build “[something]-mancer,” which I am totally fine with. Looking for a melee build? Try searching “Meleemancer”! Looking for a bone build? “Bonemancer” should have you covered — and so on.


If you want a quick glimpse at the four main playstyles, IGN has a quick video highlighting each. It doesn’t go into much detail when it comes to specific abilities, but it should give you a good idea of both how close you can expect to be to your enemies and how much blood you can expect to see on your screen at once. Similarly, Blizzard has put together an official preview of the sets in action (seen above).

If you want to plan your Necromancer out ahead of time, don’t forget about the Diablo 3 character planner. It may not be 100% up-to-date, but it will allow you to get a pretty close idea of what abilities and armor you want to use — or if the Necromancer aesthetic is yours to begin with.

What do you need in Diablo 3 to play the Necromancer?

{PB} If you’re looking to play the Necromancer in Diablo 3, keep in mind you will need the Reaper of Souls expansion pack (though if you play on console, it’s included in the Ultimate Evil Edition). If you haven’t done that, it’ll run you $20 for the standard version and $40 for the Digital Deluxe, which includes a hound minion and some transmog armor in Diablo 3, a treasure goblin pet in WoW, and some StarCraft 2 portraits and decals. Much like the Necromancer pack itself, you can also use your WoW-gold-turned-Blizzard-balance to purchase whichever Reaper of Souls version you want.

If, for some reason, you’re considering purchasing the Necromancer but don’t even have Diablo 3 yet, there is a Battle Chest which has the original game and Reaper of Souls for $30. Going this route, the entirety of Diablo 3 content could be yours for three WoW tokens. 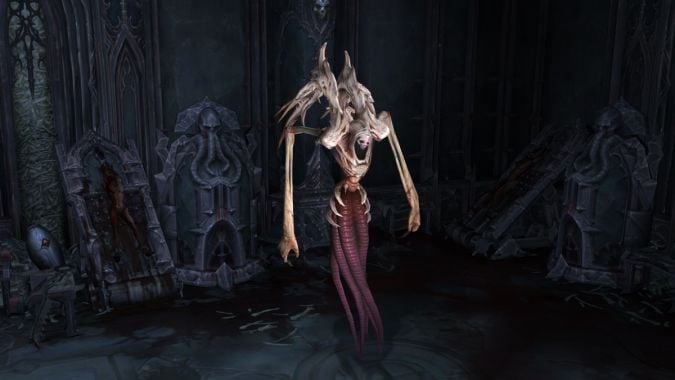 What are the differences between Rise of the Necromancer and patch 2.6.0?

In order to play the Necromancer class, you Diablo’s patch 2.6.0 — which, thankfully, should happen automatically during maintenance hours as long as you’re logged into the Blizzard App. Patch 2.6.0 may be arriving alongside the Necromancer, but that doesn’t mean its content is exclusive to the Rise of the Necromancer pack.

Which is to say, if you don’t purchase the Rise of the Necromancer pack but own Reaper of Souls, you’ll still be getting the rest of the patch 2.6.0 content. The main selling points of the patch are Challenge Rifts and the three new zones coming to Acts II and IV,  but there will also be the standard round of miscellaneous updates coming, which are admittedly fairly light in non-Necromancer content.

As you can see, most of the appeal in purchasing the Rise of the Necromancer pack comes from the Necromancer class itself. For anyone on the fence, the character slots and stash tabs will likely be the tipping point, but the cosmetic items are nothing to complain about either.

Season 11 will not be arriving alongside the Necromancer

This is one thing that may determine just how hardcore you want to dive into the Necromancer when it releases today. Season 10 is already over, and Season 11 won’t begin for another few weeks. In other words, until July 20, you’re limited to Campaign and Adventure modes.

Of course, the Necromancer does have a fully-voice campaign along with several new tomes to help provide lore behind the class. Playing through the Necromancer in Campaign mode wouldn’t be the worst way to learn a bit more about the class, both in terms of lore and playstyle.

What else is there to know?

If it’s been a while since you’ve played Diablo 3, there’s a nice leveling guide put together over on Reddit. It was written during patch 2.4.1, but most of it will still be relevant if you want tips on leveling quickly. Additionally, if you’re itching to play, you’ll want to keep in mind the following maintenance windows:

Maintenance should be done after an hour or two, but the best way to know for sure is to keep an eye on Twitter and the Blizzard App. Hopefully this has helped prime you for the Necromancer’s arrival in Sanctuary! If you have any questions, comments, or advice, please be sure to let us know in the comments.