What spell and/or ability do you miss from the class or classes you play and why? 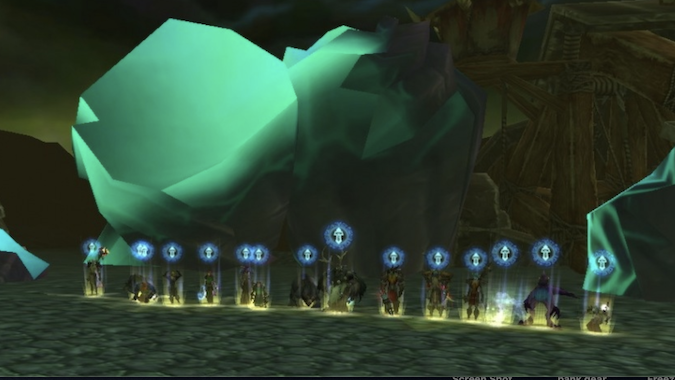 The nostalgia is running large in World of Warcraft these days. It’s less than 70 days until the arrival of WoW Classic. We are in the middle of a Timewalking Event involving The Burning Crusade and with that, another week of Black Temple. It’s a great time — if you’re a long-time player as I am — to remember what it was like in those heady days when the Temple was current content.

Recently, Game Director Ion Hazzikostas, gave a 30-minute developer’s insight video into the upcoming patch and then dived into other items being discussed. It’s worth a listen for a synopsis of what’s going on behind the scenes. At the 22:12 minute mark, he spoke of class design. Matt Rossi just discussed classic abilities and our talent trees from back in WoW Classic. Perhaps all of this combined to make me overly nostalgic as my guild was pushing through Black Temple.

Class design is an ongoing thing. Every new expansion comes with new abilities or removal of others. Battle for Azeroth has seen the return of the class buffs. I’ve been very excited for that. When we talk about class identity, having Mages, Priests, and Warriors get their group-wide buffs has leant them more identity. It’s class identity that Blizzard is looking at now, with regards to class design.

It’s interesting to hear that the attempts at removing redundancy and homogenization has lead Blizzard to agree they have probably gone too far in pruning what they saw as “button bloat.” Oh do I remember “button bloat.” I’m the kind of player who has a custom UI and everything I can do is on that UI. Rows of buttons and macros in an attempt to eliminate “clipping” or the start of one spell before the first one had finished. I’ll agree in expansions past it was bad. And yet, Hazzikostas says, “We took away some abilities to reduce button count but that maybe did more harm than good.” The removal of some abilities made the classes less fun to play.

We spent a good portion of the raid discussing this and wholeheartedly agreeing. I’m going to play a Beast Mastery Hunter because I love the spec, but, man, I desperately wanted Tranquilizing Shot last night. Giant red mobs pounding on my tank. I remember removing that enrage. Oh, I could spec into Marksman but then I can’t use my exotic pets. The other shot I miss is Power Shot. Gang up on my healer and I’ll blast you into oblivion. Of course that makes the mobs mad, but that’s what Feign Death is for, right? The healers in my guild desperately want the return of Fear Ward. I remember spending time before a fight deciding who would cast fear ward when. Class identity.

So, today’s questions are “simple” ones. If you could have the developers bring back a spell or ability, which one would it be and why?