The Druid changes coming in World of Warcraft Shadowlands are a solid starting point for making them into the hybrid masters that they used to be. Legion and Battle for Azeroth saw great strides in making sure that each spec was able to perform at high levels. But Druids were never quite the first choice (except for Restoration Druids who for most of Battle have been masters of five-man content with all of their utility). I’m very glad to see that options around changing forms in combat are being brought back for Shadowlands. The changes we’ve seen so far to the individual specs are all great design decisions for them. Having stronger shapeshift options and the utility that goes along with them should make Druids into the flexible champions they were always meant to be.

Speaking of stronger shapeshift options, Druids will now be able to customize the appearances of their cat and bear forms in the Barber Shop.

Remember that these are all subject to change — just like a Druid at any given moment — as the Shadowlands testing progresses.

General Changes for Druids in Shadowlands

Have you ever been running a dungeon as a Feral Druid when your tank dies? Being Feral, you’d be in a good position to change to bear form and taunt something so that there was time for the tank to get battle resurrected, or at least to keep the enemy focused on you over the squishier members of your group. If you didn’t have Guardian Affinity chosen, you wouldn’t have had access to Ironfur or Barkskin and likely wouldn’t have lasted very long. Luckily in Shadowlands, all Druids are getting enough spells to fake their way through any of their potential roles.

The Heart of the Wild talent is also returning. It’s been a few expansions since Druids had it, and it returns with a vengeance. It’ll increase the damage Feral and Balance abilities by a large amount, the healing of Restoration abilities, and the health and defensiveness of the Bear form for 20 seconds. The Affinity row of talents is getting some welcome additions. Each different talent will include the best utility spell from the spec. Now all Druids will be bringing even more crowd control options to every group. 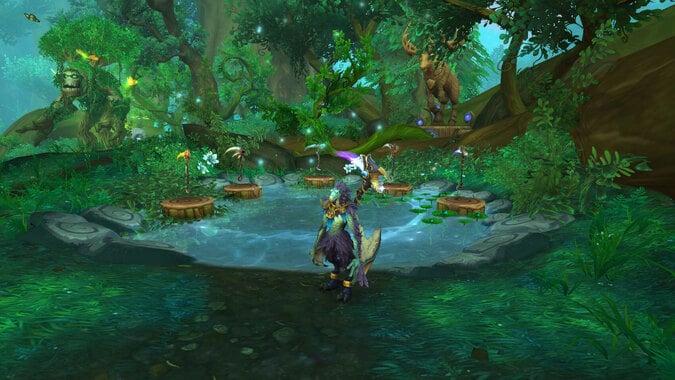 Balance Druids are going to be balancing things again! The new system will have lots of synergies between their whole kit — hopefully leading to some interesting gameplay. You’ll use Wrath and Starfire to create Lunar and Solar Eclipses to power each spell up, while Celestial Alignment will give you both a Lunar and a Solar Eclipse at the same time. The key will be extending your Eclipses through the use of Starsurge so that you can continue to rain celestial destruction on your foes.

We’ve got a better look at how Eclipse will be working for Balance Druids. Chaining casting three wrath spells will buff your Starfire, and casting three Starfires will buff your wrath. Rather than rely on random procs that could only occur once every 30 seconds, you’ll be in command of your empowerment. Potentially also getting more benefits than once every 30 seconds as well.

Starfall is getting returned to how it worked before, rather than targeting a circle on the ground, stars will fall around the casting Druid. It’ll also extend your Moonfire and Sunfire spells on the target. Hopefully this will be a giant increase in the amount of damage you can do to multiple enemies. 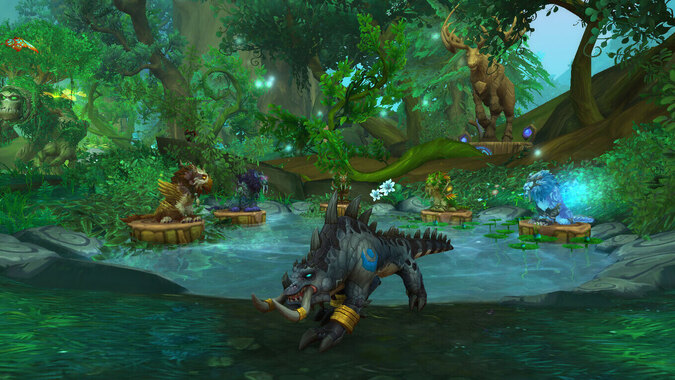 There isn’t much here yet, but the update to Bloodtalons is a nice one. No longer tying one of our damage throughput talents to a healing spell is a welcome change. The new Affinity spells will provide some extra control in combat — making it even easier for you to stay on your target. 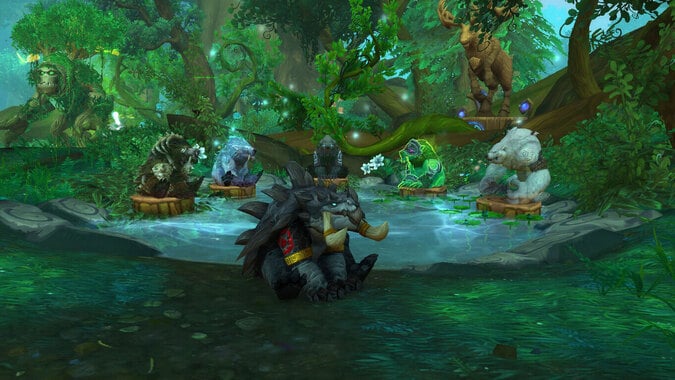 Early changes for Guardian Druids are promising. Ever since the loss of the Rage of the Sleeper Artifact ability, Guardian Druids has needed a cooldown that increases our damage, similar to Avenging Wrath for Paladins or Avatar for Protection Warriors. Berserk amps up our bear-ness by letting us use more of our bear abilities faster. Renewal is a nice addition that can help stabilize your health pool if Frenzied Regeneration is on cooldown. I’m sure healers will be happy that their tank is a little more self-sufficient — especially with how large Guardian health pools can be. 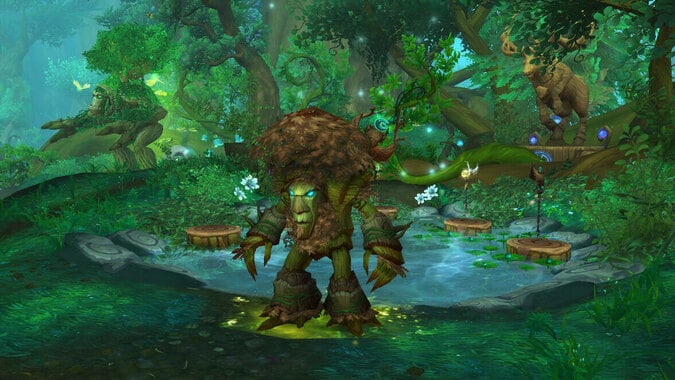 Restoration Druids are already in a strong place in Battle. Their first changes are returning some of their original healing flavor by emphasizing their heal-over-time spells. Nature’s Swiftness will once again allow for a quick burst of healing with Regrowth or a fast battle resurrection with Rebirth. It’ll be interesting to see how the new Affinity talents help to round out their — already strong — utility. Getting access to both Ursol’s Vortex and Typhoon can function as a makeshift Gorefiend’s Grasp. Allowing you to position all enemies in a single point for easier cleave and control.

What are the Druid Covenant abilities in Shadowlands

Pledging to a Covenant at maximum level will give you a powerful new ability. You’ll only get to pledge to one covenant at a time, so make sure you don’t choose… poorly. It will be possible to change your Covenant after choosing one, but you’ll lose all the benefits you unlocked from your first choice.

Venthyr: Ravenous Frenzy — For a period of time, Druid spells you cast increase your damage, healing, and haste by a percentage, stacking. If you spend a period of time idle, the Frenzy overcomes you, consuming a percentage of your health per stack, stunning you, and then ending.

Necrolords: Adaptive Swarm — Command a swarm that heals or deals Shadow damage to a target and increases the effectiveness of your periodic effects on them. Upon expiration, travels to a new target within range, alternating between friend and foe up to a set number of times.

Night Fae: Convoke the Spirits — Call upon the Night Fae for an eruption of energy, channeling a rapid flurry of 16 Druid spells and abilities over 4 seconds. You will cast Moonfire, Wrath, Regrowth, Rejuvenation, Thrash, Rake, Shred, and Ironfur on appropriate nearby targets, favoring your current specialization.

The Kyrian Covenant return of an ability similar to the old talent Symbiosis is interesting. With only a choice between the tank, damage, and healer roles, it’ll be easier to balance — and easier to figure out what you may need per fight. The rest of the abilities are fine; Night Fae looks like it could be the most fun of them all, while Venthyr’s could be best for raid fights with no downtime, as long as your healers are ready to heal up a large hit to your health.

We’re still very early in the testing for Shadowlands, so like I said before, anything and everything about this can still change. Check back here after every update to see what those changes are!