Blizzard seems to frequently treat World of Warcraft expansions as self-contained stories, where almost all characters who show up are never seen again. In a recent interview, Ion Hazzikostas mentioned that the team hadn’t intended to bring Bwonsamdi back for Shadowlands — but he was so popular in Battle for Azeroth that he was not only brought back, and given a larger role than originally planned.

This got us thinking. Should Bwonsamdi be the only one? It feels like, among the heaps of characters that Blizzard leaves behind from expansion to expansion, there are a few gems that still have a lot of shine left on them.

The most obvious forgotten hero

It’s clear that Warlords of Draenor had an abbreviated storyline. There have been rumors of a middle raid tier, based around Shattrath. Maraad had his heroic sacrifice. Grommash went from the leader of the villainous Iron Horde to cheering alongside us at the end without much exposition in between. And, of course, there was Yrel, whose quest to become an Exarch and hero of the alternate universe Draenei had a clear beginning and end, but not much of a middle.

When we said our goodbyes, there was an exchange of amenities. “If you ever need us, we will be here.” Well, the Legion invaded Azeroth in full force, yet we did not call for Yrel’s help despite her demon-destroying resume. She never returned, other than as a possible antagonist off-screen in the Mag’har Orc recruitment scenario. Yrel is, without a doubt, the character with the most wasted potential Blizzard has ever added to the game.

Good villains are those who have justified motivations. Those who are just one bad choice away from, otherwise, being heroes. That is definitely the case with Edwin “Fools! Our cause is righteous!” VanCleef. The Defias Brotherhood was introduced as a low level antagonist for human areas, but their story was complex enough that much more could have been done with them.

The Defias situation was never acknowledged by Stormwind. We unmasked Onyxia’s plot — she was the mastermind behind the Stonemasons not getting paid, after all — but the kingdom never made amends with the group, or the people of Westfall at large.

Fandral’s absence makes Tyrande and Malfurion look worse than they should.

When he was co-leading Darnassus, he was the “bad cop” to Tyrande’s “good cop”. He was a broken man — with good reason, let it be said — in a position of power. He added the darker shade that the Alliance of today lacks. It is often said that the Horde leadership is the more interesting one, and the apparent “purity” of the Alliance leaders is a big reason for that.

He sold his soul to Ragnaros, and created the Druids of the Flame. I would love to see that group in action again, taking it out on the enemies of the Night Elves, with fiery vengeance. But alas, he is gone.

She isn’t gone, but she seems to be forgotten. The Grimtotem are the darker face of the Tauren, a race of otherwise almost monolithic behavior. If the edge of the Grimtotem was more present, Tauren as a whole would seem more realistic. 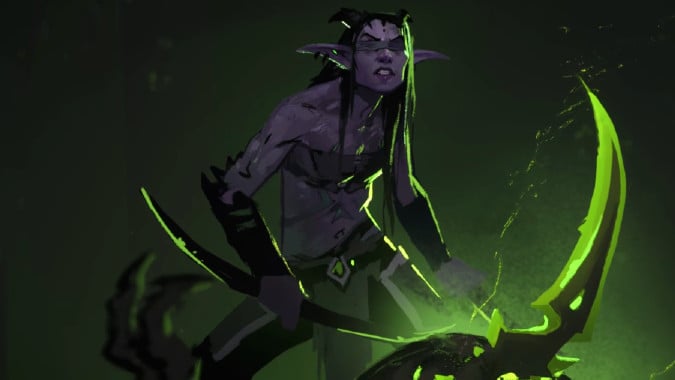 Brief best friends we’d love to catch up with

Kayn Sunfury? Altruis the Sufferer? Why do these clowns get to lead the Demon Hunters, when Kor’vas is so much better?

Her big moment was during the Demon Hunter introductory animation. Afterwards, she showed up in questing, here and there. But that is not enough. She oozes that “cool” factor that Blizzard likes, arguably more than Kayn or Altruis ever did. What do the Demon Hunters do now that the Legion has been dealt with? How do they pledge themselves to the two big factions, and turn their glaives towards new enemies? Let Kor’vas tell — no, show us.

Look, she is cool. She gets things done, far more than other pandaren who are placed in more prominent positions, such as Aysa and Ji — who, at this point, should have left the Alliance and Horde behind and returned to their old, peaceful lives on the Wandering Isle, if you ask me.

Not Taoshi. She wasn’t born for peace and meditation and contemplation. She is an assassin, but good-hearted. She is a jolly ol’ Pandaren, but rough around the edges. She has a nice enough personality and presence that Blizzard gave her a seat at the big boy/girl table within the Hall of Shadows (the Rogue Class Hall during Legion).

But not everyone plays a Rogue, and everyone deserves more Taoshi.

This might be a recurring theme here: characters who Blizzard acknowledges are cool — and thus turned into followers at the various Class Halls during Legion — but didn’t do more with.

If you ever play through the Worgen starting zone, Darius Crowley is the man. He keeps his composure during the most critical time his nation has ever faced, and is able to win over Genn Greymane, despite being a “criminal.” You go through a lot with him — and later his daughter Lorna, who we’d also love to see more — and you’re left wishing for more.

For someone who is the leader of the Reliquary, and just emanates power from his very presence, he sure is underutilized. The first time I ran into him, I honestly thought that he was a very major NPC, on the level of faction leaders.

This guy should be participating in Horde war councils. He should be providing very powerful Artifacts to his allies that are more than just passing quest moments. Give Brann Bronzebeard a rest! Let this guy dig out Titan machinery for a change. 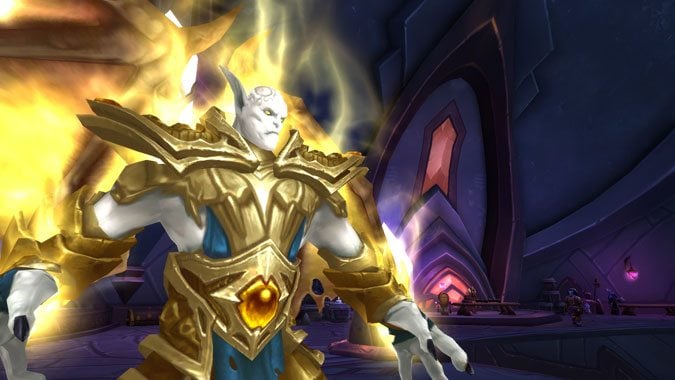 Cool concept characters we’d love to see do something

A dreadlord of the Light!? That is a very interesting concept, but nothing was really done with it. I find it super amusing to imagine the reactions if he showed up in Stormwind, alongside Turalyon, one day.

Night Elf Paladins. Such a tease! Why tease the entire playerbase… for naught? That’s just cruel!

Bring Delas back! Continue her story. Let her call the Knights of Elune into the fray! I’m sure no one will say that the timing is wrong for that.

He was among the Forsaken, but he never agreed with the methods of their leadership. Disgusted with what he saw around him, he left and joined the Argent Dawn.

Now, with Sylvanas having left for the Shadowlands, and the Forsaken being in need of new directions… it could be time for Sir Leonid to add some nuance back into the people from which he originated. 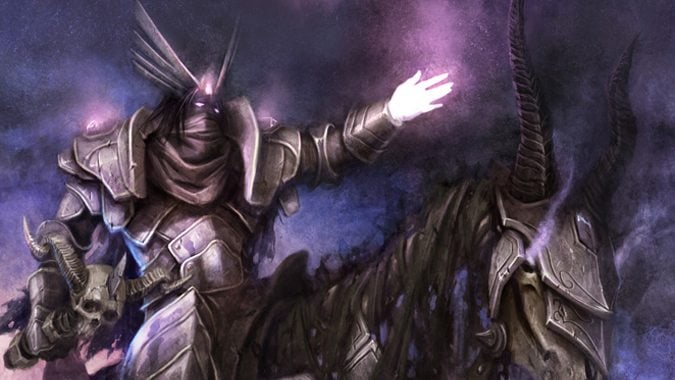 A Paladin whose devotion to the Light was so strong that he preserved his connection with it after death. Despite the fact that wielding the Light caused him horrible pain, his will was unwavering.

He should be among us — and he should be allowed to teach other Forsaken who lost their connections to the Light how to recover it. If he could do it, others probably could as well.

Sigh. One of the most beloved Warchiefs the Horde has ever had… lasted for one expansion, and nothing more. And we weren’t even in Azeroth for that one!

Regardless, Vol’jin’s story continues after that — there’s still potential there. He acts as our interface with the spirit world — but I feel like there were others who could have performed that role as well. After propping him up so much during Mists of Pandaria, making as cheer for him, rally behind him, we should still be allowed to fight alongside Vol’jin, to have him with us, at least for a full expansion. The poor guy deserved a better fate. And the Darkspear Trolls, as a whole, feel less relevant without him.

This could be controversial, so I saved it for last. Disclaimer: I feel like Varian’s death was well-told. I feel like his heroic sacrifice was extremely epic. And I feel like his absence adds potential to Anduin’s story.

That said… I miss him.

I didn’t like Varian at first. During Wrath of the Lich King and Mists, I kinda hated the guy. But he started growing on me based on his actions at the Siege of Orgrimmar, when he showed that he was much more than just the perfect opposite to Thrall — an Orc in Human skin. His relationship with his son tempered him. And he began to grow into a much more level-headed warrior. He was maturing into a valorous figure, one that people were proud to follow. A nearly perfect leader.

I wanted to see what else he would be able to accomplish. We never got to see the “Trials of the High King!”

Fourteen is enough, right? That said, I could certainly write about a few others as well:

There are definitely quite a few interesting characters that were left behind, or who should have gotten larger roles than they did. Do you have any favorites of your own that you’d love to see being brought back?