Everything we know about WoW patch 9.1.5 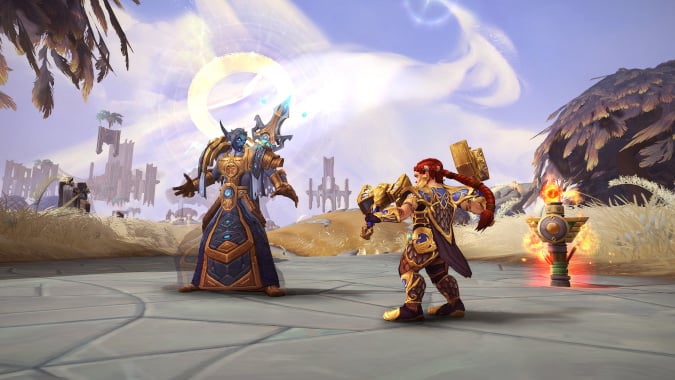 Shadowlands patch 9.1.5 is now live and with it comes a lot of quality of life improvements. These in-between patches tend to focus on improving things already in the game rather than adding to them, making it easier to access features or streamlining functionality so everything works a little bit better. And patch 9.1.5 in particular appears to be WoW giving to the community a lot of what it’s been asking for.

We have been updating this article as patch 9.1.5 was updated, and this is what is known about the release patch. Here’s everything we know about patch 9.1.5. 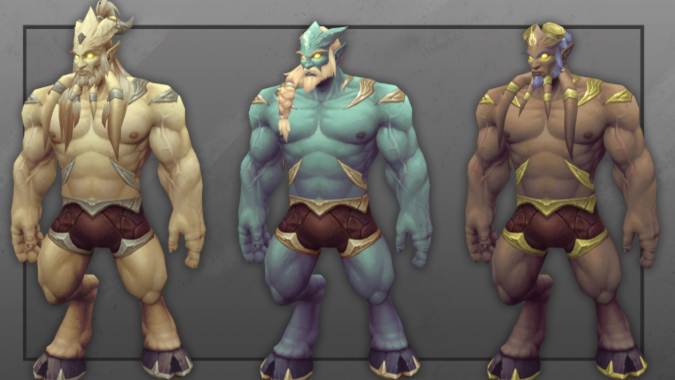 Players will get plenty of new cosmetic customizations

The only thing more important than moving fast is looking good while moving fast. There are two groups of characters that have special travel forms, which can potentially overlap — Druids and Night Fae. Both will receive more forms in patch 9.1.5.

So Druids will receive more travel forms. The Night Fae have a number of options for Soulshapes already, but more will be added. Dataminers have found Shoveltusk, Kodo, and Mammoth that are not yet in game, so these are possibilities. And a new option will be available: Crittershape. This will be just like Soulshape, but smaller, like a squirrel. It will only be available for use in rested areas, not out in the world, so it’s more of a fun flair than a useful movement ability. And with all of these shapes to transform into, Night Fae will get a way to transform into a random shape they’ve learned instead of just picking a specific. Maybe with a glyph?

But there are more player customizations coming in patch 9.1.5, because some Allied Races will be getting new cosmetic options. Two races are receiving some much deserved attention: Nightborne and Lightforged Draenei. Void Elves will also receive some new hair colors and more options for ear size. At first they said they Highmountain wouldn’t have their new updates until later on, but now, Highmountain will be in the patch.

And transmog fans get a treat, too. Players will be able show off their looks by linking transmog into chat or online, by sharing a link to their Dressing Room. Mousing over items will show where the transmogged item comes from, and whether the appearance item is available to the character viewing it.

For those that like to work for their transmog, there are new recolored armor sets that will be rewarded from the Mage Tower, which is returning as part of Legion Timewalking. 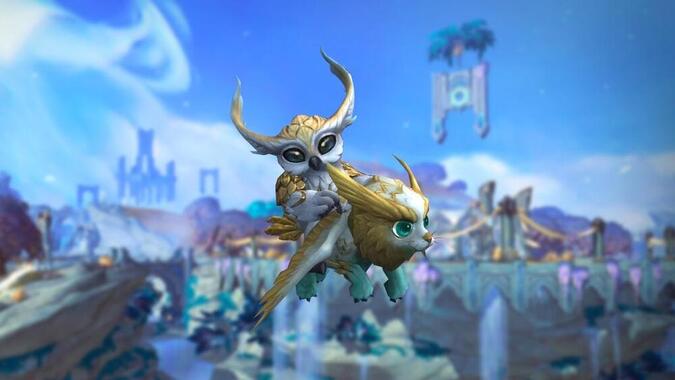 Many Covenant limitations will be a thing of the past

Most of the restrictions around Covenants are gone! When a character is at maximum Renown, they can switch Covenants without any kind of cooldown or restriction, giving maxed out players a lot of flexibility. Characters who have fully upgraded their Covenant features will also have a way to transfer Anima to alts. Furthermore, cosmetics like transmog will no longer be restricted, so you’ll be able to use them on any characters. All of this will also be available on your alts as soon as your main has hit maximum Renown. Conduit Energy is gone too, so you’ll be able to swap Conduits as often as you want.

You won’t even need to complete Covenant campaigns — as long as you’ve the same campaign  on one character. If one character has completed a campaign in a particular Covenant, alts who join that same Covenant will have the third soulbind unlocked and have a bump in their Renown as if the campaign was completed. That should make things much simpler for alt-lovers. Players who have reached Renown 80 can purchase a Broker Mark of Distinction for 500 gold to instantly boost an alt to 40 Renown.

There will also be ways to gather more Redeemed Souls in a week, such as a new repeatable quest, if your Covenant Sanctum is not fully upgraded.

Improvements to the Maw, easier gearing, and more quality of life improvements

There are a couple of changes regarding the Maw that help reduce the time you need to spend there. First, the whole intro scenario that all characters have to level through is now skippable. As long as one character has completed this, alts are able to talk to Mograine and bypass the entire introduction to jump right into Shadowlands content, something players have been asking for. Secondly, the fast travel options Ve’nari offers will be expanded, adding a quick way to get to Perdition Hold and Desmotaeron. The less time running and avoiding mobs in the Maw, the better.

You’ll also be able to unlock an Anima Diverter in Korthia, allowing you to deposit Anima without returning to your Covenant Sanctum. It will be nice to free up bag space without having to run back to your Sanctum.

And here’s a big one, though we haven’t heard many details yet: talents, class abilities, Conduits, Runecarving, and Covenant class abilities are all being looked at and tuned. Which abilities and how they’ll be tuned are still up in the air, as the patch preview only specifies that there will be “improvements.” But a few class changes we do know about it, like the removal of the AOE cap.

There’s also a grab bag of just handy additions. Legendaries should be easier to craft and upgrade. More Soul Cinders will be rewarded from Torghast, Maw Assaults, Tormentors of Torghast, and missions. Torghast wings can be run repeatedly for full rewards of Soul Cinders and Soul Ash, with no weekly caps. That means you’ll be able to collect these must-have mats quickly, which will be handy for gearing up alts or switching Legendaries. Runecarving drops from dungeons will have a 100% drop chance on any difficulty, so you — or your alts — will be able to pick up any powers you’re missing.

For raiders, Shards of Domination will have an increased drop rate to let you finish up set bonuses you might be missing (or gear up alts faster). Mythic raiders will be able to speak to Acquirer Ta’gosh in the Hall of Curiosities who now sells a Gateway Control Shard letting you activate the nearest Demonic Gateway, making moving around the battleground easier.

And there are some other gearing and leveling improvements. PVP gear will scale to a higher item level in PVP situations for lower level PVP gear, to help newer PVP players. You’ll also be able to purchase Korthian Armaments for specific armor slots, letting you easily fill lower level gear slots.

Changes will be made to alt leveling, including Heirloom gear upgrades for level 51 to 60 characters, more sources of Renown (such as bonus objectives), and letting Torghast count towards Threads of Fate leveling. And if your alts need Anima, you’ll be able to transfer Anima between characters.

Another important change will be improvements to the reporting system — but again, this is something we don’t know much about. 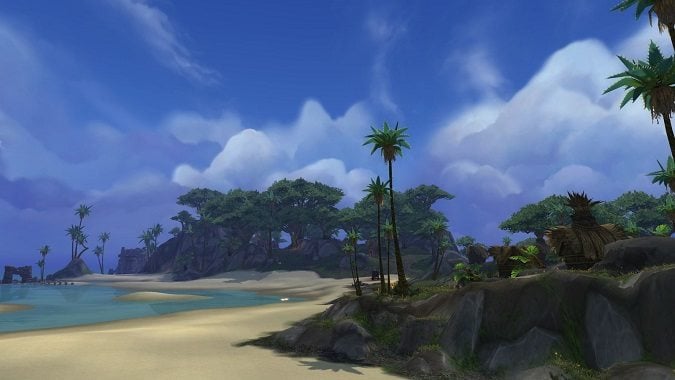 Changes won’t just affect the current expansion, because we’re also getting changes that will help us access Battle for Azeroth content. Unlocking Allied Races will become a little easier, because you’ll no longer have to run dungeons to unlock any race. Some of the requirements to the Mecha-Done achievement have been made easier to obtain.

You’ll also be able to solo queue for Island Expeditions, so if you missed Island Expeditions and want to charge back in and stomp them at max level — or go back to collect the plethora of pets and mounts that didn’t drop for in BFA — now you can do it without having to try to form a group.

And more good news for transmog hunters: legacy loot rules go into effect for BFA raids and dungeons. This ensures more loot drops, providing the number of pieces of loot as if it was a full group of five for a dungeon, or a full twenty-player group for a raid, regardless of how many players are currently there. That will give you a much better chance of getting the loot you want.

We’re also getting a new Timewalking option for Legion, which will include a new Mythic+ Timewalking mode. This will run the first two week’s of the patch, and then enter the normal Timewalking rotation. There’s a new Infernal Affix to go with it.

For Warlords of Draenor, Garrison and Command Table missions will be accessible via the Companion App. 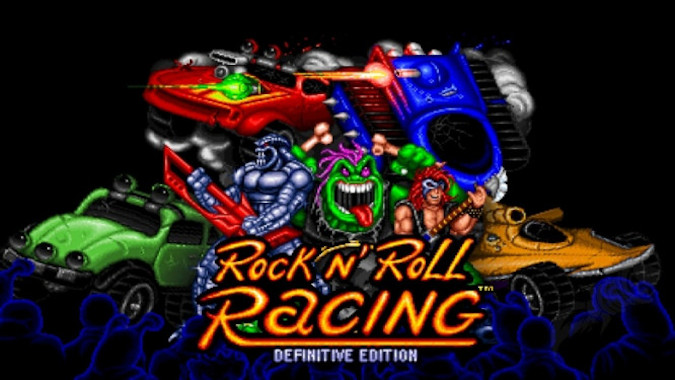 When starting a new character at level 1, their starting gear will be different than it was before. Out with the old, in with the new. Speaking of gear, new shoe models have shown up, whether these hit at better dressed NPCs, or new sets on the way, this is not known, but new models are always good. There are plenty of Legion-related transmog. There are weapons and armor that appear to be related to the new Timewalking dungeons. And then there are the recolored Tier 20 armor sets which we know will come from the Mage Tower in Legion Timewalking.

Rock n’ Roll Racing toys, achievements — and music? — were found in the files. This is probably related to this year’s Winterveil Gift.

There are also some more general changes — some AOE spells and abilities have had their target limits removed. Weather effects have been added to Stormwind and Orgrimmar.