The patch 7.3.5 PTR is up and oh boy. Officially, we’re getting new level scaling from 1 to 100, Ulduar Timewalking, a Silithus battleground, and various bits and pieces that bridge the gap between the end of Antorus and the beginning of Battle for Azeroth. Unofficially is where things get exciting, and we’re getting all sorts of previews for the new Allied Races that will be coming in the next expansion via datamining. Our friends over at Wowhead worked all last night going through the files to get all the new information up.

To start, however, level scaling is what Blizzard really wants to test on the PTR, and they’re looking for a lot of feedback about what works and what doesn’t. Starting zones will still be level 1-10, but the rest of the vanilla WoW zones will all scale to level 60. Outland and Northrend zones will scale from 60-80, and Cataclysm and Pandaria zones will scale from 80-90. Draenor will close it out at 90-100.

Welcome to the Patch 7.3.5 Public Test Realm! This patch includes several new updates and content, and also lays some of the groundwork for the upcoming Battle for Azeroth expansion.

Our biggest focus for testing during this PTR period will be on the new level 1-100 zone and dungeon scaling we’re introducing with 7.3.5. This is an extensive change to how loot, quests, and creatures work in the open world, so we’re going to need as much feedback as we can get about how things are working out. We’ll have some more details in the coming days about how you can best help us make sure this new feature rolls out as smoothly as possible.

Other features you’ll see on the PTR over the next few weeks include Ulduar Timewalking, a preview of the new Silithus Battleground, and a few other bits of content that get into the aftermath of the events in Antorus and set the stage for the upcoming conflict in Battle for Azeroth. Note that since development of the new expansion is now in full swing, datamining sites are likely to see some bits and pieces of features that are part of Battle for Azeroth (such as Allied Races).

As we’ve done for similar patches in Legion, we’ll be providing updates throughout the PTR process that give insight into what’s being made available for testing and what sort of feedback would be most helpful. Thanks for checking it out, and happy testing!

Additionally, if you have an authenticator attached to your account, your base backpack will get four more slots. We’ve always heard that the backpack was so ingrained in the code for WoW that it was challenging to change without affecting a bunch of other stuff. They’ve done it now, and what better way is there to promote keeping your account secure while giving you more room for Inky Black Potions? 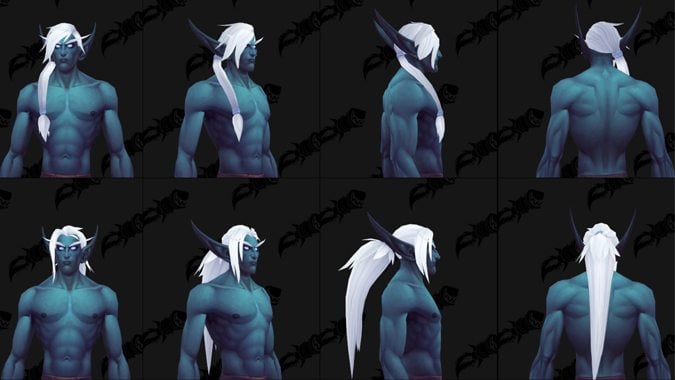 There’s a lot more in the files, however

Datamining is where it gets exciting for anyone interested in lore or the new Allied Races. Below are some cool things that Wowhead found in the patch files. However, fair warning that none of this is set in stone and could change. Another fair warning? Spoilers abound below!

If you want to see Silithus yourself and test the zone scaling on the PTR, you can just download it right from your launcher. (Editor’s note: The Silithus changes may only be visible if your character has cleared Antorus — some people see the changes, some don’t.) Character copying is currently working, though it’s prone to go up and down with various patch updates.