Azerite has been a major focus and main power system in Battle for Azeroth, but it hasn’t fared well. Patch 8.2 was the promised patch to fix the complaints that had plagued the Azerite armor system since Battle for Azeroth was in beta. Players have critiqued the fatigue with constantly having to farm Azerite in order to unlock traits on a new piece of gear, being pigeon-holed into only using certain traits over gear upgrades, and that Azerite traits in general were uninteresting. Patch 8.2 added improvements to the system, but there are still some major issues to address. 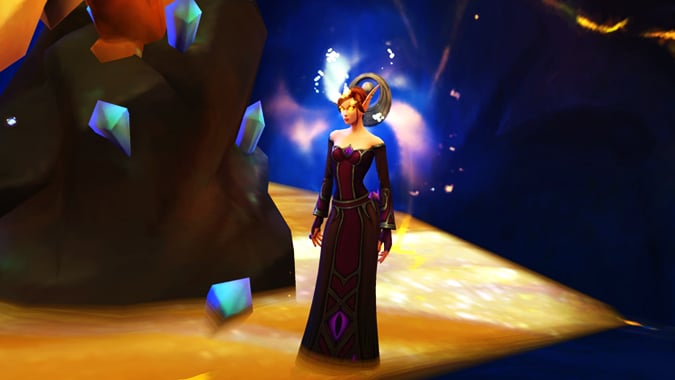 Unfortunately Azerite was doomed from the start, and its many issues were magnified in comparison to Legion’s progression system. While Legion’s legendaries were also initially problematic, that had more to do with the RNG of acquiring the “best” pieces and not so much the legendaries themselves. Players who got their best in slot items were ecstatic. The legendaries added meaningful changes to class playstyles, making gameplay interesting and different depending on which legendary you were using. Artifact Weapon talents also added interactive abilities. We had actives and passives to fill out our toolkits.

Combined with legendaries, this created a mostly well-rounded class design for players — which was all removed in Battle for Azeroth.

For many players, it felt like Battle for Azeroth took out all the good parts of Legion’s progression system and kept the worst. Some spells were kept from legendaries and Artifact Weapons and added as talents. The cool class-specific Artifact talents were watered down, becoming generalized Azerite talents to fit many classes. Those that remained specific to our classes felt incredibly lackluster.

Collecting Azerite Power was a never-ending process. At least with Artifact Weapons, there was a point where we could stop, or at least go easy. Azerite Armor required constant upkeep if you were progressing through content at all. Each gear upgrade required more Azerite, with higher Heart of Azeroth levels for each trait. Upgrades didn’t feel good to get when you couldn’t even fully use them, and had to go grind more Azerite in order to unlock traits. In fact, it often felt like upgrades just came with more chores. Worst of all were those times you were lucky enough to get a really high piece of Azerite gear on a low-geared alt — except the gear was nearly worthless until you farmed enough Azerite to rival your main character’s progress in order to simply use the traits.

Something had to be done. Blizzard has been resistant to introduce massive overhauls to anything mid-expansion, but Azerite armor was a glaring issue. Short of a complete overhaul, Azerite armor will always have issues.

The patch introduced more rings and traits on armor and lessened Azerite level restrictions, to help make Azerite armor more palatable and less frustrating. Upgradeable Benthic gear was added as a catch-up system and to fill in missing pieces. The Essences system was introduced as a band-aid to an overhaul, meant to give us something to interact with without completely doing away with Azerite. While it achieves its goal of making the system less frustrating, it also just feels like a temporary measure that will be taken out in the next expansion. Of course, that’s probably exactly what it is, but players like to feel like content should make a difference now instead of saving changes for the future. It fuels the unfounded “rumors” that Blizzard has “given up” on Battle for Azeroth and are focusing on the next expansion, as some sort of repeat of Warlords of Draenor and Legion. 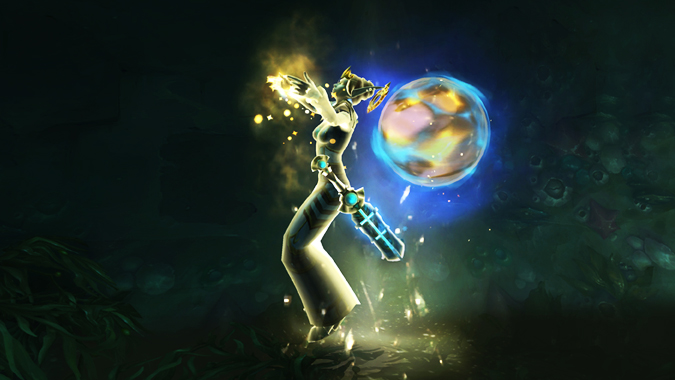 Some of the changes work

Admittedly, patch 8.2 did help to fix issues with the Azerite system, at least to make it less frustrating to play if not more enjoyable. Essences bring noticeable differences to the playstyles, more than Azerite traits have. Each Essence provides an active ability as its major power, and the minor powers provide useful passive abilities. They don’t have the uniqueness that Artifact Weapons and legendaries added, but they’re interesting and can be fun to play with. You can change them at will just like talents, unlike the cost prohibitive Azerite Reforger.

The Major Powers are more dynamic and interesting than Azerite Traits. They feel more interactive than class talents and very similar to Legion’s legendaries — where you actually feel like you have a choice of what to take, even if it’s just a couple options, rather than being pushed into a cookie-cutter spec. The extra rings and traits on Azerite armor make players feel like they have more involvement with their spec, even if it’s still closer to a “fire and forget” thing. 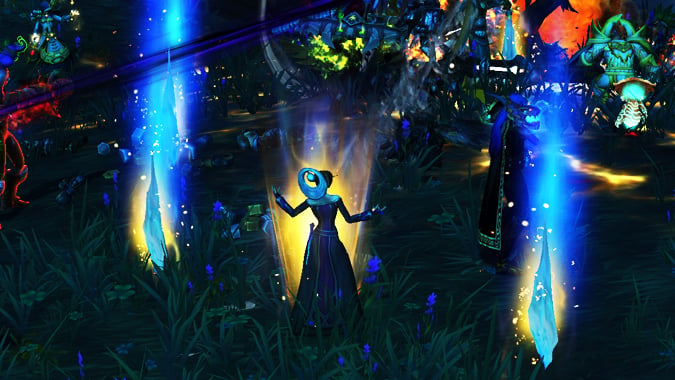 Azerite still has a lot of issues

Though the Azerite system is marginally better, there is still a lot to be desired. One thing that stands out is the change to the trait system. My friends and I thought we were going crazy — we all independently remembered hearing that there would be no requirements to unlock traits. Yet, in patch 8.2, there were clearly Heart of Azeroth level requirements for traits. Granted, they’re a lot lower than they were, but they’re still there. In an interview about Tides of Vengeance, Ion Hazzikostas said that all traits would be unlocked. Every publication repeated that traits would be unlocked — and then they weren’t. This is the kind of thing that annoys players and makes them feel like Blizzard is trying to pull a fast one.

Traits are still lackluster and, at least for my class, don’t make any noticeable difference in the way I play. Many classes just sim traits and pick one. Azerite Armor doesn’t change based on your spec like the old tier sets used to. You still have to farm up multiple pieces for every slot if you want to play different specs or even different activities. 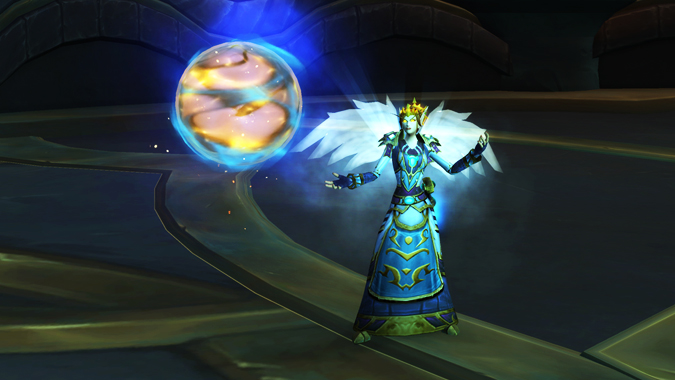 While Essences spiced up the Heart of Azeroth, they don’t fix the underlying issues. In fact, it feels like Blizzard simply moved the grind from farming AP to farming Essences and their various ranks. The myriad of Essences, each with a separate activity to acquire them, and each with four possible ranks, looks good on paper. It offers a lot of things to do. But in actuality, it’s daunting enough for one character, especially those who regularly use different roles. And forget about alts.

Players have been clamoring for some version of account-wide Essences. People don’t want to do the same month-long time-gated or grindy content multiple times just to have access to the patch’s features on other characters. The “fix” for Azerite, which is essentially more class talents, is locked behind the grind. Everything else offers a catch-up — Benthic gear, boosting the Heart of Azeroth to level 35 — but in this main feature your alts suffer and remain uninteresting or sub-par until you repeat the process through which you already did for your main character. And then when you do finally get the reputation Essences, the rank 4 versions are locked behind RNG. You have to farm Paragon cache after Paragon cache, hoping to get it, rather than working toward a concrete, tangible goal like Keystone Master. 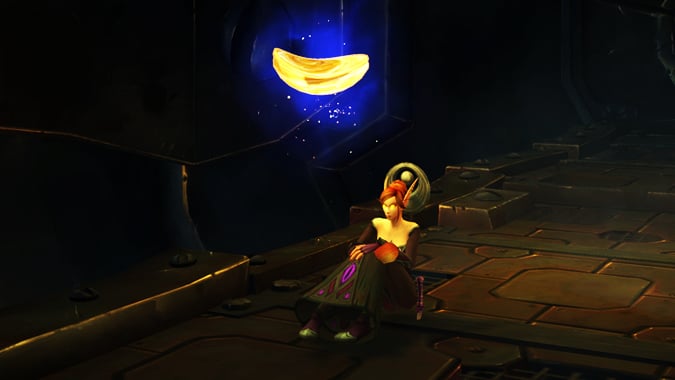 Patch 8.2’s changes helped alleviate the pain that was Azerite armor, but it’s still just a band-aid. Making Essences account-wide might do more to assuage that. Patch 8.2.5 just released and is a minor patch in the scheme of things, but players are holding out hope that patch 8.3 will include the changes they desire. Since it is expected to include the final raid, it seems like a reasonable hope that Blizzard will make things less frustrating for players. After all, Legion‘s final stretch included the target-able legendaries that players praised.

With Battle for Azeroth half over, Blizzard may just want to focus development resources on the next expansion and not change Azerite further. I don’t care for it, but I can’t fault that decision either. Unfortunately, the Azerite issue could have been avoided in the first place. The complaints were there from the start in beta, but Blizzard pushed through because Battle for Azeroth had to be on schedule. Players are not a homogeneous group of a singular opinion, but we generally know what’s fun. The Legion system was eventually praised, but Azerite system kept only the worst parts of it. It’s like Blizzard thought the game should go in a certain direction, but didn’t take into account what players like. With this expansion, and even Legion, it feels like Blizzard is trying to tell us what is fun.

Ultimately, the Azerite issue is a symptom of a larger development problem. We have suffered though a sub-par system for the sake of keeping Battle for Azeroth’s development vision intact. I just wish Blizzard would take feedback more seriously instead of trying to push their preferences onto us.