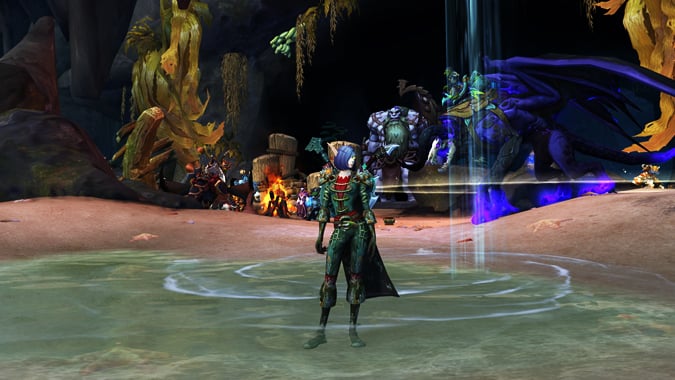 When you finally hit level 120, looking at the long list of all the things you could do next can be kind of overwhelming. But the first order of business is to get gear so you don’t get walloped by the next pack of mobs you see. There are several avenues for gearing up, and the fastest can depend on time, currency, and a whole bunch of RNG.

The key to gearing up is increasing your overall item level to hit the next threshold on scaled gear. If you only leveled through questing, you’re probably going to be in the 290 range when you hit 120. From there, the fastest way to gear up is with Benthic gear, which is what it was intended for. Benthic gear tokens are bind-on-account, which makes gearing alts even faster if you have (or buy) extras on your main character.

But Benthic armor isn’t your only avenue for upgrades. Here are the best ways to gear up a new 120 in WoW. 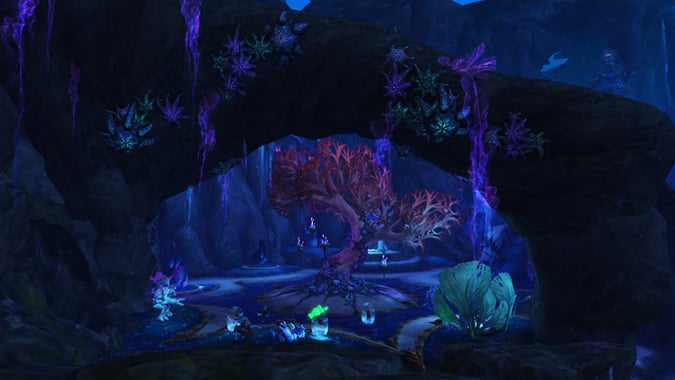 Your best bet for gear up quickly is to go straight to Nazjatar. The only requirements are being 120 and completing Uniting Kul Tiras or Uniting Zandalar by being friendly with each faction. If you’ve been questing through the zones, you’ll have this immediately upon hitting max level.

If you’ve only been questing, you’re going to be under 300 ilvl, and Nazjatar is going to be dangerous. Depending on your class, it can be a struggle to kill a lot of things by yourself. But it’s worth it even if you’re by yourself, and much easier if others are around. If you can make it through the opening quests and do a round of world quests and your three follower quests for the day, you’ll have a couple Benthic rewards and more than enough Prismatic Manapearls to purchase the remaining Benthic pieces for every slot. Doing this, I was able to go from 292 to 360 ilvl within a matter of hours after hitting 120.

Benthic gear significantly raises your ilvl, which means you’ll get higher ilvl pieces from for world quests and emissaries. With all Benthic pieces, my world quest rewards jumped from ilvl 325 up to 365 ilvl, making it easier to grab gear outside of Nazjatar, too. But even with a set of Benthic gear, you’ll need to keep an eye out for any world quests to upgrade your rings, trinkets, and weapons, which Benthic gear doesn’t offer.

Even when you’re geared up, keep farming Manapearls, because Benthic gear has the added bonus of being upgradeable up to 425 ilvl.

Upgrade your Heart of Azeroth

After you open up Nazjatar, Magni comes along with a message to go visit the Chamber of Heart. Do this.

Completing the questline and scenario not only opens up the new Essences system, but it will automatically raise your Heart of Azeroth neck up to level 35. 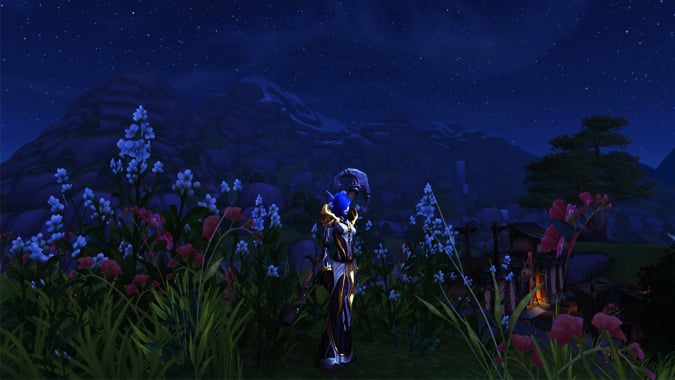 Start with Benthic gear, then do world quests

World quests will reward gear that is based on your overall ilvl, and it scales as your ilvl increases. This is the most consistent way of gearing up, since you can see what’s available on the map and you generally don’t have to wait for a group, but it’s very slow if you only rely on it. Like above, it’s fastest to get Benthic gear to raise the ilvl threshold and then use world quests to fill in missing slots or grab items for off-specs.

Faction Assaults and emissaries also offer a gear cache for completing the requisite world quests. Emissary gear rewards scale higher than the gear from world quests and are worth completing when they’re up. Faction Assaults are unfortunately capped at 370 ilvl, but in some cases that could still net you an upgrade. World bosses are available once per week but their gear is static. You can get 415 gear from the world boss in Nazjatar, but bosses in Kul Tiras/Zuldazar only drop 355 loot. 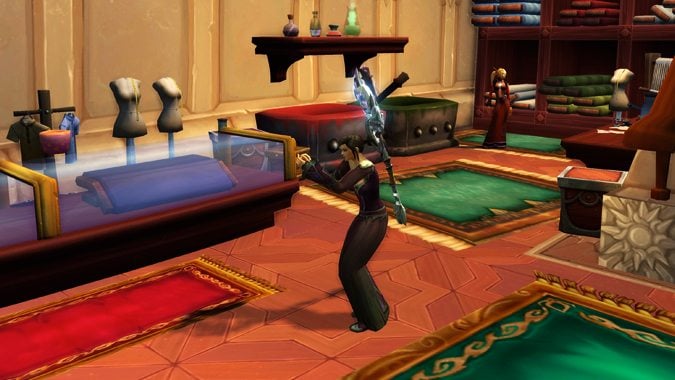 Bind-on-equip gear is a quick way of increasing your ilvl with little effort, but it’s also the most expensive. For crafted gear, there are three versions crafters can make: 310, 340, and 370 ilvl gear. Because Benthic gear is so accessible, and is meant as the gear catch-up system, it’s not worth it to invest in crafted armor. However, where crafted gear really shines is filling in trinkets and weapons that Benthic gear doesn’t cover. Inscription can make decent 400 ilvl trinkets and 370 ilvl off-hands. Jewelcrafting has a couple staffs from 310-370, Blacksmithing covers the same in one-handers and shields, and Leatherworking can make bows and fist weapons.

If you’re fresh from hitting 120 and have the gold or materials to spare, the 340 or 370 gear can get you started to make Nazjatar easier. If you have a lot of gold to spare and really want to gear out your brand new alt with something they won’t replace for a while, you can buy one of the many raid BOEs on the Auction House. 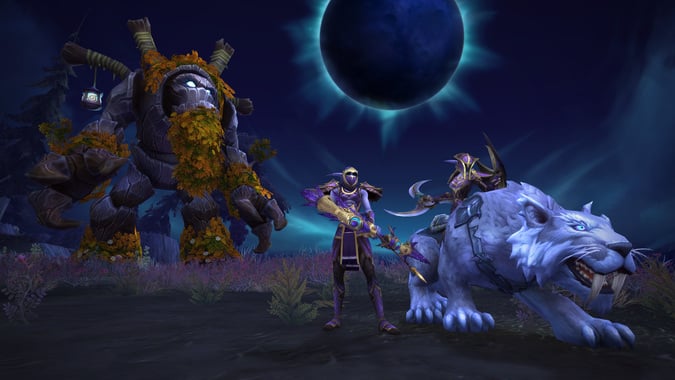 Warfronts are good for gear, since the main quests reward such a high ilvl piece. The catch is that it’s only a single piece per rotation, and the rotation makes them available every couple of weeks. You can get a high ilvl gear piece from the quest, a middling piece of gear for completing the Warfront, and a chance at a third high piece when the Warfront world bosses are roaming the world zones. 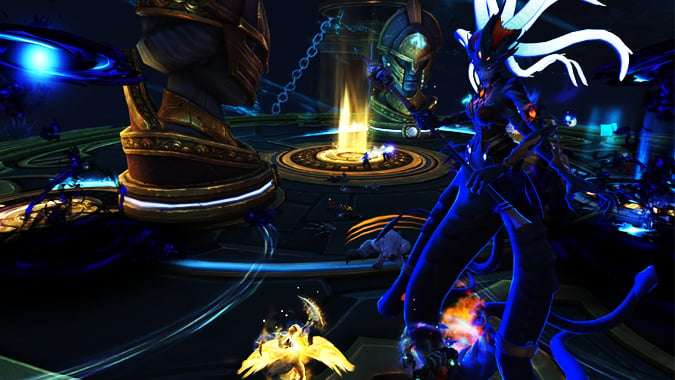 Dungeons are a decent way of acquiring gear after crafted pieces, though you’re at the mercy of RNG and queue times. Tanks and healers will have a much faster queue time than DPS, making their experience more efficient. It all comes down to if personal loot RNG works in your favor. The plus is that you can farm Normal and Heroic to your heart’s content through, while regular Mythics are limited to one shot at loot per week, but they are also very efficient for time and ilvl. Doing a Mythic +0 “world tour” — completing every dungeon on Mythic  — is popular for this reason.

Everyone knows the drill with Looking for Raid. The main hurdle is getting to the point where you can queue, and after that it’s just RNG for loot, and more RNG if you have bonus rolls. These are your raid choices: 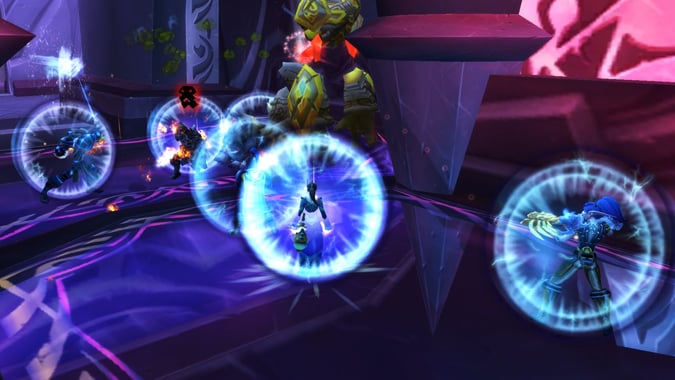 If Timewalking is up, it’s the most reliable and efficient in terms of ability to farm higher ilvl gear. You’re still at the mercy of RNG, however, and Timewalking dungeons can take longer, depending on how well your group remembers mechanics. Loot from Timewalking dungeons is 395 ilvl. If you get Azerite slot pieces (head, shoulders, chest), they’re straight stats and missing any Azerite Traits, but it’s still a way to boost ilvl to get into higher thresholds for other drops

You can also buy 380 ilvl themed pieces of gear from the Timewalking vendors with Timewarped Badges. In addition, you can get a Normal mode raid piece of gear from the cache for completing the weekly quest of five Timewalking dungeons. Currently this is 400 ilvl from The Eternal Palace, and will be updated whenever a new raid comes out. Timewalking is available every 3-4 weeks.

Hopefully this guide helps out any players returning to WoW or anyone leveling alts. This is mostly aimed at getting geared quickly to get into LFR. After that, it’s just a short step into higher raid modes and Mythic+ keys.