It’s no secret that Blizzard has had a rough past couple of years. Between layoffs, extremely critical — and one might even say vociferously negative reactions to Diablo Immortal — and leaks and rumors about what this year will bring us, it’s been chaos. So when J. Allen Brack, Blizzard’s President, did an interview with Gamespot it’s not a surprise that he said some very reassuring things about how Blizzard’s not abandoning the PC market, about how Blizzard is a values-led company, and so on.  To a degree, of course he’s going to say those things, especially as we head into BlizzCon.

But after the astonishing, almost runaway success of WoW Classic (a game neither Brack nor I believed in for a long, long time) and with BlizzCon coming up, I think it’s fair to look over what Brack has to say on a variety of subjects in this interview. Because this is a pretty big BlizzCon for everyone involved, I think it’s especially worth seeing what Brack’s talking about before we get there.

It’s interesting to see the way Brack really deconstructs the fallout from Diablo Immortal.  His blanket statement about the failure to communicate their intentions and the discussion of how they still believe in the game is very in-depth. I’m not going to reproduce his entire multiple paragraph answer on that subject, but I will look at one part of it.

I think the thing that we did a poor job of when we announced Diablo: Immortal was contextualizing what we think the future can be and what we think of mobile in particular. And I also think the key thing that was lost, that we did a poor job double emphasizing, is we are a PC developer first. And then we look for other platforms that we think are awesome that can support the types of game play experiences that resonate with the type of games and values that we want to put forth into the world. And the example of that is, there was a little bit of a backlash when we [announced] that we were going to port Diablo 3 to console as well.

He goes on to talk about this more — there’s a part of his answer that makes it clear he knows that a lot of mobile games are, shall we say, less than great — and I think it’s worthwhile to read the whole thing. Brack is clearly very serious about the message that Blizzard is, and will continue to be, a developer that makes games for PC first and then looks for opportunities such as Diablo 3 and Overwatch on the Switch. Getting this message out now — saying that yes, they’ll make mobile games, but that’s not going to be their focus first, it’s something to think about after they work on their PC gaming focus — is smart in the lead up to BlizzCon. It’s a good way to deal with the messaging from last year. 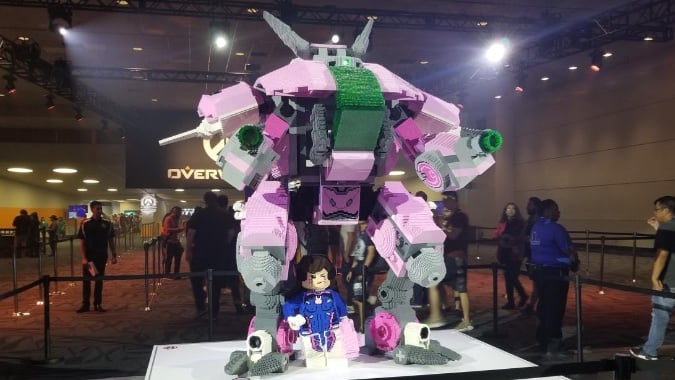 Something Brack talked about that I personally find almost tantalizingly worthy of discussion is the nature of Blizzard’s IP, and how flexible their IP are in terms of the genres of games that could be released for them.

One of the things that we articulate with all of our IP is, each one of them is built and has been constructed to really support a lot more, not only different platforms, but different types of games, and different genres of game.

I’ll give you an example of that. If you think about Warcraft, which is our most storied IP, it has supported a big giant MMO, it has supported real-time strategy games, and it’s supported a collectible card game. So those are very different genres of game that have come out of the same IP.

We know that there is a rumor of an Overwatch 2 of some sort being worked on, with a potential announcement at BlizzCon this year. If that game was a new genre of game in the Overwatch IP, that would track with this notion of Blizzard IPs being able to handle a diverse spate of games and it has me wondering if this is where Blizzard is deciding to put its efforts going forward. We have Diablo Immortal as a mobile MMOARPG, and a potential Diablo 4 as presumably an Action RPG, plus ongoing rumors of a Diablo series for Netflix. We have the Warcraft franchise, and if the rumors are true, now we’d have Overwatch diversifying as well. Since Brack also mentions that Blizzard has discussed unique IP’s for mobile platforms, it certainly feels like Blizzard may be attempting to keep their focus on their PC gaming roots while also heading into other platforms by deliberately trying to develop games in those IPs specifically for other platforms going forward.

The article goes on to discuss Blizzard’s overall development philosophy. They start with developers who really believe they can make an excellent game and go from there. They have four big IPs with StarCraft, Warcraft, Diablo, and now Overwatch, to pull from, and he talks about how fortunate they are to be able to say that. Brack even discusses WoW on consoles — just like you expect, he says it’s hard to imagine WoW without a keyboard and mouse due to the complexity of the control scheme — and really, it’s definitely an article you should read. Of special interest is Brack’s statement that he doesn’t really see a way for Blizzard to operate that isn’t the same way they’ve always operated — that they have to remain focused on making games they themselves want to play, and that they’ve always been a company that only ships about half of the games they start working on.

Head on over to Gamespot and take a look for yourself. And remember, we’ll see what Blizzard has been working on soon.