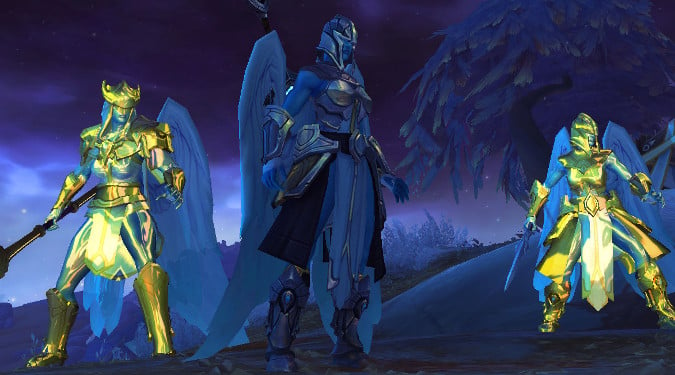 We are in an interesting situation with allied races and World of Warcraft, in that we have more choices for what kind of character you’re playing than ever. Each faction currently has five allied races, for a grand total of ten Allied Races. Add that to the six unique races per faction and the Pandaren shared by either and we’re looking at 23 total playable races to choose from when you create your next character. A case can certainly be made that 23 options are more than enough, and Shadowlands has announced no further Allied Races while the alpha test is ongoing.

That doesn’t mean they won’t, of course. Allied races are a system designed for Battle for Azeroth, although they saw a sizable addition in Legion with the Lightforged Draenei, Highmountain Tauren, Nightborne, and Void Elves added at the end of that expansion. While we know we’re not going to see any new Allied Races immediately, there are several options in Shadowlands that I think could be explored as a potential addition to the game, even though we’ve only seen two of the four leveling zones first hand so far.

So let’s talk about what we could potentially get to be if Shadowlands gives us even more options. 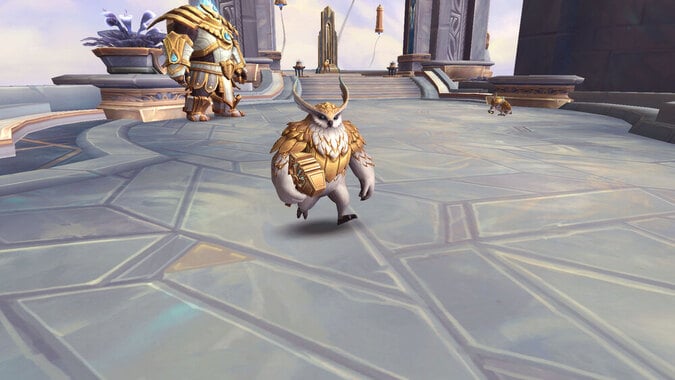 The Stewards, introduced in the Bastion section of Shadowlands, are the extremely helpful cosmic owl people who assist the Kyrian in their goal of guiding the souls of the deceased to their proper destination in the Shadowlands. While the Kyrian themselves are suffering from a crisis of purpose in the wake of the Anima drought afflicting the Shadowlands, the Stewards seem to lack this issue — helpful to the point of a kind of mania, these feathered friends will do whatever is necessary to bring about the completion of their mission.

Stewards combine a wonderful aesthetic with a nonthreatening but unique personality and could easily become playable, if there was a story reason why they might want to leave the Shadowlands — possibly to help restore balance in the land of the living, since it’s now clear that whatever afflicts that realm will create problems in Bastion as well. They’re a fun and unique option and I’d certainly like to see them included. 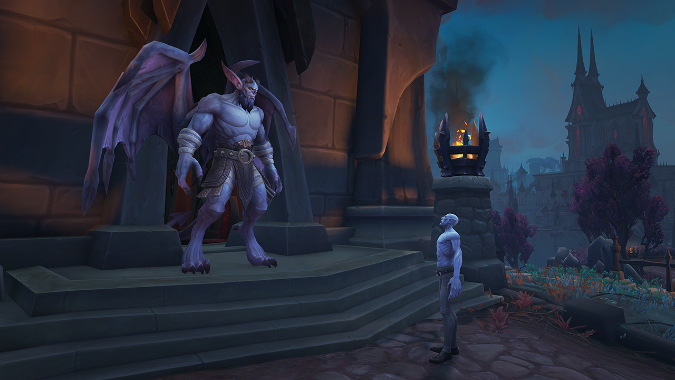 Like the Stewards, the Stoneborn serve a faction in Shadowlands, namely the Venthyr. But the Venthyr created the Stoneborn Gargoyles using Anima, and have for eons controlled these powerful warriors as an army to defend the mission of Revendreth to purge the sin of hubris or pride from souls that could still be saved from the Maw. With the Anima drought, Stoneborn are waking up to the possibility of making their own decisions, with some even choosing to rebel against Sire Denathrius. With the freedom to make their own choices comes the possibility of choosing their own allegiances, which could mean we could see Stoneborn enter Azeroth and fight alongside one of the two major factions in that world.

Stoneborn are an interesting option for a lot of reasons. They’re big monstrous folk, with a unique silhouette, and they have wings which could definitely make for some interesting customization options if they became an Allied Race. They’d probably have to lose some of that impressive size to be playable, but even so they could definitely bring a lot to the table as a character option.

The Faun of Ardenweald serve the Winter Queen of the Night Fae as she faces down the Anima drought that has her realm teetering on the verge of collapse. We know little about them from a storytelling perspective, but their severe and somewhat androgynous aesthetic — both male and female Faun use the female Draenei skeleton — makes them an interesting and unique option if they became playable. Considering how badly Ardenweald is suffering from the Anima drought, the idea of a Faun who makes the journey to Azeroth to ensure that the situation doesn’t repeat itself after Shadowlands isn’t too far-fetched, and for that matter with the Night Fae mirroring many races we’ve already seen on Azeroth like Dryads, it’s not too far-fetched that there might be Faun in some remote glade or hidden valley on Azeroth already.

We know the Faun are already rigged to display equipment like armor, so I’d definitely love to see more of them. An allied race option could ensure they don’t just fade out once the expansion is over. 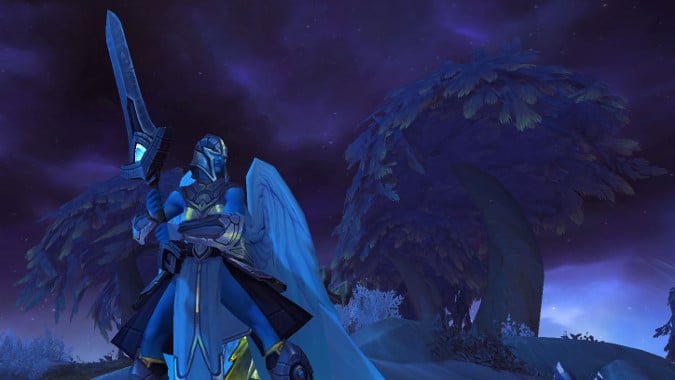 The Kyrian of Bastion are the spirits of deceased mortals who had a desire to serve and protect others so strong that it led them on a path to abandon much of who they were — effectively forgetting their mortal lives and becoming over time avatars of this desire. However, the Anima drought has revealed cracks in this facade of utter selflessness, with individual Kyrian for the first time turning against the goals of the Arbiter, the being who controls Bastion and seeks to maintain its fragile balance.

This means that the Kyrian could well decide to walk Azeroth for a time, perhaps to reconnect with the lives they left behind. And if they do, they’d be formidable allies to whoever they chose to work alongside. It should be noted that the mortal lives Kyrian left behind definitely come from both the Alliance and the Horde, so there are some tricky issues to consider in terms of which, if either, faction they’d ally themselves with. But they look awesome and I’d definitely be charged up to see them, plus as another winged race they could balance out the Stoneborn nicely.

There are other options that would make great Allied Races — the Venthyr that created the Stoneborn, the Ardenweald Dryads, even the mysterious Brokers who seek to profit from the Anima drought — but these four are enough to muse about for now. We still haven’t heard much about Maldraxxus and its army, too, and that could be an amazing subject for an Allied Race to help us explore.