The best way to gear up your alts in Shadowlands 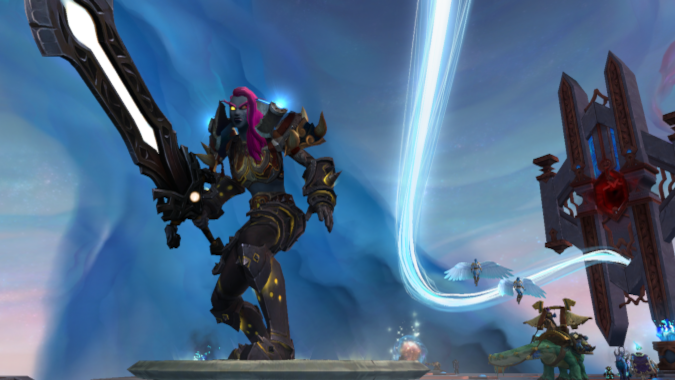 I will absolutely never really feel comfortable telling you the best way to do anything for a variety of reasons. When it comes to a subject as, well, subjective as the best way to gear up an alt, there are a lot of variables to consider. Is this an alt you’ll never run dungeons or raid on? Is it one you’ll be willing to spend a couple of hours a day on, or maybe an hour every other day? How geared up do you intend said alt to actually be? But with all of those variables out of the way, and the relative difficulties of gearing up in Shadowlands considered, I do have some suggestions for gearing up on alt as of the current patch.

Each of these approaches have different strengths and weaknesses to them. World Quests are gated by your current gear level and your Renown, which will require gathering some Anima, progressing in the Campaign, and running around in the Maw freeing spirits. The Covenant Campaign is also gated by Renown, and to get your Covenant set upgraded will cost you a fair amount of Anima as well. Legendary items will cost you gold or time spent mastering a crafting profession and send you into Torghast for Soul Ash, as well as to unlock the Runecarver in the first place. And PVP will require you to dedicate at least an hour a day running Battlegrounds, preferable Epic ones like Alterac Valley, the Isle of Conquest, Wintergrasp or even Ashran. So it comes down to how much time you can devote to it and what’s most reliable for you.

So let’s talk about the various options. 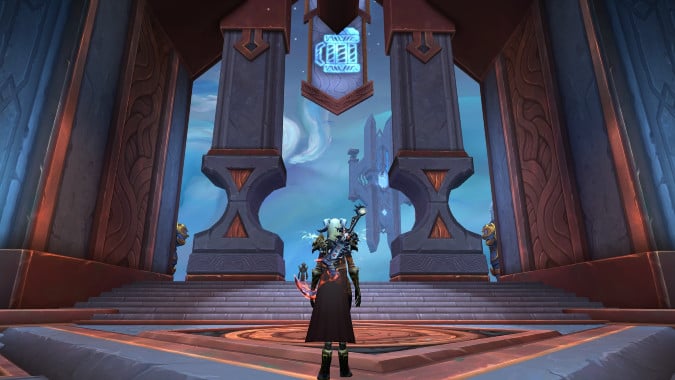 PVP for convenience and control over what you get

If you really don’t feel like dealing with Renown, going to the Maw or Torghast, or even running Dungeons or doing World Quests, PVP has potentially the best return on time investment for your alts. Just for Honor, you can buy ilevel 158 gear, and you can then spend Honor to upgrade that gear all the way to ilevel 190. The costs get steeper as you go along, of course — as one example, to buy a 158 2h weapon will cost you 1750 Honor, and to upgrade it to ilevel 184 will then cost you 6750 Honor. Meanwhile, to get ilevel 200 gear, you’ll need Conquest, which means doing Rated BG’s.

The upside of PVP gearing is, it’s entirely self contained and there’s no RNG involved. This means that if you want to go out and get your alt a full set of ilevel 158 PVP gear, you can do it by just running Battlegrounds — no need for an Arena team or Rated BG squad, you can just run one or two Epic Battlegrounds a day and eventually you’ll have gear in every slot and be ready to start upgrading it. You won’t need to run a single dungeon, do any Torghast, or fly from zone to zone doing World Quests.

You might still want to do your Covenant Campaign, however, as you’ll get gear from that as well. 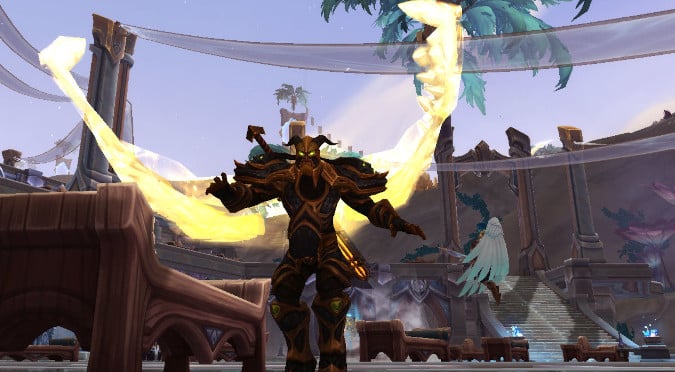 Covenant Campaign gear ends up being fairly good with upgrades

In fact, earning Renown and pursuing your Covenant Campaign ends up rewarding ilevel 190 gear by the end of it, the same ilevel as PVP Honor gear can be upgraded to. Also, Covenant gear can be upgraded to ilevel 197 for an ascending cost in Anima. In order for this to be a really viable approach, you almost certainly have to do the Maw and Torghast to progress the Covenant story by gaining Renown, and you’ll likely also want to run around doing World Quests and killing the various World Bosses for Anima.

At the end of the Covenant Campaign, in addition to a set of gear that starts at ilevel 158 and is ilevel 190 by the end, with the option to upgrade it all to 197 via Anima, you’ll also get a LFR quality weapon token, letting you pick up an ilevel 187 weapon, or weapon and offhand in some cases. This means a 1h weapon and a shield for some, or a 2h weapon and a shield you won’t be using, or a dagger and an offhand caster item, depending on your class and spec. This happens at Renown 24, which even with the catchup mechanics in place for your alt will still take longer than doing a BG every day for Honor, but it’ll probably be faster than upgrading your Honor gear. It will likely take a week or two to catch all the way up and finish the campaign, but the guaranteed drops at progressively higher ilevel make this a fair option when compared with PVP.

It will also mean that your Renown and ilevel increases will bump up the level of gear you can get from World Quests. So if you’re intending to go this route on your alt, at least there’s synergy. 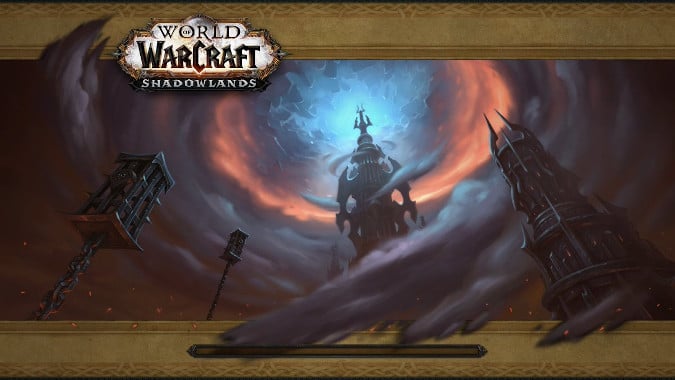 Legendary items require a bit of work. You’ll need to progress somewhat in your Covenant in order to get started in the Maw, which will end up making Torghast accessible, and you’ll need to run Torghast to grind up the Soul Ash. Then you’ll need to either have a max level crafter who has completely progressed to making the various base items you’ll need, or you’ll be spending gold on the AH. It’s time consuming and fairly dependent on doing other content anyway, but it’s worth keeping in mind if you are doing other content for gear to prepare yourself. It’s also true that to make a Legendary requires the Runecarver to be unlocked and for you to gather various memories of his, from dungeon and raid bosses, or available for purchase from various vendors including ones in your Covenant Sanctum.

Plus you can only wear one Legendary at a time.

So while it’s worth unlocking Torghast and the Runecarver and keeping your options open, don’t expect a Legendary to be the earliest piece of gear you collect for your alts. 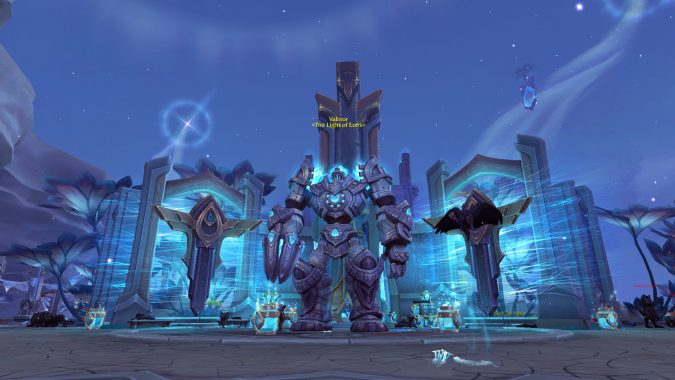 These are all sources of gear for an alt but each has its own complications. All of them suffer from the whole issue of RNG — maybe something will drop, maybe it won’t. World Bosses drop ilevel 207 gear, which is nice, and they also have a tendency to drop various Runecarver memories for your Legendary items. Dungeon gear can range in level, at level 60 the Heroic dungeons drop ilevel 171 gear and Mythic dungeons start at ilevel 184, so if your alt is lucky enough to have access to a group running Mythic dungeons they can clean up.

Timewalking dungeons also shouldn’t be ignored, because even an undergeared alt can probably get into and clear five of them in a week, so on a Timewalking week you can pick up an ilevel 200 item from Castle Nathria just by running those five Timewalking Dungeons. It’s definitely worth your time.

LFR requires ilevel 170, so if you’re hoping to farm up some ilevel 187 gear, please keep that in mind — it can be a long slog to get to that ilevel, and frankly you might want to PVP for gear and upgrades to that gear to get you there. But LFR, dungeons and World Bosses are all RNG based, so investing the time to run this content won’t guarantee you anything at all, whereas PVP will. If you get enough Honor, you will be able to get a gear piece.

World Quest items kind of combine that same guarantee — you look at the quest and it’ll tell you if it rewards an item or not. But the ilevel of that gear is linked to your Renown as well as your current ilevel, so it can take you while to gear up and you might as well work on the Campaign story while you’re at it for guaranteed set pieces. 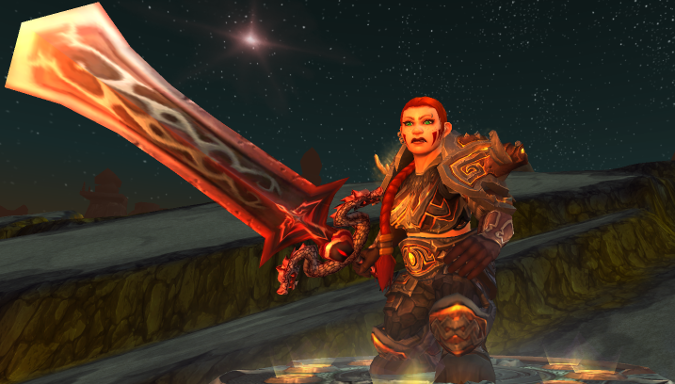 So what’s your alt’s best path for upgrades?

The best approach to gearing an alt depends on a lot of factors, but if you’re willing to sink the time into it, the best way to get reasonably good, solid gear is to run PVP and then supplement that with the various quests that boost your Renown so that you can do the Covenant Campaign for gear that starts at 158 and scales up to 190 by the time you’re at Renown 24. The Covenant gear will eventually hit up every slot except rings and trinkets, and you’ll get an ilevel 187 weapon from the Campaign’s finale as well. Use PVP gear to fill the rings and trinkets first, as they’ll be less expensive Honor wise and you won’t get replacements from the Covenant Campaign.

If you still have time after that, supplement with World Quests, LFR because those bosses count for the Great Vault, and then dungeon loot. If your alt can get into actual raids or a Rated PVP team of some kind, great, but if not, the easiest way to get them geared up will likely combine PVP with the Covenant storyline.