WRUP: It’s the squidding weekend and we’ve got an inkling at least one person will be kraken up from our puns 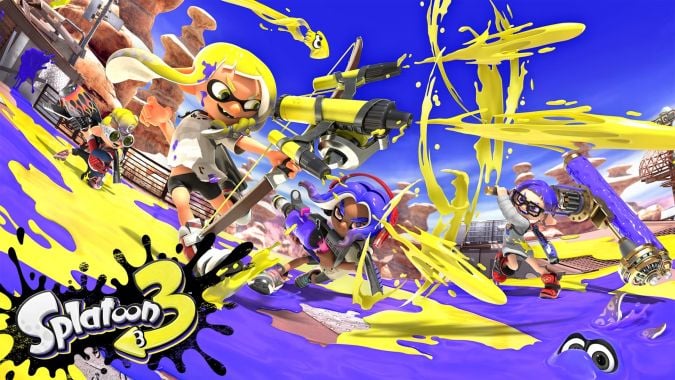 If you hadn’t noticed, these articles can occasionally skew slightly in favor of what yours truly is playing on a given weekend. But definitely only occasionally.

This weekend is one such occasion, and it should be no surprise why: Splatoon 3. I’ve been excited for more Splatoon for ages now, and the time has finally come.

This isn’t all me, however — our writers do, in fact, also play video games! And not just Splatoon-y ones! Let’s see just what they’re getting up to, shall we? It’s time for WRUP (What aRe yoU Playing?). Anna W. leads us off this week.

This is the final weekend of the summer playoffs in the LEC, which is the only region in pro League of Legends I watch regularly. I’m 99% certain that G2 will take another crown, but with how this split has gone, anything is possible.

I usually have some giant RPG gaming project underway at any given moment and this week I embarked on a new one. Well, technically it’s an old one. Atelier Sophie was my first exposure to the series about four years ago, but I never finished the story. I’ve dived back in to try and blast through the entire game so that I can get to something new with the sequel. That also means I’ll be humming the background music nonstop for the next few months. Serious earworm action in those games.

Gaming time has been eluding me these last few weeks, but when I’m able to play, I’ve been mostly focusing on my tried-and-true “comfort games,” such as WoW, Hearthstone, and Legends of Runeterra.

Other than that, I’ve played some Tokyo Mirage Sessions, but far less than what I’d have liked to, so progress has been very slow. Hopefully things will pick up again soon!

Saturday is the next session of Blizzard Watch’s D&D game, The Weirs. There is a show on Netflix that looks interesting called The Imperfects — is it comedy, horror, sci fi? I don’t know. Somewhere in that mix, about people in a lab with super powers, or monsters, anything of that sort I have to watch. And then my son will be playing Splatoon 3, which means, at some point, I’ll also be playing Splatoon 3.

They added transmog, y’all. And complete character customization. And both are better than I’ve seen in any game in the past ten years. Also a new DLC sometime next year but I don’t care about that yet. However, they also added cross progression where I can play the same game on my Xbox and my PC, and I know this because I’m doing it right now.

Quiet weekend for me gaming-wise, so I’m mostly going to putter around in World of Warcraft both current and future. Besides the return of the NFL (and week 2 of College Football) I’ll be rereading Harrow the Ninth, the second book in Tamsyn Muir’s “Locked Tomb” series, in anticipation of the third book coming out next week. 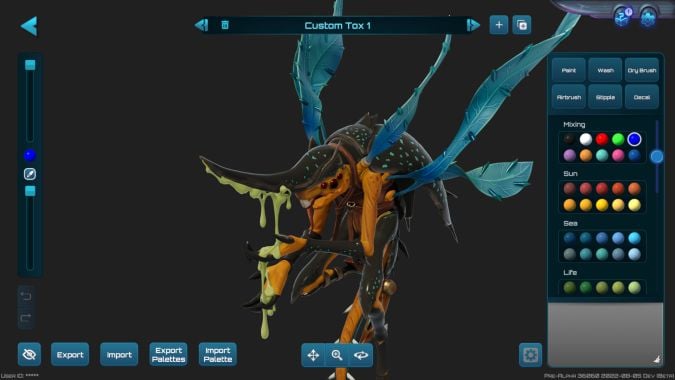 I got into the Moonbreaker Playtest so I will likely poke around in that if I have a spare moment or two.

Looking forward to some D&D this coming weekend and cracking open some more packs of Dominaria United MTG set.

Hopefully I’ll also have time to do some painting this weekend, because the weather is finally breaking to where sitting in my painting area isn’t prohibitive.

If you couldn’t tell, this weekend will be spent largely playing Splatoon 3. I’ve avoided spoilers and I’ve splatted in ‘fests. I’m ready to be a squid/kid/octoling again and just have some silly fun. When I’m not doing that, it’s probably Overwatch, WoW, hiking, or hanging with friends. But seriously, it’s gonna be a lot of Splatoon 3 this weekend.

I’ve been playing through Cult of the Lamb, but true to form, I feel bad about murdering my loyal followers in exchange for power from a malevolent deity (Mitch’s note: COWARD!)  :( I’m also getting kinda frustrated because the in-game clock and daily activities really limits the stuff I feel like I can do in the various minigames. I want to go run through the roguelike dungeon, but I also want to make sure my cultists are giving me the worship and loyalty I so obviously deserve. Decisions, decisions.

I’m hoping to get enough time to play Sam Barlow’s latest offering, Immortality, before it gets spoiled for me. His past games — Her Story and Telling Lies — have been powerhouses of narrative and acting, in addition to having very thoughtful gameplay aspects. The fairy tale thread running through Telling Lies in particular, and how they intentionally added red herrings that way, was inspired.

This is both a WRUP and a reminder: This week’s Epic Store free game is Hundred Days. It’s an indie winemaking sim game which I was initially excited about, but it fell off my radar a bit before its release. 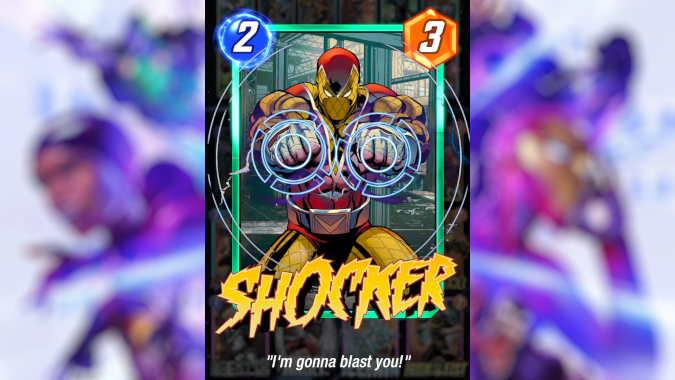 We have made it, my friends! The long offseason is over and the NFL season is upon us! We’ve got the Thursday night game, three Sunday games, and two Monday night games. For the next four months, a professional football team (Carolina Panthers) and two fictitious football teams (my fantasy teams) will determine large parts of my general mood.

When I’m not ensconced on the couch watching football, my son and I will wait to see if our copy of Splatoon 3 arrives. If it does, that will be our game of choice, but it will mostly be my son playing. I dominated Unreal Tournament and Dark Forces II: Jedi Knight, but those younger reflexes are far better at shooters these days. If it doesn’t show up, we’ll continue playing my son’s latest obsession, Luigi Ghost Mansion 3 multiplayer, and, of course, the new Mario Kart tracks.

SNAP released a new season featuring Nick Fury and the Triskelion. It’s been fun. The biggest benefactor seems to be Ronan the Accuser. I’m also playing a bit of Hearthstone. We actually got a new Brawl this week. While it doesn’t have a huge amount of replay value, I’m finding it quite fun.

That’s our WRUP for the week! I hope you all have a wonderful weekend full of splats and tunes. If you have a moment, why not let us know what you’re playing?