We no longer have to speculate on when Diablo 3's Season 20 is going to start, because Blizzard has finally announced that it's going to be on March 13. 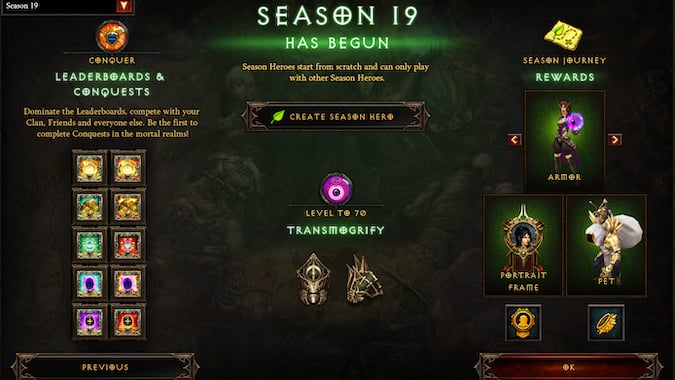 Blizzard let us know, ever so stealthily over Twitter, that Diablo 3's Season 19 is ending March 1, 2020.

Season 19 has begun in Diablo 3, and with it comes the Seasonal Pandemonium buff .

What have you been playing in Diablo Season 19?

I'm trying to decide if I can get away with an entire paragraph of pretending I'm playing anything but what I actually am this Diablo 3 Season.

When does Diablo 3 Season 19 begin? Tonight!

We now have official confirmation that Diablo 3 Season 19 will arrive on November 22nd, which is (surprise!) today. 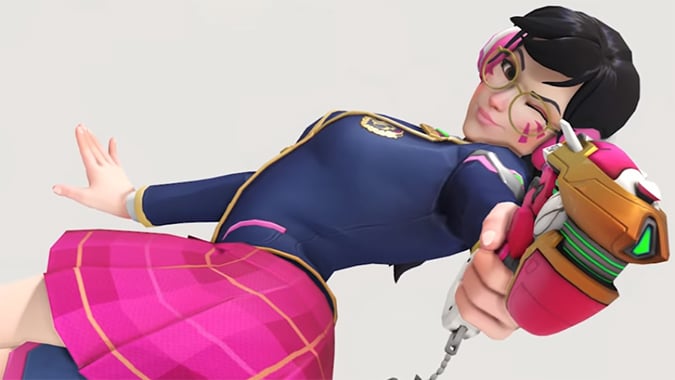 Time to warm up your bunny blaster -- Overwatch Competitive Season 19 is live now!

Hot on the heels of Diablo 3 Season 18's Triune buff-pools, the notes for the patch 2.6.7 PTR introduce the new buff for the upcoming Season 19: Pandemonium.