The impact of Hearthstone’s new wild mode on gameplay 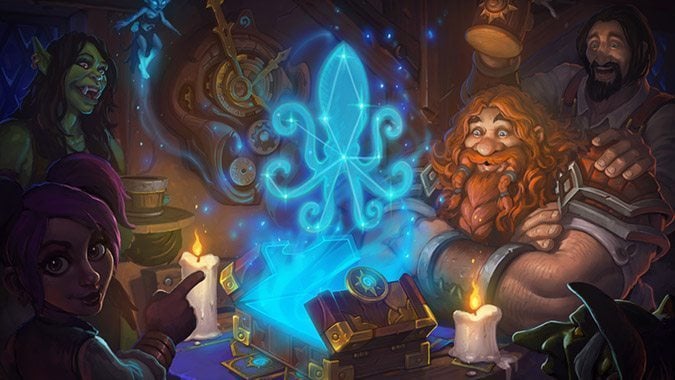 Those were the first words out of my mouth when I read about the upcoming changes coming to Hearthstone. Granted, I hadn’t finished reading the entire official news post yet. The thing is, I don’t often play Tavern Brawl. I hardly ever compete in Arena. As explained in the FAQ, only the new Standard format would be eligible for HCT (Hearthstone Championship Tour) points. My extremely distant aspirations of being a Hearthstone pro meant my competitive options were limited to Standard, which de-values a good chunk of my card collection.

But I’m getting ahead of myself. Let’s talk about just what’s changing in Hearthstone and what it means for players.

To summarize the major news this week, Hearthstone is introducing new game formats based on what cards are eligible and what cards aren’t:

That means I can’t use Loatheb, Sludge Belcher, Haunted Creeper, Piloted Shredder, Dr. Boom, and so forth in Standard. No Naxxramas or Goblins vs Gnomes cards can be used. Once 2017 arrives, Blackrock Mountain, the Grand Tournament, and League of Explorers will be ineligible for play in Standard.

I wasn’t upset at the introduction of the new formats — it’s what the game needs. Veteran players would lose interest because they see similar decks being played every season. New players who wanted to get involved have to play catchup with all the sets that were released. They have to craft Dr. Boom, they must unlock Loatheb to have a chance. I can only imagine how daunting it can be for someone who wants to jump in! Now the pressure to craft those cards isn’t extreme since Standard limits what cards can be used. Eventually, new players will be able to create those cards with dust to use in Tavern Brawl or Wild, but they won’t be necessary for Standard play.

I don’t necessarily agree with the idea of keeping Classic and Basic cards in for Standard. It’s one of the largest blocks of cards available to players and my worry is that the same set of cards or decks will continue to appear with slight variations. A better option might be to cherry pick a selection of cards from the Classic sets and rotate out expansions to create a “Base” set. For example, you could select cards like Ragnaros, Knife Juggler, and Loot Hoarder out of Classic. Out of Naxxramas, the set could include Sludge Belcher and Nerubian Egg with a class card from all the classes. From Goblins vs Gnomes, toss in Explosive Sheep and Mechanical Yeti (but leave out Piloted Shredder and Dr. Boom). After the season is up, change the cards that would be legal in Standard. A card like Big Game Hunter, which will be available in Classic going forward, is going to limit the developers’ capability to come up with new card ideas because they must keep that card’s power in mind.

Anyway, the point is to have a base set of cards that would rotate in and out every year to add increasing diversity while still allowing for subsequent expansions and adventures to help shape out the season. That’s what Magic: the Gathering did for a long time with their “core” sets where cards were added and removed throughout the years in order for them to be legal for use in their standard format.

Not every card may make it over to Standard. Certain promotional cards are on the fence.

There are concerns about adventures being phased: will newer players not have the opportunity to check them out because the cards are no longer relevant? Developer Yong Woo did confirm that they’re exploring ways to bring them back into the game sometime in the future. Maybe the Naxxramas adventure could undergo a World of Warcraft style reboot where the actual raid dungeon was introduced later again with a modified difficulty.

@XcMtbGamer @LotiPodcast @PlayHearthstone @bdbrode we're excited to make use of that content in the future. Haven't decided on the details.

Oh yeah, and deck slots are doubling from 9 to 18. You can preserve your existing decks and create new ones for Standard once it goes live.

Speaking of decks, let’s check out and see what decks will be expected to thrive or crash in Standard. There’s no point in going into further details about must-craft cards as the Hearthstone team will be nerfing and buffing some of those cards soon.

This is going to be another fun and interesting year for Hearthstone! Do you plan on competing in the Standard ladder or the Wild ladder? Or do you plan to tackle both?

As for my despair, I’m just disappointed that I’ll never be able to wield my gold Dr. Boom in Standard…