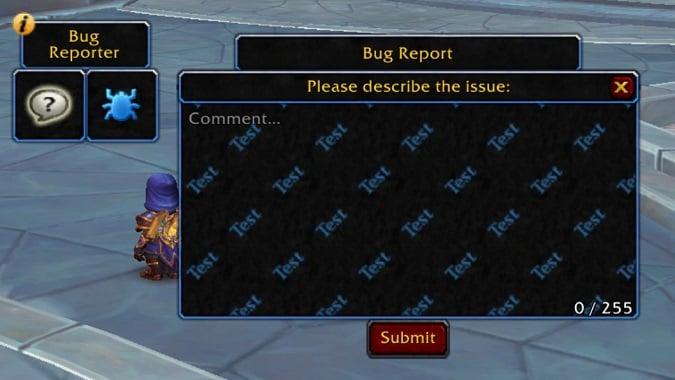 The Shadowlands alpha is up and running, and so you’re about to see a limited group of people gain access to World of Warcraft‘s next expansion. A lot of information about all of the system changes, the new zones, the new spells, and everything else that we can see is about to be revealed. (A lot of it here on this very site so stay tuned!)

It’s important to keep in mind that while alpha and beta testing has long been interpreted as a hype machine for expansion and/or game sales, from a software development perspective they’ve always retained their primary purpose: get feedback on the product in development and correct as many bugs and errors found as possible before the product sees wide release.

You might want to say, “but that’s what Quality Assurance is paid to do, why would I do it for free?” The  reason why folks outside the company get access is because the people inside Blizzard recognize that they can make mistakes, both when they’re coding stuff, and the QA team itself recognizes they can’t catch every bug that can potentially happen. Crunch is still a thing. Milestones still need to be hit, and even if a release date hasn’t been announced publicly, the team inside knows they have to have the game locked (to a certain point) so the game can get out the door. Asking other people to check their work before it hits the shelves is like you asking your classmate to look over your essay to make sure you spelled everything right. You’re not paying your friend to do it — okay, maybe in pizza — but they’re doing it because they want you to get a good grade and you’d return the favor if the tables were turned.

To put it simply, alpha and beta testing is Blizzard asking their friends — us — to look over their work and make sure it passes muster. We want the best game possible, so we’re answering that call for feedback by giving them feedback they can actually use. It turns out that’s not really hard to do.

An old friend with some experience in game QA (who requested I not link their account directly) dropped a bunch of knowledge about what’s good and less-good feedback. “‘This zone sucks’ doesn’t give any hint of why the user disliked the zone,” they said. More actionable responses might include “this zone is too dense with side quests/mobs, it feels overwhelming” or “this zone is too sparse and visually unappealing, I wasn’t interested in being there for long” or “this zone’s climax felt weak in comparison to the others, so the experience fell flat.” All three are examples of negative feedback, but “they are both brief and specific about what put the player off about a zone.”

As an aside, taking time to issue positive feedback, like “this ability feels great because (insert reasons here)!” or “this storyline was completely unexpected and good!” or “MORE SWOLE OWL BOIS PLZ” are all ways to reinforce decisions made by the design teams and show when something worked versus only pointing out when something didn’t work. Even if the objective isn’t to see something changed, it’s fantastic validation to a dev who might have lobbied hard for a particular quest series or ability and put in a lot of work to make it shine as a result.

To reinforce what Lead Rewards Designer and Glorious Moogle Overlord Russ Petersen set forth, just laying out how something made you feel is enough. “This is boring” has a different meaning from “I felt bored playing this because it was overly repetitive.” 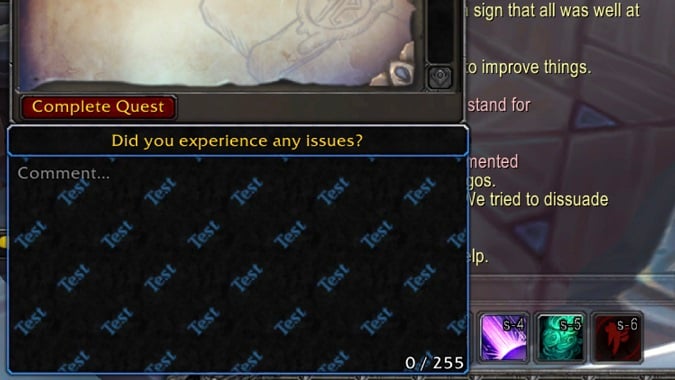 Finally, when it comes to where your feedback should go, if you’re in the alpha, there’s a feedback button you can use specifically for that purpose. Whenever you complete a quest, you’re asked for feedback about it as well. If you’re not in the alpha yet, but seeing stuff on streams or elsewhere, commenting about it on fansites or tagging the official channels on social media are good ways to get your feedback collected. An important thing to call out regarding where to direct your feedback: individual Blizzard employees aren’t the ones to throw feedback at. You’re better off aiming @WarcraftDevs, @Warcraft, or the non-English language account that you feel comfortable with. The people running those accounts are equipped to take feedback where it’s supposed to go. A writer or an artist or a system designer, all of whom are on their personal unofficial accounts, are emphatically not.

A key thing to remember is that you shouldn’t expect any response to your feedback. Our task is to point out when the game is being difficult or impossible to play or enjoy. The response is addressing that problem in advance of the game’s actual release, not fixing it right right meow and letting you personally know when they’ve adjusted the code to your liking.