Should you be able to play WoW like a solo, open-world RPG? 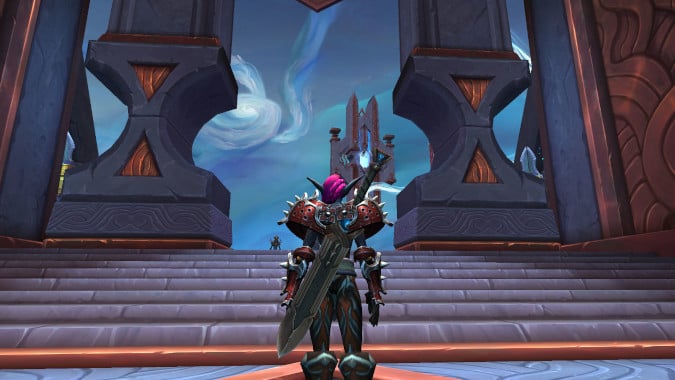 I’m in a guild, and I raid with my guild when I can make the raid times. My guild is full of cool people, and I’m usually pretty happy to go along on dungeon runs or Mythic+ — plus, I’m not exactly antisocial in World of Warcraft this expansion. But I still do almost 80 to 90% of my time in the game by myself or with my wife, and to be honest, that’s how I prefer the game.

I don’t really like to run group content as much as I like to explore the world. I don’t like to group up with people I don’t know, even though I’m forced to in Shadowlands to get gear and progress my character a lot more than I was in Legion or Battle for Azeroth. Frankly, I treat WoW like a big, sprawling open-world sandbox, where I am most content going to places, doing some quests, and leaving. 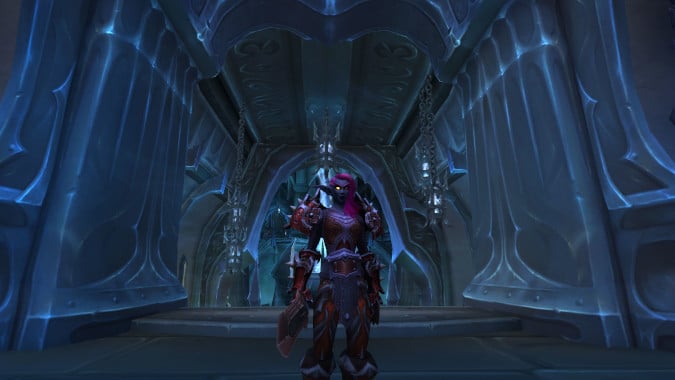 Am I everything that’s wrong with the game?

It certainly feels like I’m out of step with Shadowlands and the current design of WoW. I loved how Battle for Azeroth treated gearing. I was wallowing in the game, running around the map finding all the World Quests with gear, getting excited with every Emissary chest that I knew would provide a gear upgrade or at least a sidegrade once my gear was at a high enough ilevel. The current expansion provides no such love for me. I can’t pretend I’m surprised by this, and I have switched my solo/small group play focus to the Covenant Campaign quests — the Covenant armor can be upgraded and it provides a decent stopgap for pieces that haven’t yet dropped for me.

But World Quests are meaningless to me now. In Battle for Azeroth, I watched the Emissaries carefully and was always excited when one rewarded gear of some kind, even if it ultimately didn’t end up being an upgrade. In Shadowlands, I do the Callings mechanically, not out of any hope of an upgrade but because I might get a Conduit and there’s a good chance I’ll get some grey vendor trash which will net me a thousand gold or so. The focus of the game has shifted, and I’m doing more groups than I have in years, social anxiety and my physical handicap simply making it harder.

But it’s clear that’s been the goal — getting players like me who are reluctant to do group content into dungeons, into LFR, into PVP and Mythic+ and raiding. And it’s working — the general opinion seems to be that WoW is best when it is a social game built around group content and you should be a social butterfly interacting with other players on as constant a basis as possible for the health of the game. Players like me — players who can take or leave grouping, players who enjoy just going to a zone, doing some quests and leaving with a tangible reward for time spent — are not good for World of Warcraft. Gear in general is harder to get, requiring more participation in group content if you want to be able to be secure in upgrades. There’s Torghast, but outside of the Legendary items you can craft thanks to the Runecarver, Torghast doesn’t really offer any material reward for completion.

Did I hurt WoW by not running in groups?

World of Warcraft has moved the needle back towards the multiplayer in MMORPG with Shadowlands, and I wonder — was I the problem? Because here I am, grouping up, running dungeons, doing raids. Clearly I was willing to do those things, if I felt it was necessary. But I didn’t want it to be necessary, and I was catered to, at least to a degree, for the past four years. I mean, I never had the best gear. But my Artifact was up to date and I had good gear in Legion, and I was floating around ilevel 120 when the level squish happened — solid enough to start Shadowlands and not need any gear upgrades until Ardenweald. I didn’t get a cloak upgrade until Heroic dungeons.

Was I hurting WoW by preferring to play the game solo? Was my insistence on treating Azeroth like an even bigger sandbox, a kind of mega-Skyrim, bad for the game? I have to wonder, because it’s definitely the case that I’ve become, grudgingly, a more social player. But I don’t know how much I really count as actually socializing. I talk in guild raids, but in dungeons I’m fairly quiet — I’ll say things if I feel it necessary, but overall I generally just queue up, run the dungeons, say Thanks for the run at the end, and then I leave. What am I really adding to these dungeon groups? Competence? Is being a competent player who doesn’t go out of his way to be a jerk, who shows up, kills stuff, and leaves really worth forcing me to engage in gameplay styles that I’ve simply lost the taste for? I don’t know. 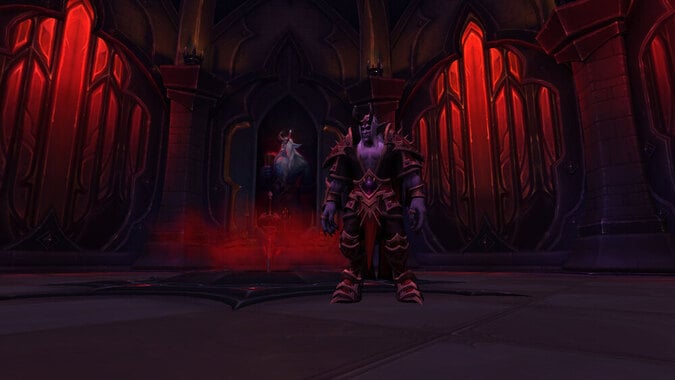 I am neither an excellent nor an abysmal player. My handicap and anxiety keep me from being truly great, but I know the game, I don’t make many errors and the ones I do I learn from and usually don’t repeat. My DPS is tolerable — not at the top of my raid, but playing a Fury Warrior right now I’m doing surprisingly well keeping at the middle of the pack, frankly. I honestly can’t tell if I’m making groups better or worse by my presence. I know that I’m an excellent tank, but my guild already has two tanks, so why should I worry about my tanking spec? There’s no change WoW could make that would move me to tank for strangers in Heroics or LFR and I don’t see much call for me to tank a Mythic+ group, since most of the people I know who heal are over on the Horde side at the moment.

So I’m in a weird place, where I’m basically pushing myself to be as social as I possibly can, but it doesn’t come naturally after four years of not having to do it. And I wonder — if, as some people do, you argue that WoW was in a decline and is now restored, am I one of the reasons for that decline? Is my desire to play WoW like a giant open world, to just travel around doing the equivalent of a bounty from Diablo 3‘s Adventure Mode bad for the game? Should an MMO require you to be in multiplayer content to progress, and does it hurt the game when players like me opted out in Legion and Battle for Azeroth?

I don’t know. I suspect we’ll find out over the course of Shadowlands.