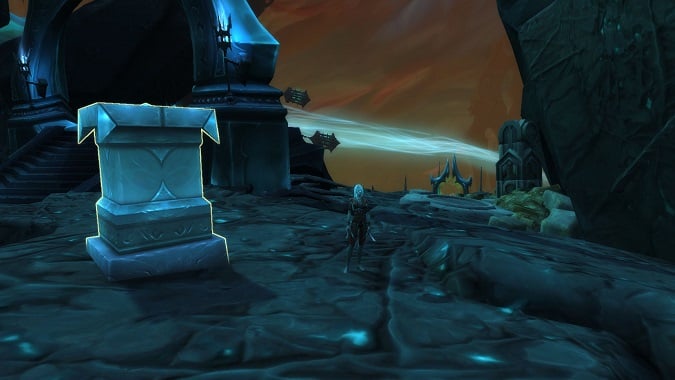 Shadowlands patch 9.1.5 added a lot of quality of life features for those of us adventuring in the Maw and Korthia — alts are now able to skip the Maw introduction, and those farming Archivist’s Codex for item upgrades will have better acquisition rates. Our old friend Ve’nari is also helping out by providing new ways to get around the Maw. The patch content preview didn’t provide details, however, so it may not be obvious how to unlock or access the new travel paths.

The main system to get around is the Animaflow Teleporter, located in Venari’s Refuge. Access is acquired by purchase of the Anima Stabilizer when you reach tentative reputation level with Ve’nari, and it’ll cost 1650 stygia. Unfortunately, it’s not an account wide purchase, so you’ll need to unlock it on every toon, and it’s important to note that these are 1-way trips, so always check that you have a Cypher of Relocation in your bags before heading out.

The two new teleport options as of patch 9.1.5 are:

Perdition Hold — this teleport takes you to the main entrance of Perdition Hold just south of Zovaal’s Cauldron. Unlocking this teleport option requires you to complete the quest Rule 5: Be Audacious, available from Ve’nari at Tentative reputation standing. This teleport is not unlocked account wide, so each of your characters will need to progress through the Rule 5 quest to use it.

Desmotaeron — tired of struggling to reach the entrance of Sanctum of Domination or the world boss Mor’geth? If so, this is the teleport for you as it takes you right there. This has been the biggest question mark of new options, however, as many players are confused as to how to unlock it — there is no item to purchase or breadcrumb quest, it’s either already available for you or it’s not. Fortunately, it has been determined what unlocks this access: the Sanctum of Domination achievement, granted by beating every boss in the raid at any difficulty (including LFR). Unfortunately progress on the achievement is not account wide so it has to be done on one character, but the reward is account wide so once one character has earned the achievement all your characters will have access to this teleport. 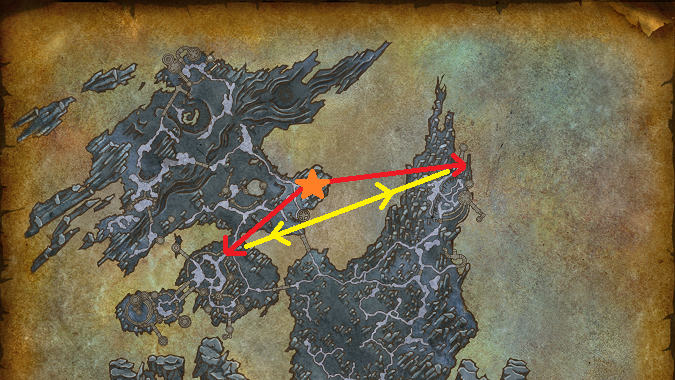 From one bad neighborhood to another with Chaotic Riftstones

Back when you first reached Apprehensive with Ve’nari, you were able to purchase Encased Riftwalker Essence in order to use the various Chaotic Riftstones in the Maw to travel. It wasn’t entirely useful, as there were only two pairs to go between, but it did help occasionally. Well there’s a third set of Chaotic Riftstones in the Maw, and they are a lot more useful then the other pairs.

These two new Chaotic Riftstones are located in the exact same location as the destination for the two new Animaflow Teleporter options, and unlike the teleport they work in both directions. Working on the Necrolord Assault when you realize you’re almost late to raid? You can head right over!

While that situation is admittedly uncommon, because the two new teleport options require some effort to unlock, you may find that a character on your account unlocked only one of them. In that case, you can take a longcut via the Chaotic Riftstones to navigate from one to the other.

The Maw is still not the easiest place to get around, but each patch makes it better. In a zone where flying is likely never going to happen, every new option to travel faster is a good one.