How was your Overwatch 2 launch day experience? 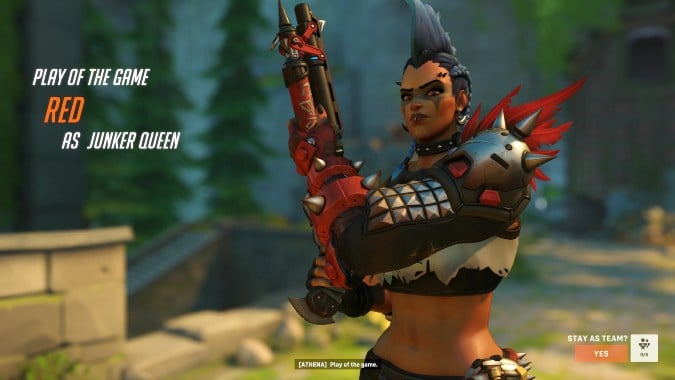 Overwatch 2 is finally out — the wait was very long, but the PVP experience of the game is now playable, with its three new heroes (Sojourn, Junker Queen, and Kiriko), a new game mode, several new maps, and an assortment of other changes, including the shift from 6v6 to 5v5 — which is actually far more impactful than it may sound. (Sadly, the PVE portion is only arriving in 2023, as seasonal content.)

As is to be expected of any big game launch, there were some… launch day issues. Right as the game came out, server queues were already a common sight, and they grew longer and longer into the night. Console players often couldn’t login at all, and the same was true of players who had merged accounts. Those who did get in were sometimes kicked out to the login screen again — it happened to me at least once. And just as those bugs were getting ironed out, lo and behold: DDoS attacks began afflicting the game’s servers.

Still, despite all of those hardships, many of us were able to get in and play a few games — and we were greeted by a brand-new world. And I’m not even talking about changes that are auxiliary to the main play experience, such as the addition of a new Battle Pass system, or the new shop with its many new skins, the daily and weekly objectives, or cross-play, or Seasons, or anything of the like: your actual gameplay experience was likely very different, not only because of the change to 5v5, but also due to the number of adjustments that many of the existing heroes got. Bastion is like a completely different character! Orisa is drastically changed as well! Doomfist is a tank now! And there are the aforementioned three new characters who joined the fray, and who we have to learn how to play with and against.

So, in the end of the day: how was your Overwatch 2 launch experience? Were you stopped by the walls of login queues and server crashes, or did you manage to actually play a few games? What did you think about the changes? Are your favorite heroes still basically the same, or did you have to relearn how to play them? Is the adjustment to 5v5 taking some time to get used to, or are you already familiarized with it? Let us know all about your first day of Overwatch 2 — hopefully, the first of many.