Raynor returns once more to this week’s free hero rotation 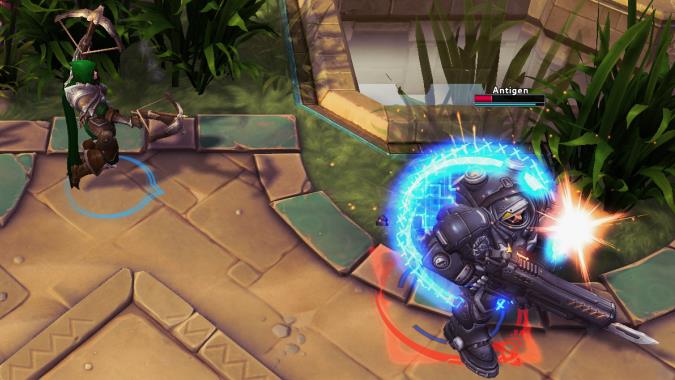 Happy Tuesday, everyone! Now that we’ve survived yet another Monday, it’s time for a reward in the form of this week’s batch of free hero rotation in Heroes of the Storm. And in an yet another occurrence of yesterday was Tuesday, but today is Tuesday too, Raynor is on rotation again. When will he stop being on rotation all the time? If only we knew.

After last week’s release of Xul, we’re back in a place where we don’t know which new hero will be arriving next — which should be in two or three weeks. The only hero that has been announced is Overwatch’s Tracer,  who came up at BlizzCon. However, Blizzard suggested Overwatch heroes won’t be arriving until after the game’s launch, which would mean Tracer is still a couple of months off. So just who is next? After two Diablo heroes, perhaps Blizzard will return to the StarCraft or Warcraft universes for their next heroes, with Tracer and company arriving closer to the Overwatch launch date… but time will tell what Blizzard has in store for the Nexus.

Whatever’s coming next, though, we have another new batch of heroes this week, and you can check them out alongside the team’s commentary below.

Update: The Heroes team has announced we’re getting another round of balance changes tomorrow, affecting a whole host of heroes, including Zagara and Kharazim from this week’s rotation. We don’t yet know what the changes are, and they could as easily be buffs as nerfs, but here are the heroes to watch: Falstad, Greymane, Li-Ming, Valla, Abathur, Zagara, Kharazim, Artanis, and Sonya. We’ll let you know what’s changing when it’s announced tomorrow!

Now, back to our regular weekly rotation. To start off, we have a poem (of sorts) from Mitch about our new favorite hero, Xul:

Liz: With his recent nerfs, I wonder how he’s going to fare this week.

Liz: He was last on rotation the week before last, but now he’s returned for revenge. RAYNOR PART TWO: THE RAYNORING. Well, except for the fact that he’s been on rotation way more than twice.

Anna: When you’re talking about newbie-friendly heroes, you’ve gotta toss Jimmy Raynor in the mix. What he lacks in activated skills and pizzazz he makes up for with relatively forgiving ones. If the Heroes of the Storm were chex mix, Raynor is pretzels. He’s fallen out of favor a bit in the pro scene but he still serves from time to time as a solid presence in lane and brings a great buff for team fights.

Anna: I like Zagara for newbies because, like many of my other favorites, she has a few builds which rely heavily on auto attack damage. While there’s a lot more depth to her play than that, building heavily for auto attack means that you can focus more on things like lane placement and team dynamics than making sure you land skill shots, etc. Zagara’s creep helps with that even more, because of the vision it gives you and your team.

Mitch: Kharazim similarly is difficult to be effective as a solo Support, but he’s much better at being a DPS hiding in a Support’s skin. He’s usually my go-to for Support dailies because I can go full-damage builds and wreck some face. Or I can go a hybrid build and still stay alive while surprising enemies with bits of burst.

Mitch: Morales can be one of the best or worst Support classes to have on a team. In random groups and/or with no other Support heroes, it’s very difficult to make full use of her. She is probably the worst Support when it comes to lane clearing which means it’s best if you stick her with another hero… which requires a bit of coordination. I didn’t find her very fun, but I’ve been in games (as recently as tonight) where I was up against a good Morales on a coordinated team and she pretty much kept us from doing anything.

Mitch: Arthas is… well, he’s good, but nothing special. He’s great for slowing and the biggest thing you’ll have to get used to is using his D — ahem — often. It’s not a passive trait and if you don’t use it on cooldown, you’ll be missing out on a significant portion of damage (and potentially mana return). Though if you’re going to play an undead master of the dead, just play Xul because he’s great.

Mitch: If the hostess with the mostest were the one who cleared lanes quickly, Johanna would never be hired to host anything. But she is a very effective tank! She is probably one of the tankiest heroes in the game right now and is great for engaging in team fights and blinding melee-heavy compositions. Her trait is another one you need to activate but it is incredible for escaping from stuns and giving you last-minute survivability you really can’t get from even Ice Block.

Anna: Muradin is a good tank pick for a newbie. He has a lot of escape capability, plus his Second Wind healing makes him less likely to get picked off. Overall he’s a bit more forgiving if you’re not sure what’s going on. He also has a skill shot, so you can practice doing that too.

Mitch: I don’t actually play Muradin that often but he’s a pretty solid choice if you’re new when it comes to Warriors. Also he has a skin where he becomes a giant chocolate monstrosity and can you really go wrong with that?

Mitch: Rexxar is not really made better by any amount of chocolate. (Can you tell how much I like Rexxar?) If, however, you insist on giving him a try, I would test him in an all-A.I. match first just to get the hang of him. If you’ve never played a multitask hero before, he’s somewhere in between Abathur and Lost Vikings in terms of easiness — though none are particularly easy. Also, it helps if you rebind his “1” ability to a key you can hit frequently, as you’ll want to re-position Misha often. Lastly, Rexxar does have one redeeming quality: his endless supply of birds. I like to imagine myself yelling, “BIRD!” every time he throws a bird from nowhere at his enemies. The “imagine” part of that sometimes becomes less imaginary and more “I’m totally yelling this right now.”