Greymane makes his premiere in the hero rotation 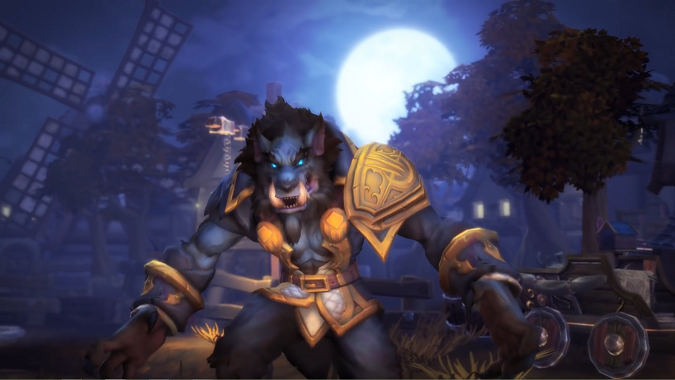 Happy new hero rotation Tuesday, everyone! It’s time for a fresh batch of free heroes in Heroes of the Storm. This week we see Genn Greymane on the rotation for the first time, so anyone who’d been holding out for a chance to try before buying will finally have their opportunity. (Spoiler alert: We’ve really been enjoying Greymane.) Balance changes last week also hit one of the heroes on the new rotation: Falstad, who received a small buff.

On top of that new hero Li-Ming will get a price drop to 10,000 gold, so budget buyers will finally be able to get their hand on the rebellious wizard. However, nerfs are headed her way: last week the developers said that Li-Ming is a bit too strong and needs to be adjusted downward.

And players should be wary of a lag bug involving Stitches. As reported by Zoia from Tempo Storm, using his Hook ability seems to cause a lag spike that can last up to 20 seconds. This can really disrupt your gameplay, so be careful if you run into Stitches this week.

Instead of kicking off this week with a poem, I offer some, uh, insightful commentary from Paladin columnist Dan Desmond:

Soldier: 76 is always a solid option when attacking. He’s also a great entry-level character for those looking to get into the game with his simple mechanics and self-heals.

Torbjörn is enjoying his dominance of chokepoints with his overclocked turret. Hopefully Blizzard tones him down some, I’m getting a bit tired of every “Play of the Game” featuring Snorebjörn’s turret while he’s off running in circles. [Ed’s note: The Raynor of Overwatch?]

Zenyatta has a nice mix of offensive and defensive power, marking targets with Orb of Discord and healing a friend with Orb of Harmony. Also his ultimate never fails to draw some fire.

Winston, in the right hands, is downright frightening. Seeing a giant red ape leap into your defenses and swiping your teammates aside like ragdolls will leave you needing a new pair of…

Well, Overwatch is almost Heroes of the Storm, right? Ish? Oh well, let’s head on to this week’s actual rotation.

Anna: Falstads are going to be pleased to be teaming up with Zagaras this week. Zagara’s creep vision makes it a much safer proposition for Falstad to Flight around the map. He also has great escape and chase capability, as long as his opponents aren’t mounted up.

Genn Greymane — check out our guide to Greymane

Mitch: Just play Greymane. He’s great and also the best and also also lots of fun. Weaving in and out between ranged and melee and having multiple ways to literally leap to the kill is some of the most fun I’ve ever had in Heroes. He takes some getting used to but he is exactly the type of hero for me, and up until his release, I’d thought of myself as a Warrior person. If you don’t find him to your liking or can’t seem to have fun, uninstall the game, you filthy casual! (Or ask in this post/on Twitter and I’ll gladly fanboi over him some more.)

Raynor — check out our guide to Raynor

Liz: Ugh. Not that Raynor’s bad, but he is boring and I think I speak for all of us when I say I’m tired of seeing him on the rotation.

Anna: Zagara’s vision and long-range poke is making her a favorite on the competitive scene. She doesn’t have a ton of burst, but the vision granted by her Creep is worth the price of admission all by itself. So just Creep. Keep it on the (cool)down low. Her banelings can also soak up a good number of tower shots, making her a good choice for early siege pushes.

Anna: Tyrande has been incredibly dominant for a long time, but a recent balance pass gave her some nerfs, DPS especially, that makes her slightly less OP. She’s still a very solid Support, but she isn’t quite as strong as she was before out of the box.

Joe:  I like launching myself as Muradin. Something equal parts fun and awful about literally tossing a dwarf.

Anna: Muradin is probably my second favorite Warrior to play after Sonya, and definitely my favorite tanky Warrior (though if you’ve read previous rotation posts you know that’s not a very high bar to meet). Dwarf toss is both fun and useful. Overextend? Chasing? Not anymore! He has a whole lot of stun utility too, so watch it, especially if you’re playing my favorite Warrior, Sonya.

Anna: Sonya is in a place where she feels very powerful and she’s hitting her stride right when bruisers are popular again. As always, even though Leap is the worse of her two heroic abilities, I have a lot of love for the ooooAAAAAHHH. Because this week is particularly stun heavy, whirlwind with caution. One stun and your whirlwind is on cooldown, you haven’t healed at all and you wasted a ton of Fury.

Tyrael — check out our guide to Tyrael

Mitch: My former main, he’s a lot of fun for his respective role — although one of the worst heroes when it comes to maintaining mana.