Everything we know about WoW’s Shadowlands expansion

At BlizzCon 2019 we got the show-stopping announcement we’ve been waiting for: World of Warcraft‘s eighth expansion will be Shadowlands. We don’t have a release date beyond “2020,” or even a beta ETA, but we do have a whole lot of information about the expansion already.

We’ll start off with a look at that incredible cinematic trailer, because we can’t resist watching it again.

After disavowing the Horde and the Forsaken both in Battle for Azeroth cinematic Reckoning, Sylvanas fled to Windrunner Spire. There, she touched base with some loyalists, including her Val’kyr and Nathanos Blightcaller, ominously saying she had unfinished business to attend to. Then, she went to Icecrown Citadel and confronted the current Lich King, Bolvar Fordragon. After defeating him in single combat she shattered the Helm of Domination, and in doing so shattered the veil between the living and the afterlife.

In Shadowlands, we’ll be going into that afterlife, which is separated into six different areas, representing the different types of souls we’ll encounter. The first is Oribos where souls go to be judged, which will likely serve as the main city hub this expansion. Four more areas will be our allies in the form of Covenants, which house souls of different varieties, from the lightsworn to flawed souls in search of redemption. The final area is The Maw, where only the worst of the worst — the irredeemable — go after death. The Maw is an endless black prison, which is headed by a mysterious figure known as The Jailer.

No soul has ever escaped The Maw except Sylvanas, and it seems as though she’s done so by making a pact with The Jailer. It appears that everyone who has died since Sylvanas made her deal to escape The Jailer in Cataclysm — from Tirion Fordring to Saurfang to the innocent children burned alive at her command in Teldrassil — are now in the eternal torment of The Maw.

A central part of Shadowlands gameplay will revolve around Covenants. Each Covenant will have a distinct look and feel, and give different rewards, like some really amazing cloaks. They seem to be somewhat similar to our Class Halls in Legion — or the Houses in Harry Potter, as many have pointed out since the announcement. The panel where this was fleshed out a bit further also cited lore figures we’ll find in each place that exemplify the aesthetic and feel of each of these four factions.

The Kyrian are those “called to service,” and their aesthetic is strongly bound up in The Light and the Val’kyr, with the example of Uther the Lightbringer. The Necrolords are those who are powerful and strong with the will to survive, like Thrall’s mother Draka. The Night Fae are mystical and natural, like Cenarius. Lastly the Venthyr are souls which are flawed but redeemable, with Kael’thas Sunstrider as the exemplar.

All the rewards have yet to be fleshed out, but we know we’ll be getting some really amazing back augmentations, like wings inspired by the Spirit Healers for the Kyrian. Your Covenant will slowly develop as you play it, like Suramar, with alliances — and portals — being formed over time. Covenants also give us new abilities, regardless of the class we play. You’ll also get to form close relationships — no, not that type of relationship, Bioware fans — in a new mechanic called Soulbinding.

This is the expansion where we’re finally going to have a level squish. Shadowlands will cover levels 50-60, and you’ll be able to essentially do levels 1-50 in any other expansion. Going through those pre-50 levels will also be significantly faster than before. Alts also get a bit of love, with a “New Game+” experience, where many things are already unlocked after you already unlocked them with another character.

The design intent seems to be focusing more on class identity for the first time in a long time. Many iconic abilities which were taken away in previous expansions will be given back, like Paladin Consecration or Hunter’s Mark. Along with this, it looks like we’ll also be getting class armor sets. 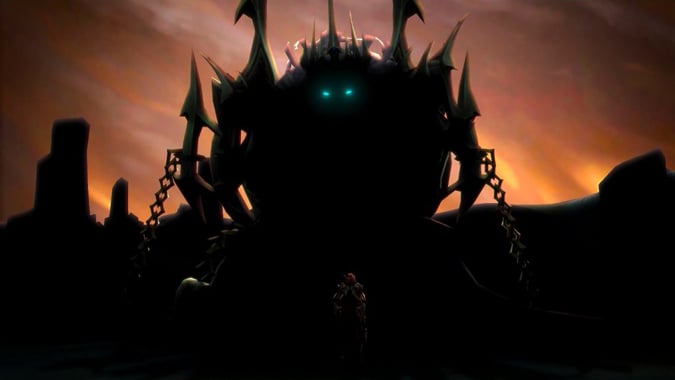 Though raids and dungeons are both in our future, at this time we don’t have a lot of information about many of them. The only one discussed is Torghast, Tower of the Damned, a unique experience which scales from one to four players. The way they described it sounds a bit like a roguelike, where you go in and try to go higher than you did last time, with ever-changing layouts and very low expectations. There are some very interesting lore implications in Torghast, though. 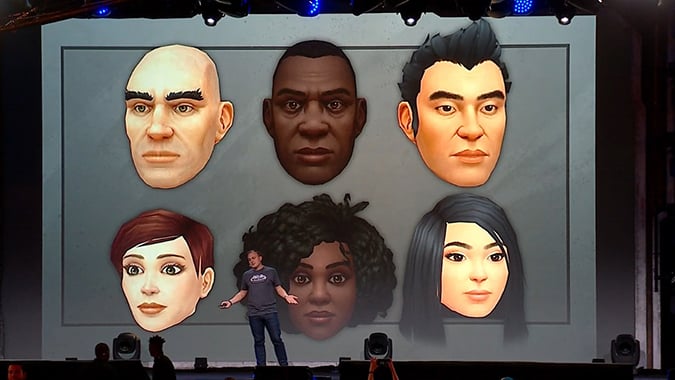 One thing you certainly won’t be able to do in Shadowlands is raid with the opposite faction. There’s no plan to end the Horde vs Alliance divide. However, another old question was answered with a resounding yes. We will be able to transmog Legendaries sometime soon. The dev team is also, adding additional customization options for humans, including darker skin tones, curlier hair textures, and different eye shapes. Trolls and Dwarves both get warpaint options, and Undead will finally be able to hide their bones.

If you just can’t wait to get to the titular Shadowlands, you may want to pre-order now, because if you do so you get access to Pandaren and all the Allied Races as Death Knights once patch 8.3 launches. They’ve added an additional Collector’s Edition, so make sure you figure out which one you want before you buy.